A researcher taking part in aerial surveys around Cape Cod Bay has captured a very unusual photograph of three rare whales together.

While two of the species, a North Atlantic right whale and sei whale, are found in these waters, the third member of the image, a bowhead whale, is not usually seen in the area. It is probably the first time all three species have been recorded in a photo together.

This is only the third time in recorded history that a bowhead, a species related to the right whale that inhabits the Arctic ocean and the far northern reaches of the Atlantic and Pacific oceans, has been seen so far south in the North Atlantic; the first time was in 2012, when CCS scientists spotted one off the Outer Beach in Orleans, then in 2014, when the CCS aerial survey team photographed one Cape Cod Bay. What makes this even more astonishing is that all three sightings are of the same whale!

The sighting comes just weeks after another bowhead turned up in the North Sea off the coasts of the Netherlands and Belgium. 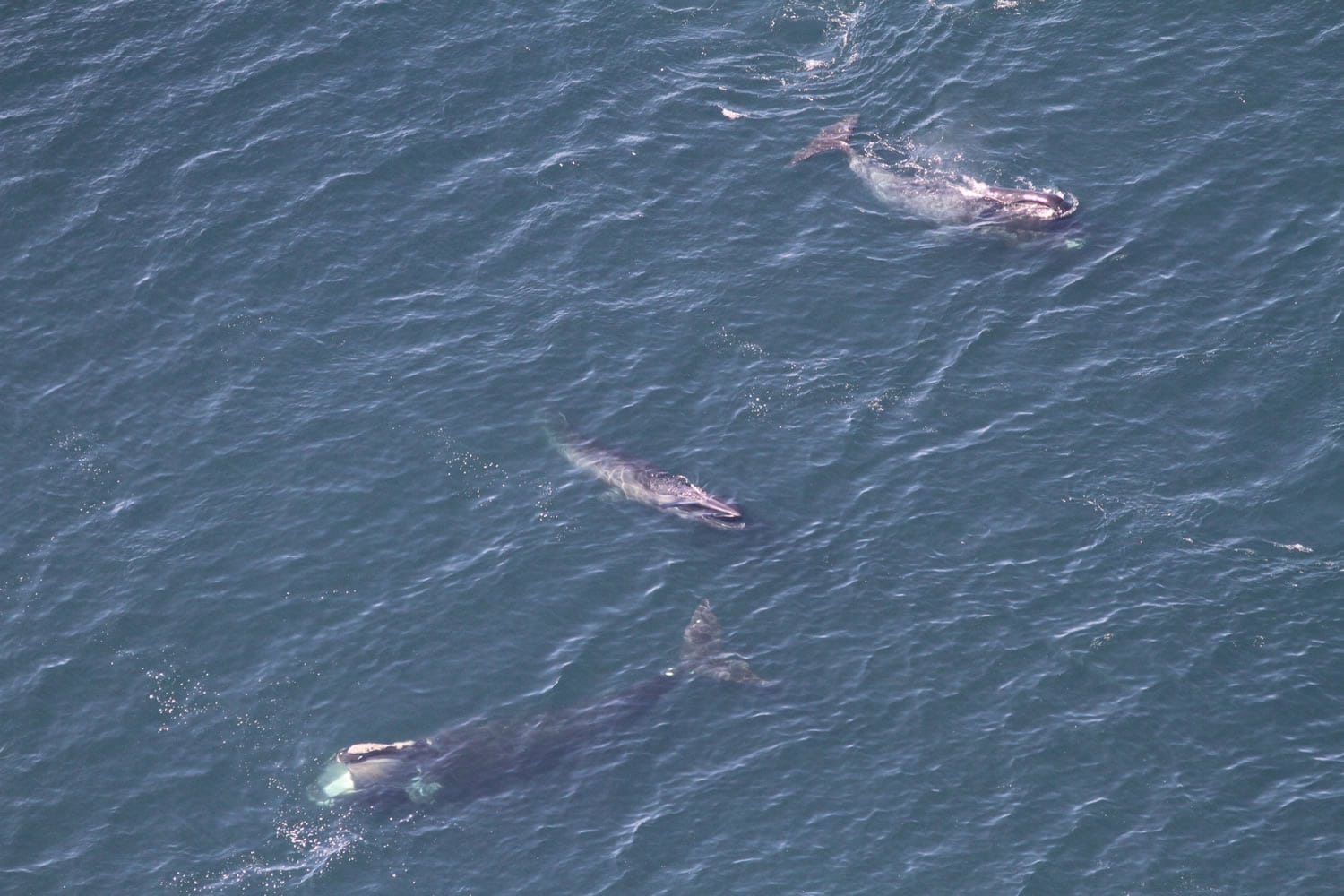