From the 27-31 March 2017, in Apia, Samoa, the IUCN Marine Mammal Protected Areas Task Force invited 23 marine mammal researchers and other experts from 14 Pacific countries for the second Important Marine Mammal Area (IMMA) workshop. This follows the successful first IMMA workshop in the Mediterranean in Oct. 2016 sponsored by the MAVA Foundation.

The South Pacific IMMA workshop, sponsored as part of the Global Ocean Biodiversity Initiative through the German government’s International Climate Initiative (GOBI-IKI), has recommended a preliminary total of 29 cIMMAs and 16 areas of interest (AoI). These will now go to a review panel.

The workshop was hosted and facilitated by the Pacific Regional Environment Programme (SPREP). The initial results of the Samoa workshop were announced by the Task Force members attending the “Whales in a Changing Ocean” conference that followed in Tonga, from 4-6 April. This initiative, as well as the IMMA workshop in Samoa, formed part of the “Year of the Whale” celebrations in the South Pacific which SPREP and the countries of the South Pacific have organized. 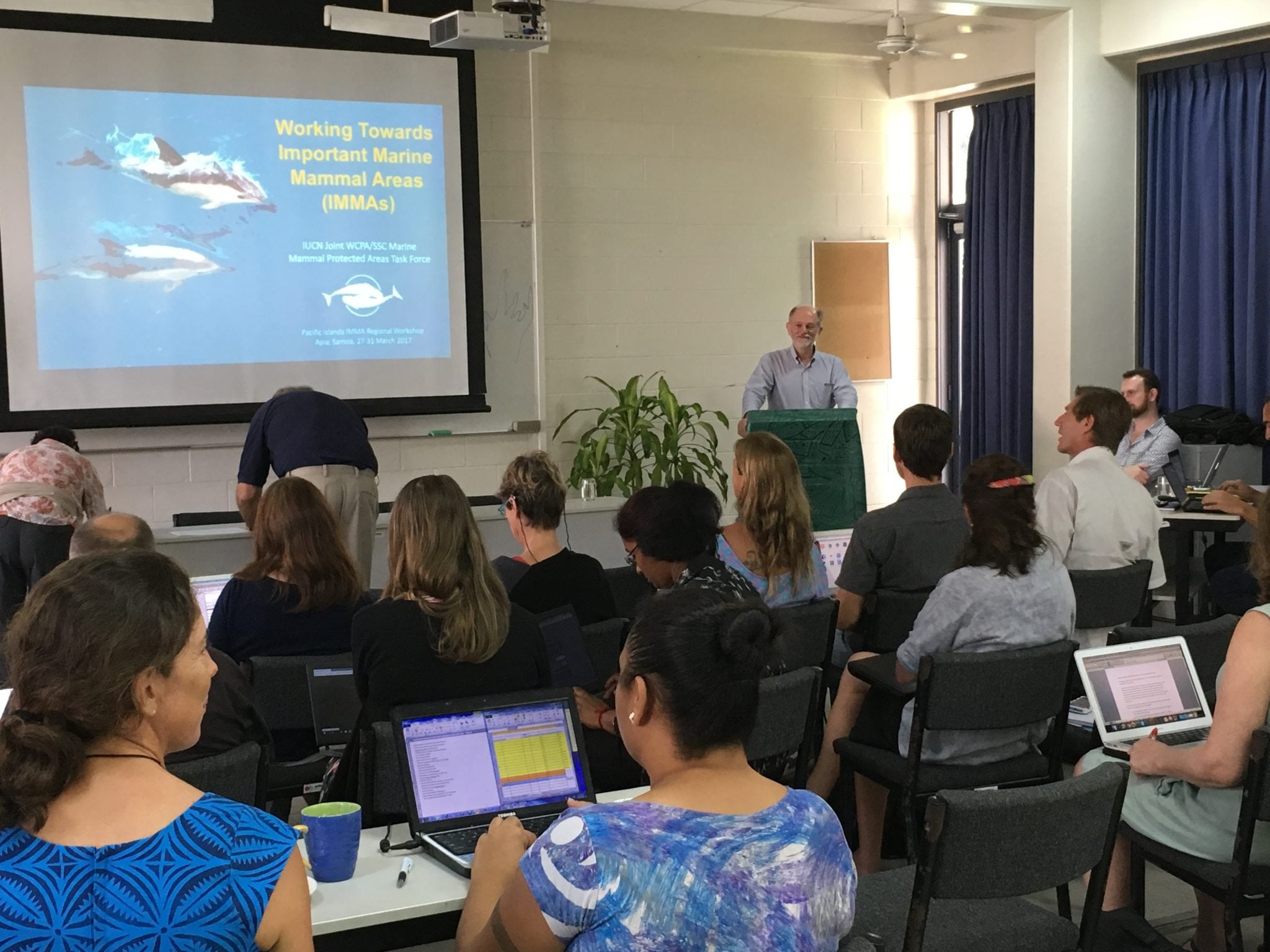 For the IMMA workshop, the region covered was vast — stretching from the Hawaiian archipelago in the northern hemisphere to the network of island states including Papua New Guinea, the Solomon Islands, New Caledonia, Niue, Tonga, Fiji, the Cook Islands and French Polynesia, among others. Various cIMMAs were mapped for breeding humpback whales, sperm whales, dugong and resting spinner dolphins, as well as lesser known marine mammal species in offshore waters such as pygmy and dwarf sperm whales, Risso’s dolphins, Cuvier’s beaked whales and rough-toothed dolphins.

The South Pacific IMMA workshop is the 2nd of six workshops that will cover most of the southern hemisphere by 2021. Sponsors of the IMMA project besides the MAVA Foundation and GOBI-IKI include the Tethys Research Institute, Whale and Dolphin Conservation (WDC) and the International Committee on Marine Mammal Protected Areas.