Tavish Scott MSP (Member of the Scottish Parliament) paid a visit to Scalloway Primary School on the Shetlands Islands, Scotland earlier this week to meet the winners of his Orca competition and present them with prizes donated by WDC.

Members of the Scottish Parliament have been asked to lend political support to the protection of Scotland’s threatened wildlife by becoming ‘Species Champions,’ and Tavish was recently nominated as a Species Champion for the orca.

As part of this initiative, primary school pupils across Shetland were asked to suggest a name for the cuddly orca Tavish was given as part of his work as the Species Champion, and to design a poster raising awareness of orca sightings across the islands.

The eventual winners, both from Scalloway Primary School, were Prasheeta Saravanan, who suggesting the name ‘Timi’ (Sanskrit for ‘whale’), and Tom Delton-Jamieson whos poster was selected from many impressive entries.

“It was great to have schools from Foula to Baltasound get involved in the competition”, said Tavish. “Tom’s poster really stood out and I’m looking forward to taking Timi out when I visit other schools.

“Shetland is fortunate to have an excellent community of whale-watchers and I hope that the next generation will continue to take an interest in these fascinating creatures.” 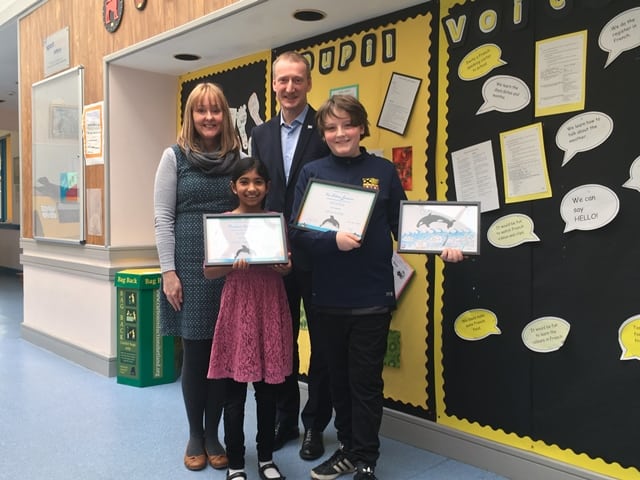