The Azores are a renowned hot spot for encountering marine wildlife, including the majestic sperm whale. Holly from WDC’s travel partner Off the Map Travel recently visited the Azores to see first-hand how the islands have moved away from the dark days of whaling, to a brighter future embracing responsible whale watching.

Sitting quietly in the Atlantic, off the coast of Portugal are nine picturesque, volcanic islands collectively called the Azores. Each island is born from a different volcanic eruption – and has its own unique wildlife, flora and landscape. But there is one key element that connects them all – how simply stunning they are!

The largest of the islands, Sao Miguel, has lakes high above sea level created in the craters of the volcanoes, glistening shades of blue and green in the sunlight. Pico is home to the highest mountain in the Mid-Atlantic ridge, Ponta do Pico and is famous for its vineyards and wines. 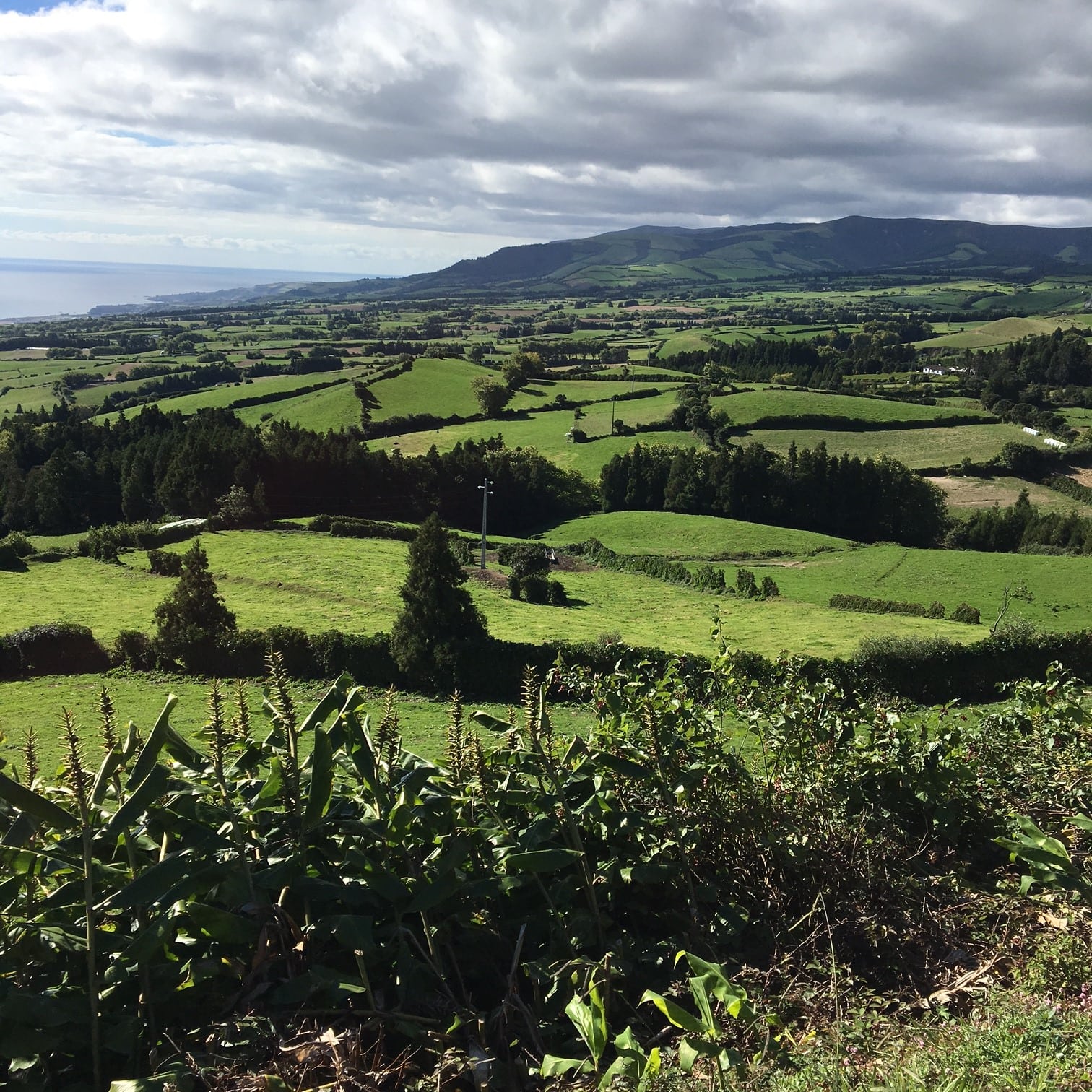 I had the opportunity to visit these islands, to explore this beautiful destination further and, better yet, create a brand new responsible whale-watching package, tailored perfectly to the appreciation of these wonderful creatures and gaining an understanding how the islands‘ whaling history remains firmly in the past!

Earlier this year Off the Map Travel partnered with WDC (Whale and Dolphin Conservation) and, not only have we become the first UK-based tour operator to fully adhere to all their guidelines regarding responsible whale and dolphin watching, we also now have our very own adoption orca – also called Holly!

As a result of this partnership, every whale watching holiday we sell includes a contribution to help the charity with their amazing work protecting whales and.  As a company, we have also been getting involved with education around how we can preserve the future for these beautiful creatures. Part of this involves looking to the past and understanding the transition from the historic whaling to the now flourishing whale watching industry, and how it is helping to create economic prosperity for local people and a safer future for the whales that call the Azores home.

Many islanders remember when, rather than earning a living from sharing the magic of the whales, the main industry was hunting whales for profit. The last Azorean whaling factory closed its doors in 1984 and the last hunt took place in 1987. Instead of making money from the oils, medicines and cosmetics made using whale products, the Azorean people and their visitors benefit from seeing the massive variety of species living in their waters, or that pass through on annual migrations. This has helped found a tourist industry that offers the opportunity to learn about whaling in the islands’ museums, and then, to venture out on a whale watching trip to appreciate them in their natural environment.

As well as taking in the incredible views, the famous lakes high above sea level, eating ‘Cozido’  (a delicious stew cooked underground using  geothermal heat of the volcanoes !) and visiting tea and pineapple plantations, my challenge was to create a new package for our customers that focused on the history of whaling (and it’s negative connotations) and combine this with the wonderful whale-watching experiences that you can have on the islands now. 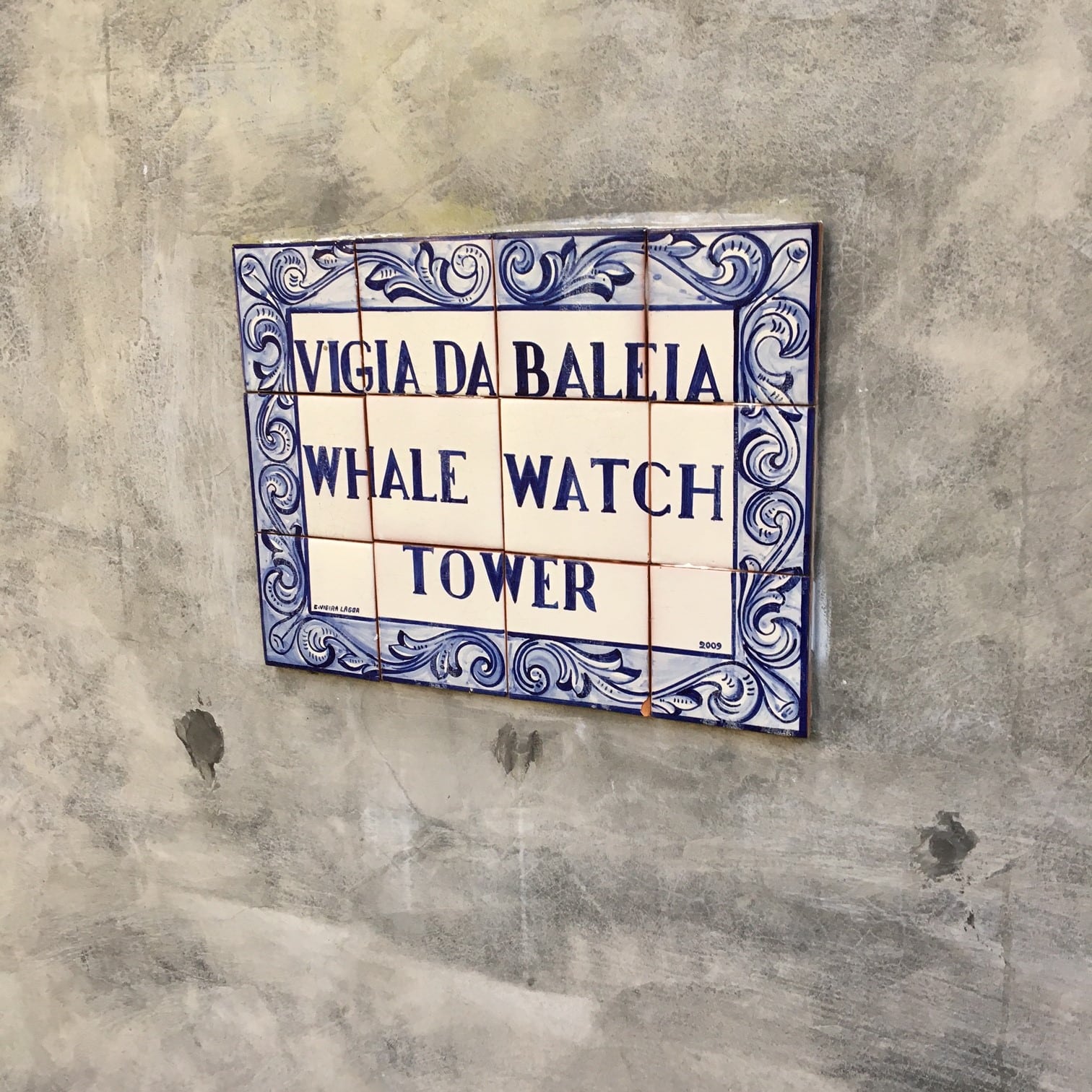 Visiting the museums and the old factories I got to see the various artefacts that still exist; the way the industry worked and learn all about the by-products that were created.  I also wanted to hear stories from those that were involved. I was lucky enough to be able to set up an interview with Joseph* who, at 78, is one of the last remaining ex-whalers still living in the Azores.

When I meet Joseph – who speaks no English (and me no Portuguese) – he welcomes me into his living room and gives up ‘his’ chair for me to sit on. His wife comes to me with a photo of their grandchildren and great-grandchildren. Speaking rapidly in Portuguese and with the biggest smile, she gesticulates wildly to indicate to me which is the eldest and which the youngest, using height as an indicator. I can only smile back in acknowledgement that I have understood. This seems to help cement our friendship, she sits on the arm of my chair for the duration of the interview with the occasional pat on my arm and a flourish of a family photograph.

Joseph, it turns out early on in our conversation, has the beginnings of Alzheimer’s. The translator helps me to understand, through his wife, that many of his memories are fading. But memories that have never disappeared are those of his days as a young man on the islands. I watch as Joseph, who had initially been sitting quietly, starts to tell his story. He becomes animated and his eyes sparkle.  He somehow looks younger and stronger. The transformation is astounding.

I learn that he was part of a whaling team with his father, brother and many of his friends. They used to wait for the siren to call from the watch tower and would run down to the boats. Each canoe held seven people– five rowing, one steering and a harpooner at the front. The boats would set off in groups of six in search of the whales. As far as the Azorean people were concerned, the sperm whale was their only target. They did not hunt any other species. The whales were harpooned, killed and brought back to the factory.

As Joseph is talking he produces some of his old photographs to show me. There are some that are not for the faint-hearted but they do give you the overall sense of what it was like at the time.  As well as photos of the more brutal aspects of the hunts, there are also a lot of the ‘bits in-between’ – men playing cards outside the factory, or taking a quick smoke break whilst leaning on a winch. These snippets of the lives these men led makes it very clear that they were not just people who worked together, they were like a family.

I ask Joseph: ‘How do you feel about whaling now?’ At this point, he is quiet and looks even a little upset. It takes him some moments before he speaks.

‘I do not miss the whale hunting, but I miss those days. I was younger, fitter, healthier and stronger. Not like now when I am old, less mobile and have problems with my memory. I recently went on a whale watching trip and when I saw the whale I was very moved and even had a tear in my eye. Not just because it is so nice to see them no longer being hunted – I did not enjoy killing them, but it was a living – but also for all the memories that came back to me at that moment about the life that used to be.’

Our interview finishes with lots of smiles. Joseph thanks me for my time. I can only hope he understands how grateful I am for his, and for the stories he has shared with me. It leaves me in no doubt that the more we can learn and share about this cruel industry,  the sooner we will consign it to museums as a thing of the past, as it has been in the Azores.

I leave them waving on the doorstep. . oh and of course, one last look at that family photograph.

If you are interested in heading to the Azores yourself to get a personalised itinerary for your next responsible whale watching holiday then please visit Off the Map Travel on www.offthemaptravel.co.uk and remember to reference WDC when enquiring.