After not seeing any dolphin activity around the Inverness/Chanonry Point area for quite a while, I was getting a bit down in the dumps but then a phone call from Barbara Cheney at the Aberdeen University Lighthouse Field Station at Cromarty cheered me up – she had been watching WDC Adopt a Dolphin Kesslet, her baby and her big son Charlie in the Cromarty Firth at the end of January, not long after I had spotted them near the Kessock Channel but after that things went a bit quiet again.

In mid February I had a message from a photographer friend and whale and dolphin enthusiast that regularly watches out for whales and dolphins away up in the North coast near John O’Groats. Karen was very excited, as she had spotted Bottlenose dolphins swimming past near where she lives at Thurso, a first for her as she has seen other species here but not Bottlenoses. After looking at the photos for a split second I realised that the photos were of Kesslet and her baby – obviously away up North, further that we have ever known her to travel from her home area. Barbara agreed with me – definitely Kesslet and baby…wow. Photo by kind permission of Karen Munro – a great effort considering the long range and bad light. Lets hope that she decides to come back home soon ! 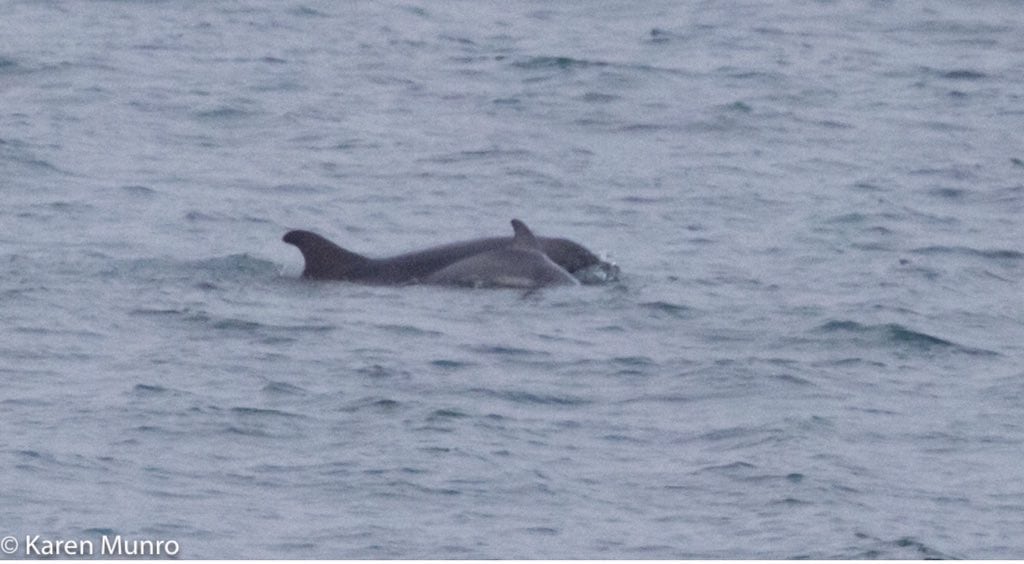