Researchers from the University of British Columbia, Canada, who have been studying the feeding habits of whales that lunge feed, have uncovered the reason why these huge creatures are able to scoop up such massive volumes of water in their mouths without feeling any pain.

This particular group, baleen whales, are known for their pleated throats. The pleats allow the whales to take in huge gulps of water, which they then push out of their mouths with their tongues, past their bristle-like baleen. The water gets forced out, while food (prey) is trapped and swallowed. This is known a lunge feeding.

But, feeding this way isn’t easy. When baleen whales (like the Blue whale) gulp up a mouthful of water to filter for food, a pouch of skin under their chins has to stretch to its limits (expanding by over 150%) in order to hold the heavy load. This stretch should hurt, but new research finds that whale nerves are specially adapted to prevent these giant creatures from feeling pain.

The whales’ nerves are coiled in a tight spiral that allows them to work when stretched. Normally, nerve fibres should not be able to coil so tightly but it appears that these whales have a second level of waviness that allows the nerve fibres to twist around the curves without stretching. 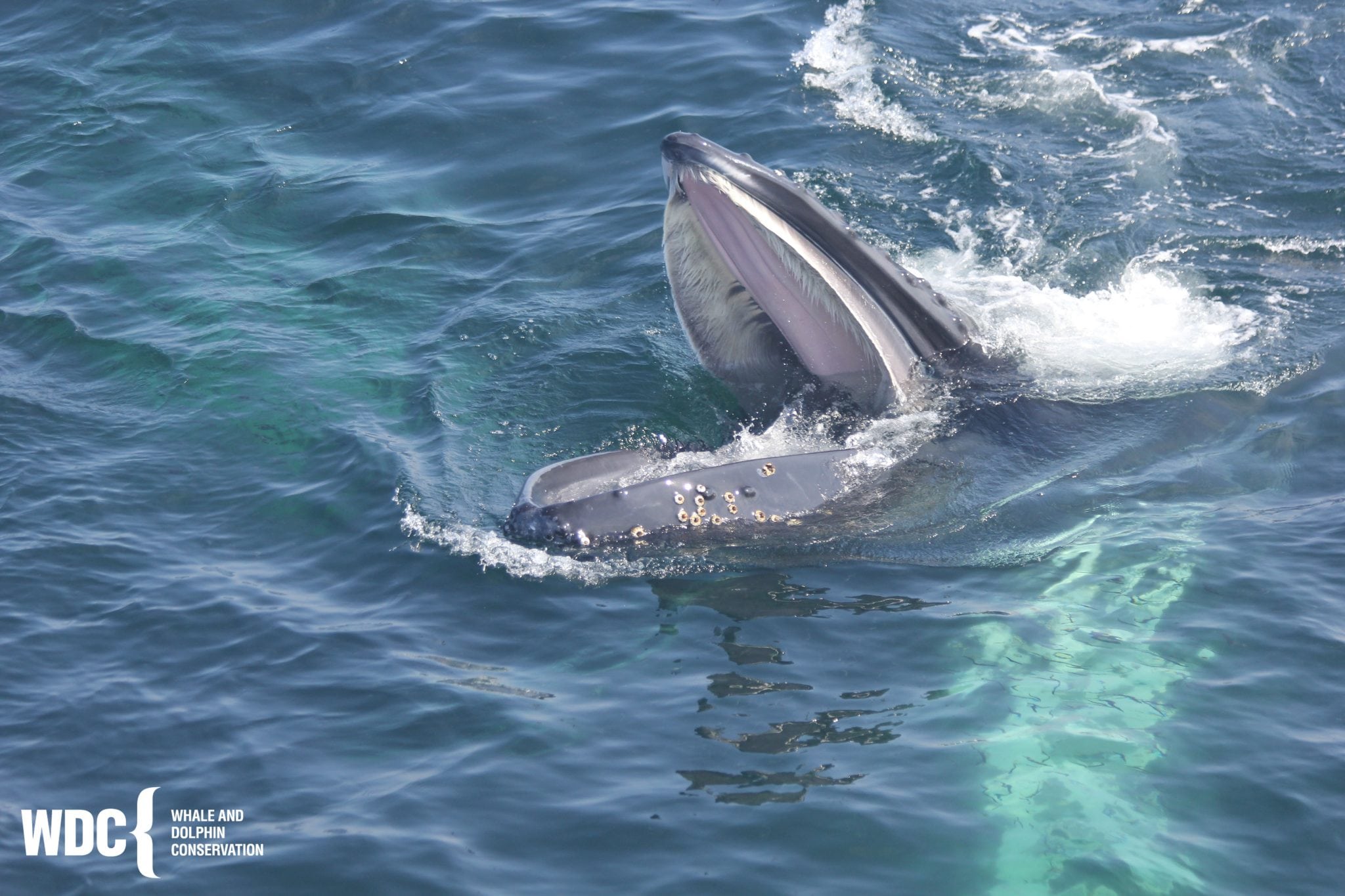