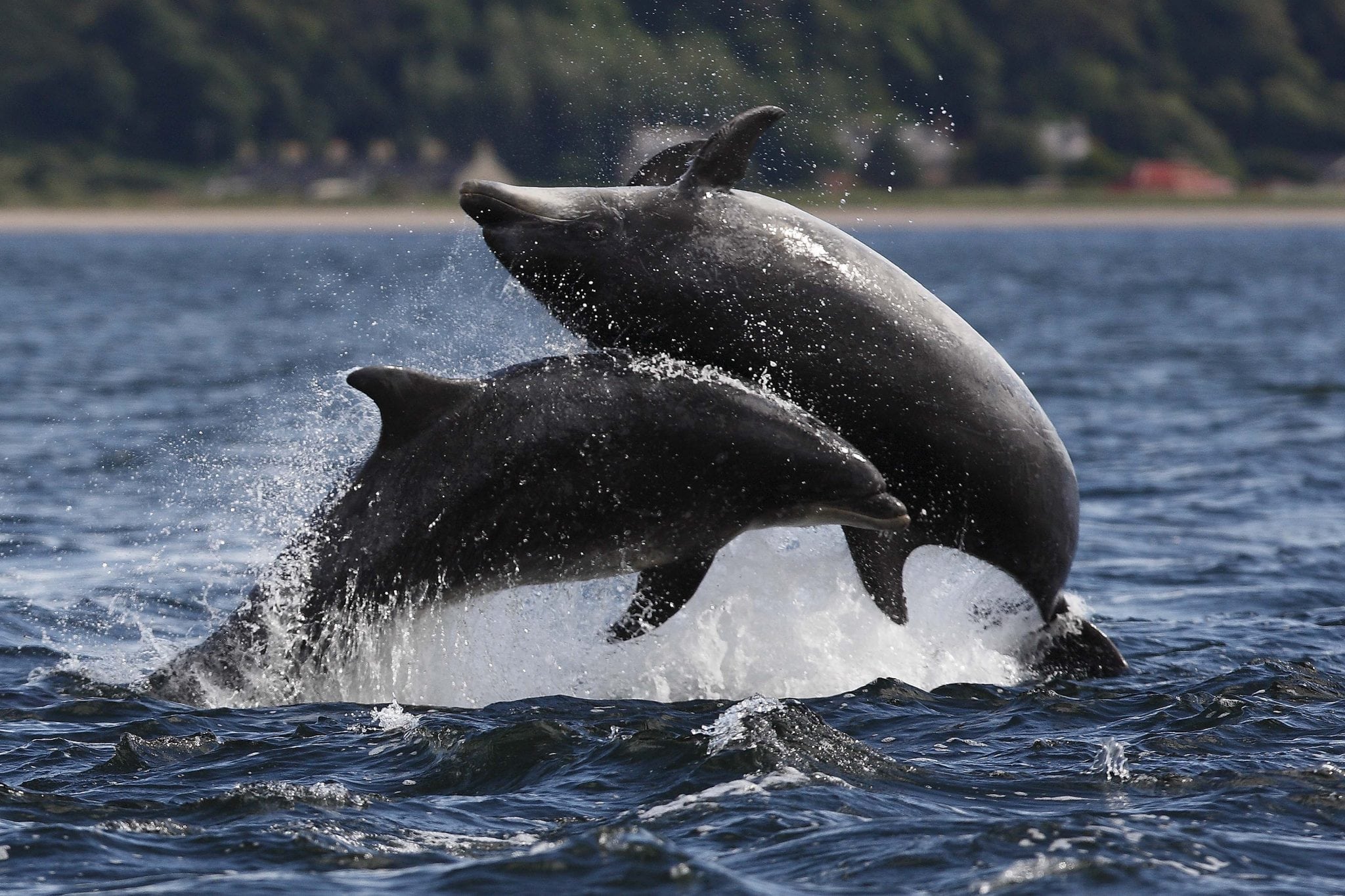 At the beginning of a new dolphin watching season, we catch up with adopt a dolphin Field Officer, Charlie Phillips in the Moray Firth, and ask him about his highlights from 2016.

We’re not far into 2017 and already there have been dolphin (and whale) sightings on the Moray Firth to whet our appetite for another great season to come. What I am really hoping for this coming season is better weather to get out and about in – last years was awful and at one point I thought that I was developing webbed feet!

Being out in the Aberdeen University research boat in the pouring rain, with Sundance right beside us breaching repeatedly high in the air and causing massive splashes as he lands back in the water – utterly jaw dropping and a real demonstration of his colossal power and stamina.

Having Mischief, and a big buddy of his surfing beside the boat I was in, surging in a big swell just out from the Cromarty Firth. I actually thought for a second that Mischief was going to land in the boat beside me – we were so close together that I could smell his breath!

Standing near the Kessock Bridge slightly teary eyed at the very end of August, when Kesslet appeared with a tiny new-born baby. Kesslet lost her last youngster when he or she was still very small so keep your fingers crossed all goes well for this little dolphin.

Watching open-mouthed as a group of around twenty dolphins, including Spirit and her youngster, came ambling past Chanonry Point where I was standing with my huge camera. The dolphins were so scarily close to the beach that it was difficult to focus!

Laughing out loud near Cromarty as Rainbow‘s young son, Indigo teased her with a very small fish that he had caught, then watching Rainbow, with a huge glint in her eye, catch a huge salmon, waving it in front of him as if to say ‘That’s how it’s done young man!’.

Looking on admiringly as Moonlight raced her young son towards a shoal of herring at top speed and then teaches him about rounding up shoals of fish by co-operating with other dolphins – real ‘education in action’ by these fantastically intelligent, social dolphins.

You can support WDC in giving these amazing creatures a safer future by adopting a dolphin with WDC. Best wishes from Charlie and the adopt a dolphin team.