Four dolphins have escaped from the DolphinBase facility in Japan after holes in perimeter nets were found to have been slashed.

DolphinBase is located in the town of Taiji, known internationally for the cruel dolphin drive hunts that take place there every year during which large numbers of wild dolphins are herded into a small cove and either slaughtered, or hand-picked for captive facilities like DolphinBase. 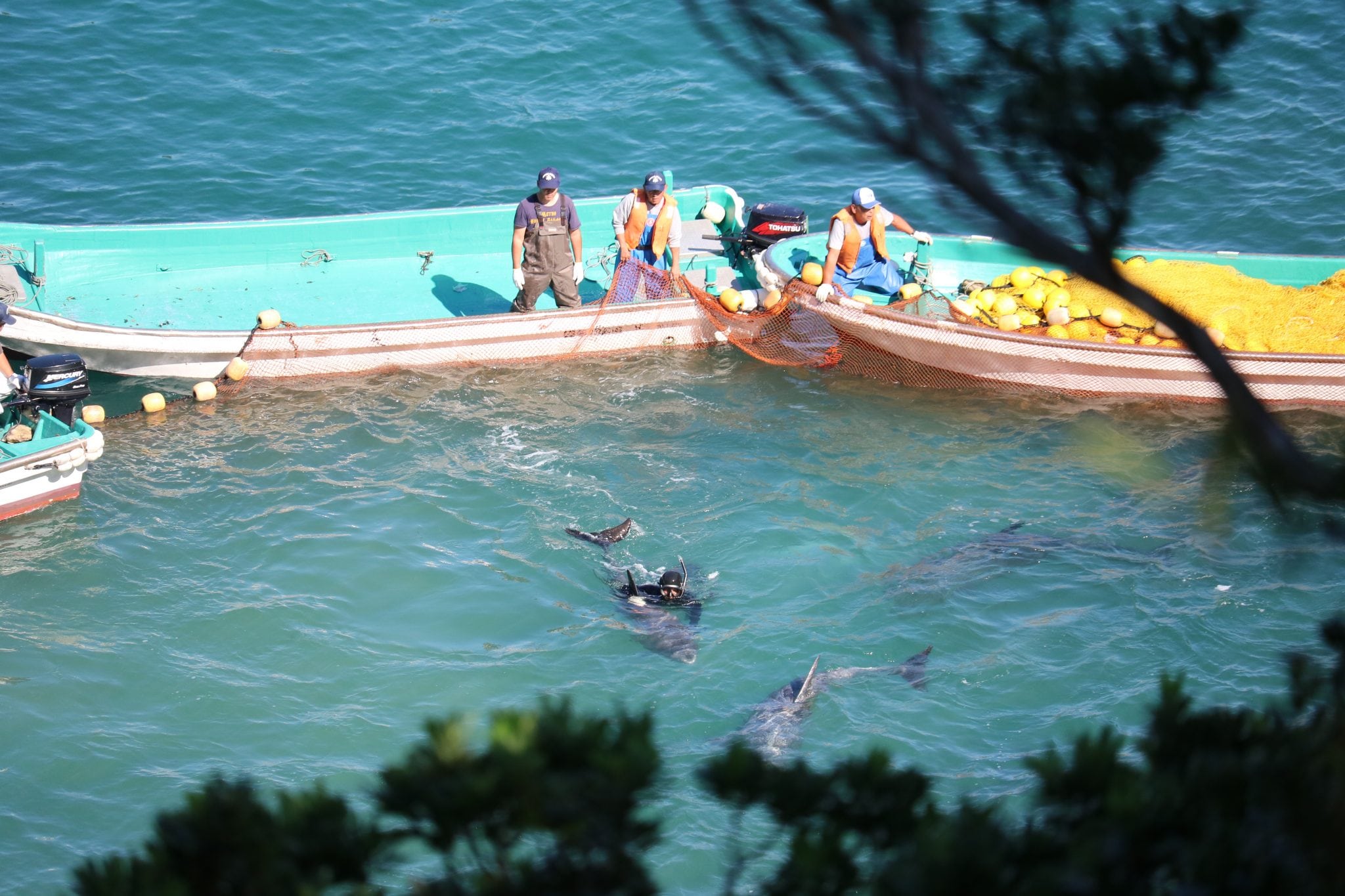 Staff at DolphinBase discovered the damage to the nets but reported that the dolphins had stayed close to their pen, and apparently returned of their own accord. Aged between three and five years old, the dolphins were being trained to interact and swim with the public in DolphinBase’s seaside pens having been held there for more than six months.

A similar incident took place in 2010 with activists from a group calling itself Blackfish claiming responsibility.

Read more about the cruel Taiji hunts and why it is not a good idea to swim with dolphins .