WDC is delighted to be working with author and illustrator of The Storm Whale children’s’ books, Benji Davies, to help bring the wonder of whales and dolphins to children across the world through his tales of Noi and his friend, The Storm Whale. Benji recently spoke to WDC about his trip to see whales swimming wild and free in the waters off Iceland, and his connection with these magnificent creatures. 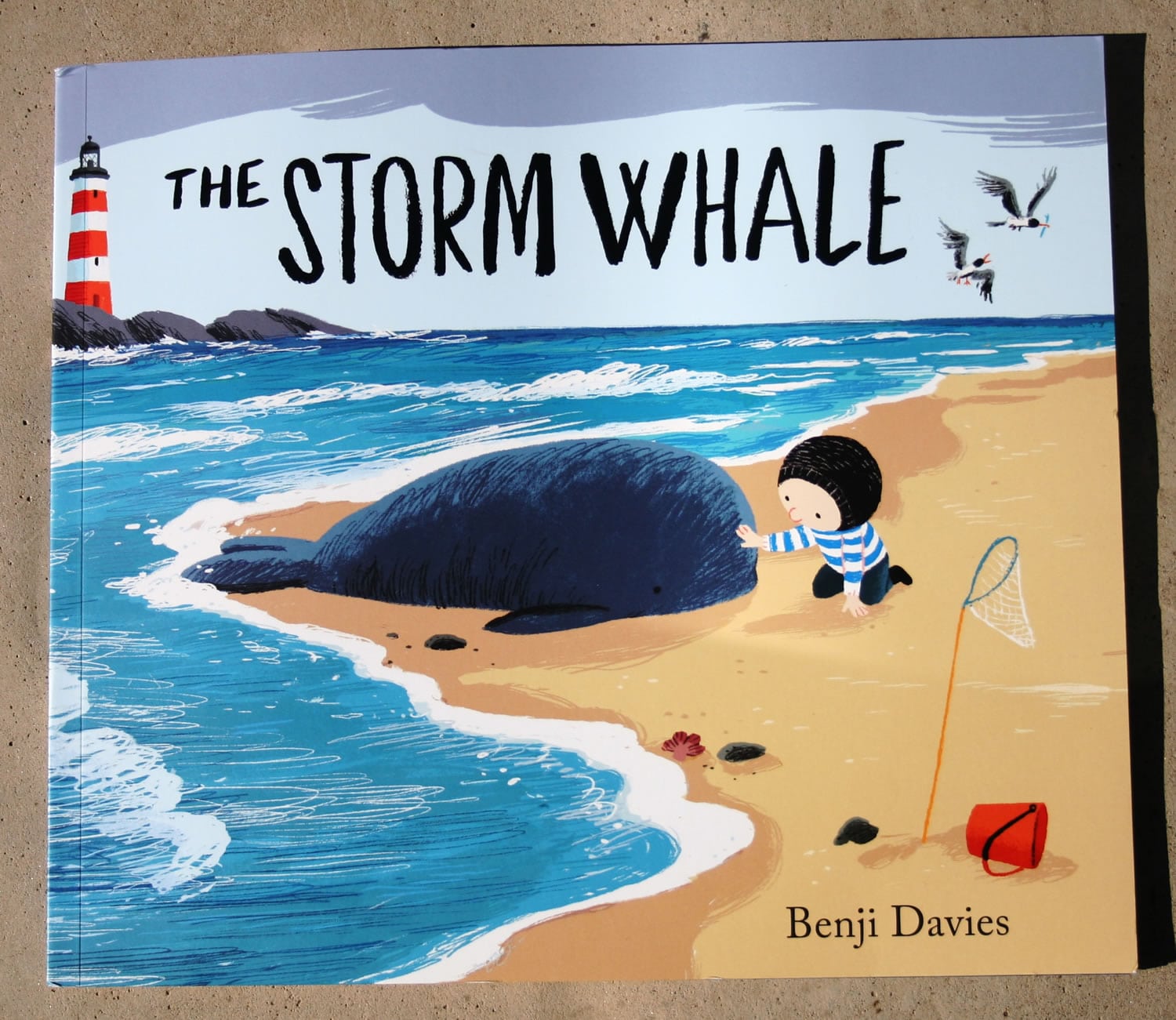 This summer after having written two books about The Storm Whale, and never having seen a whale in the wild, I decided it was about time that I did. My wife and I chose to visit Iceland – we had wanted to go there for a long time – and whilst there we would make a special trip to see some whales with our own eyes. I had heard that the best place in Europe to see whales, the whale-watching hotspot, was in the north of Iceland near a place called Húsavík.

On the second day of our trip, we had to get up very early in the morning and go to a small airport in the capital Reykjavik where we caught a tiny 18 seater plane northwards to Húsavík. Although it was summer, Iceland lived up to its chilly sounding name. It was cold and raining as we took off – even so, it was very exciting! The two propellers spun round and the little plane lifted up and up until it was high above the clouds, up above the rain and into the bright sunshine.

It took about 45 minutes to get there – that’s all it takes to fly right across Iceland, which is not a very big country. Once we landed it was only a short bus-ride to Húsavík, a sailing port with a beautiful view of snow covered mountains across the bay.

We climbed aboard our vessel, a large oak bottomed boat with a little white bearded captain at the helm, alongside many other whale tourists who had come here from all over the world to see the same magnificent creatures that we had.

It took some time to get out into the bay and there was a guide who kept an eye out and let us know where to look, waiting and watching as the boat plunged up and down with the swell and we ploughed further out towards the open seas.

Soon, up ahead, we saw not a whale but hundreds of sea birds gathering above the surface of the water. They were circling and hovering then slipping into the foamy waves, which our guide knew meant only one thing – where there were birds there were fish and where there were fish there would be whales. It was feeding time.

As we got closer we started to see the first signs of whales – they were breaking the surface to breathe and blow spray. Great steamy puffs billowed above the water in the distance. Closer still we saw their backs, glossy black, curving and cutting the blue-black choppy surface. It’s quite a challenge to handle a boat safely around whales in these sea conditions, but our valiant skipper did a fine job and maintained a steady course throughout.

There were five humpbacks and a few minke whales we were told, and as we drifted along they surrounded us, breaking and diving in turn, catching fish as they went but mostly unseen underwater.

Every now and then we saw the biggest spectacle, when they curved the full length of their back out of the water, right through to the tail and the huge flukes which rose up and out in full, briefly showing off their jagged white spattered comb-like edge, following through in a great sweep and plunging back into the dark waters. A breath-taking sight that I will never forget. 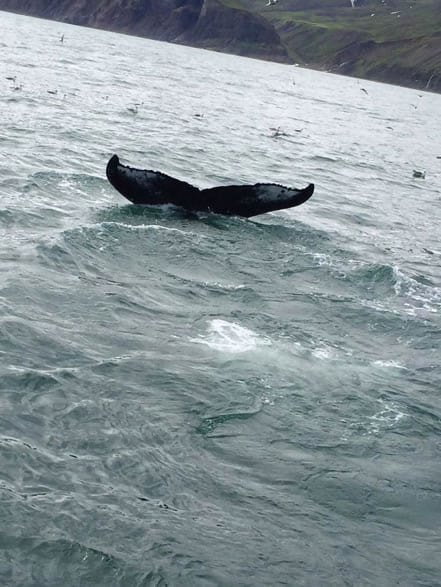 I’ve always admired whales, they are so big but gentle, and they have a mystical otherworldliness about them living in their vast underwater worlds. We are privileged to be sharing this planet with them, as with all creatures, but they in particular seem so ancient and wise. I feel that humans will never understand as much about just ‘being’ as these amazing giants do – it’s a great tragedy that we choose to act as if we are superior to them as a species, when we are anything but.

The Storm Whale and The Storm Whale in Winter are available now from the WDC online shop. Benji Davies is an award winning author, illustrator and animation director. From a young age he was often to be found painting at the kitchen table, a scene which can still be seen to this day. Benji studied animation at university, and has since worked on a diverse array of projects, from picture books and animated short films to music videos, commercials and title sequences. His books have been co-editioned in many languages and countries around the world. The Storm Whale was his first self-penned picture book which was published in 2013, followed in 2015 by Grandad’s Island. Benji lives in London with his fashion designer wife Nina. To find out more about Benji’s work visit www.benjidavies.com