It seems that whilst Denmark has been doing its utmost within the EU to pander to its overseas territories in Greenland and the Faroe Islands, the Danish citizens of these two distant lands are not so grateful.

The Arctic Journal (20th October 2016) reports that Greenland and the Faroes are demanding that Denmark, their representative in the meetings of the International Whaling Commission (IWC), votes against the creation of a South Atlantic Whale Sanctuary at this year’s meeting which is currently underway in Slovenia. This is despite the fact that on October 4, Danish lawmakers made it clear that ‘Copenhagen would voice its support for the sanctuary, in direct opposition to the wishes of Nuuk and Tórshavn’.

Danish officials find themselves sandwiched trying to appease some 100,000 citizens in these overseas territories, whist failing to represent the 5.7 million Danish citizens in Denmark itself, let alone the 500 million EU citizens that have consistently called on their governments to oppose whaling and support conservation initiatives in the IWC.

Within the EU Denmark has consistently threatened to invoke Declaration 25, a little-known clause not found in any current EU legal document, but an ‘understanding’ between EU countries, that Denmark insists allows it to break ranks with the rest of the EU and vote in the interests of Greenland and the Faroes. Denmark used these tactics to good effect in forcing the hand of the EU Commission two years ago in 2014, when it secured Commission backing for renewed Aboriginal Subsistence Whaling (ASW) quotas despite overwhelming evidence that Greenland was allowing increased commercialization of its hunt. The EU Commission seemed more concerned to maintain discipline within the EU members in voting together than in the substance of the result of such a decision and insisted on all EU member states vote on the proposal rather than have Denmark invoke Declaration 25. Politics trumped conservation and EU law in that case. This is all at a time when Greenland is increasingly helping to create the circumstances that would help Japan see commercial whaling resume.

The Arctic Journal reports that Greenland feels it should be representing Denmark at the IWC and not the Danish Government.

It will be interesting how Denmark reacts to these latest demands of its whalers? Will it vote with the rest of the EU as it says it will, on what it know is a good and progressive proposal to establish a sanctuary in the South Atlantic, or will it try and block the EU from supporting conservation for the sake of two overseas territories that increasingly appear to be sympathetic to commercial whaling? My bet is that it will stick to its guns and support the Sanctuary, but this again shows that Denmark needs to take a firmer hand and decide once and for all whether it’s a conservation country or whether it’s happy to see a slide towards commercial whaling like some of its more distant citizens may dream of? 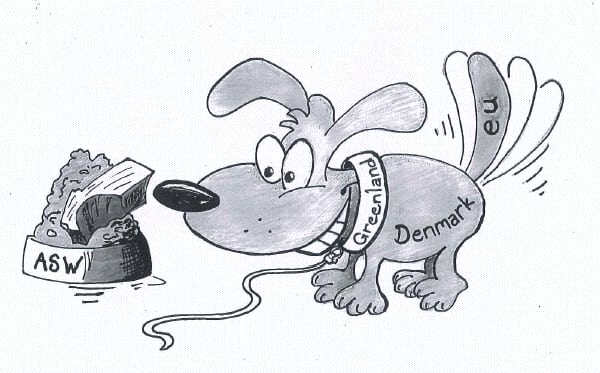