SeaWorld’s recent announcement that they are ending their orca breeding program, thus making the orcas they currently hold (29 in total) the last in their care, was a welcome step forward to end captivity for whales and dolphins.  However, SeaWorld has stopped short of a complete turnaround – they remain adamantly opposed to releasing their orcas in to seaside sanctuaries, where they could live out their days in a much larger, more natural setting without the daily performance.  With 17 orcas under the age of 20 and one currently pregnant, SeaWorld will still keep orcas for decades in chlorinated tanks.  And, SeaWorld has failed to address the captivity issue for the 168 whales and dolphins they hold who are NOT orcas.  As of right now, those individuals are still doomed to lives in cramped, unnatural conditions, performing tricks for food rewards and to relieve boredom.  These whales and dolphins are also forced into participating in swim-with-the-dolphin or encounter programs, causing further stress and endangering not only their lives, but those of the public taking part.

With growing public opposition to keeping whales and dolphins in tanks, the future of captivity is seaside sanctuaries – first, for those that are currently in captivity to be retired from performing and live out their lives, and then for stranded wild whales and dolphins to be rehabilitated.  There is already movement in this direction – the National Aquarium has retired their eight bottlenose dolphins from performing and is moving forward with plans to develop a sanctuary by 2020.  Sanctuaries exist for other large mammals (elephants, big cats, primates) but a sanctuary in water presents a unique set of challenges, and temporary sea pens for the purpose of rehabilitating and releasing whales and dolphins have been constructed only a handful of times.  Examples include a sea pen for Keiko, the star of “Free Willy,” and another for two dolphins in the Aegean Sea – but neither were permanent or even long-term situations.  Establishing a permanent sanctuary is a complex process, but will ultimately result in a world of difference in the lives of captive whales and dolphins.

Long-term, retirement-style sanctuaries may be critical for whales and dolphins born in captivity or so altered that they would not be able to survive on their own in the wild.  But in these more natural, ideally much larger settings, whales and dolphins are much freer to experience the ocean and all it offers – changing tides, currents, kelp, fish, a world of sound – and freer to make their own decisions, free from performing, and free from forced interactions with the public.  They would still be under human care, their health and safety closely monitored, and sanctuaries would be open to the public to see and learn about these amazing beings, but in a natural setting with no “performance times” or false rhetoric from the captivity industry. 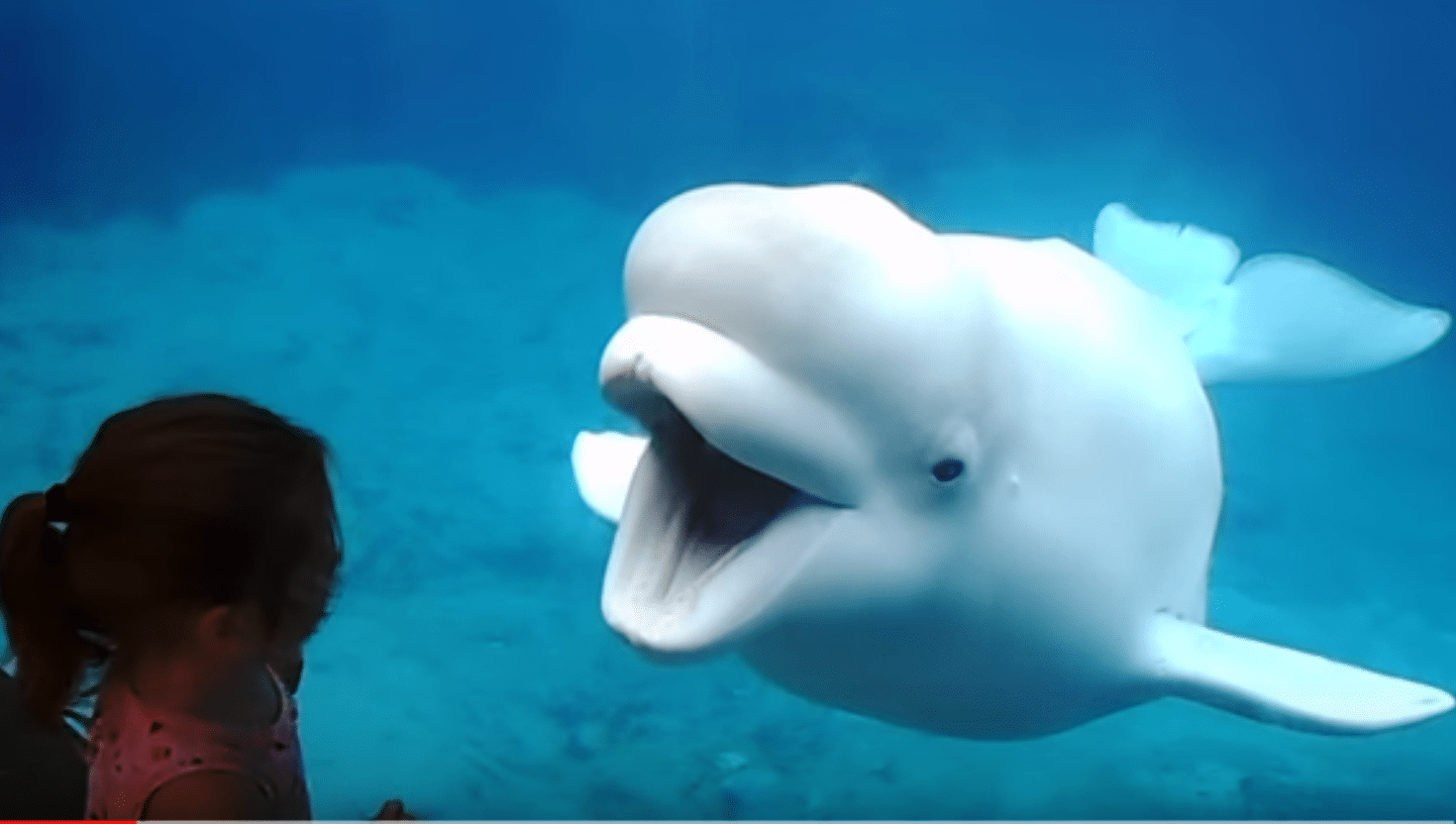 In many parts of the world, marine parks are declining in number.  More and more people are realizing that holding whales and dolphins in captivity is wrong, and seeing them captive is watching only a shadow of their wild selves.  However, marine parks are becoming more popular in other places (particularly the Caribbean, China, and Russia).  SeaWorld – and other facilities in the US – has the opportunity to lead by example and show the world that these amazing creatures don’t belong in tanks.

With your Pledge Never to Plunge, you are sending a clear message to the captivity industry that keeping whales and dolphins captive is wrong.  The Forgotten Whales and Dolphins deserve protection and freedom from captivity and encounter programs that only add stress to their already difficult lives.  WDC will continue to work on the establishment of sanctuaries for whales and dolphins currently in captivity and meet with legislators, aquariums, and key regulatory members to address the problems faced by those currently in captivity while we pursue legislation to end captivity for once and for all – creating a world where every whale and dolphin is safe and free.