A guest blog by Dr Caroline Weir, who joined WDC in the field in Scotland this month. 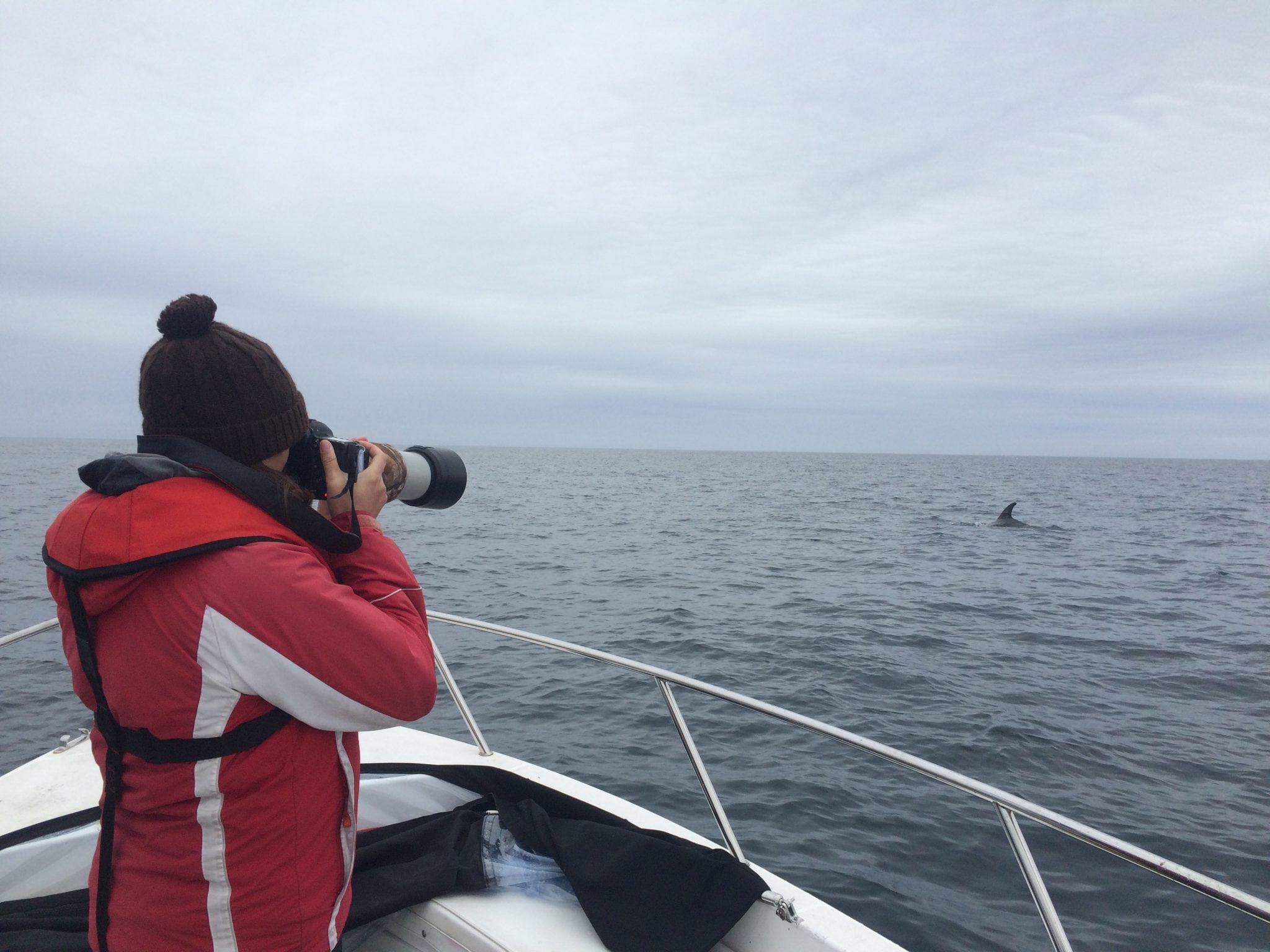 The waters surrounding the Eye Peninsula near Stornoway on the north-east coast of Lewis have long been known to be one of the most important regions in the UK for Risso’s dolphins. I first observed Risso’s dolphins in this area during a boat survey in 1998, and have been fortunate to encounter them several times since during my sporadic cetacean surveys around Lewis. 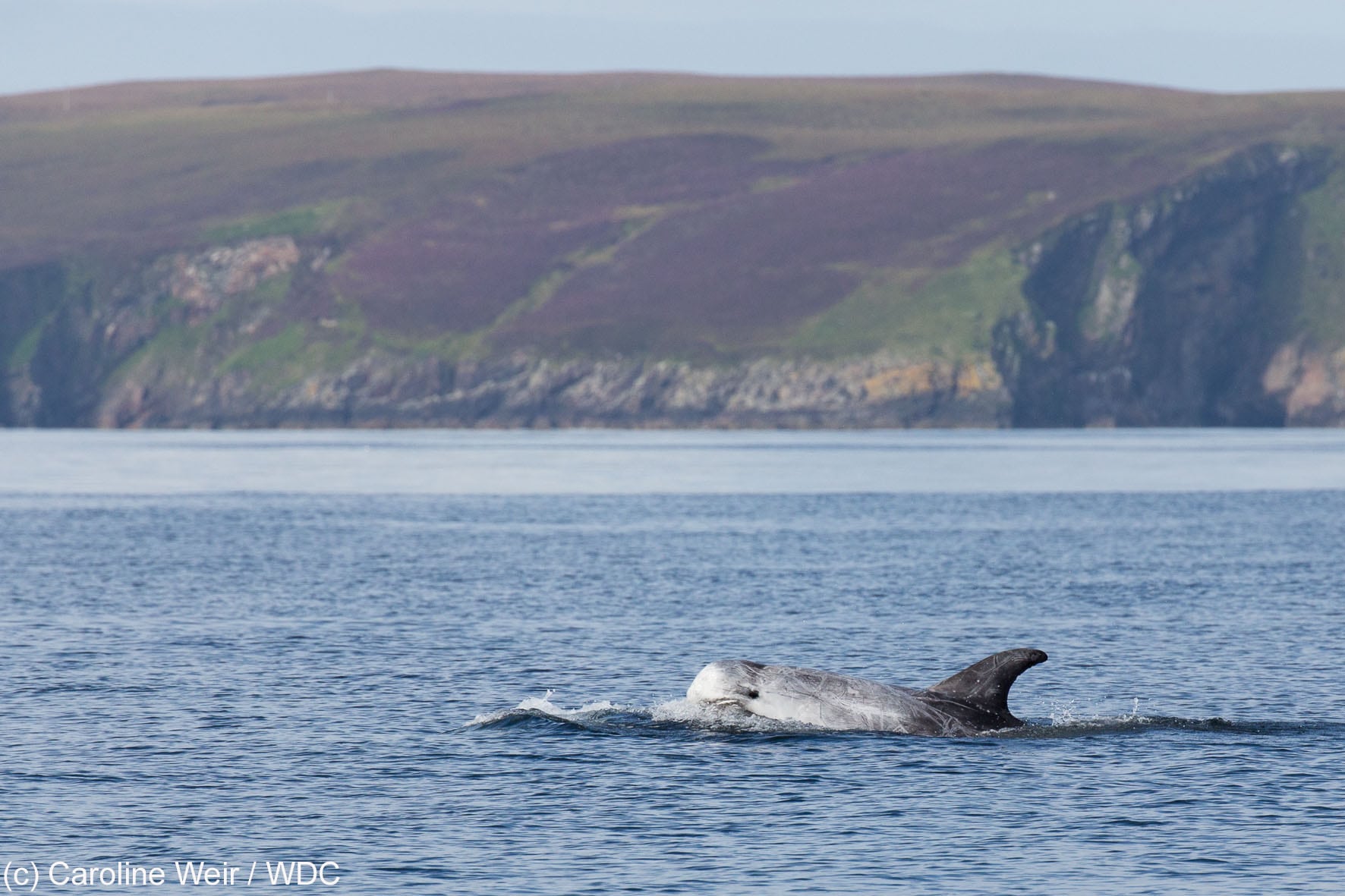 On 10 July 2005, I photographed one particularly-distinct individual here that had lost its dorsal fin and had only scar tissue where the fin should be. Subsequently nicknamed “Lucky” in recognition of having survived whatever unfortunate event had caused this severe injury, this animal has been re-sighted twice in recent years during photo-identification surveys by WDC and now represents one of the longest-documented occurrences of an individual Risso’s dolphin in UK waters.

During August and September I was invited to the WDC research team to carry out photo-identification during their latest Risso’s dolphin survey in Lewis waters. Unfortunately, adverse weather conditions this year limited us to only five days out on the water as storm after storm blew in from the Atlantic. Rain is also a major hindrance to photo-identification work, causing droplets on the lens and potentially damaging the expensive camera equipment. We experienced rain on one boat day, but fortunately the light winds meant that we were able to continue photographing with the aid of a large umbrella!

Risso’s dolphins were encountered on four of the survey days, including several individuals that had been documented previously in the area. Although my hopes of re-encountering Lucky after all of these years had been high, there was no sign of any missing dorsal fins amongst the animals we observed. Maybe next year? One important match made during the analysis so far was of an individual [LW0037] photographed by WDC during their first survey in 2010 and re-sighted during this year’s fieldwork. This is the longest match recorded during the WDC photo-identification work at Lewis, adding additional support for the long-term importance of Lewis waters for Risso’s dolphins. These results are being used by WDC to advocate for the designation of these waters as a Marine Protected Area for Risso’s dolphins.

Predictably, we departed Lewis at the end of the field season with more questions than answers. Most notably, where were all of the other individuals documented in previous years but not encountered this year? We also saw very few calves or juveniles this year, raising questions about where the mother-calf groups were located. While we are still only scratching the surface, ongoing photo-identification work will hopefully continue to slowly reveal the population status and movements of these enigmatic dolphins. 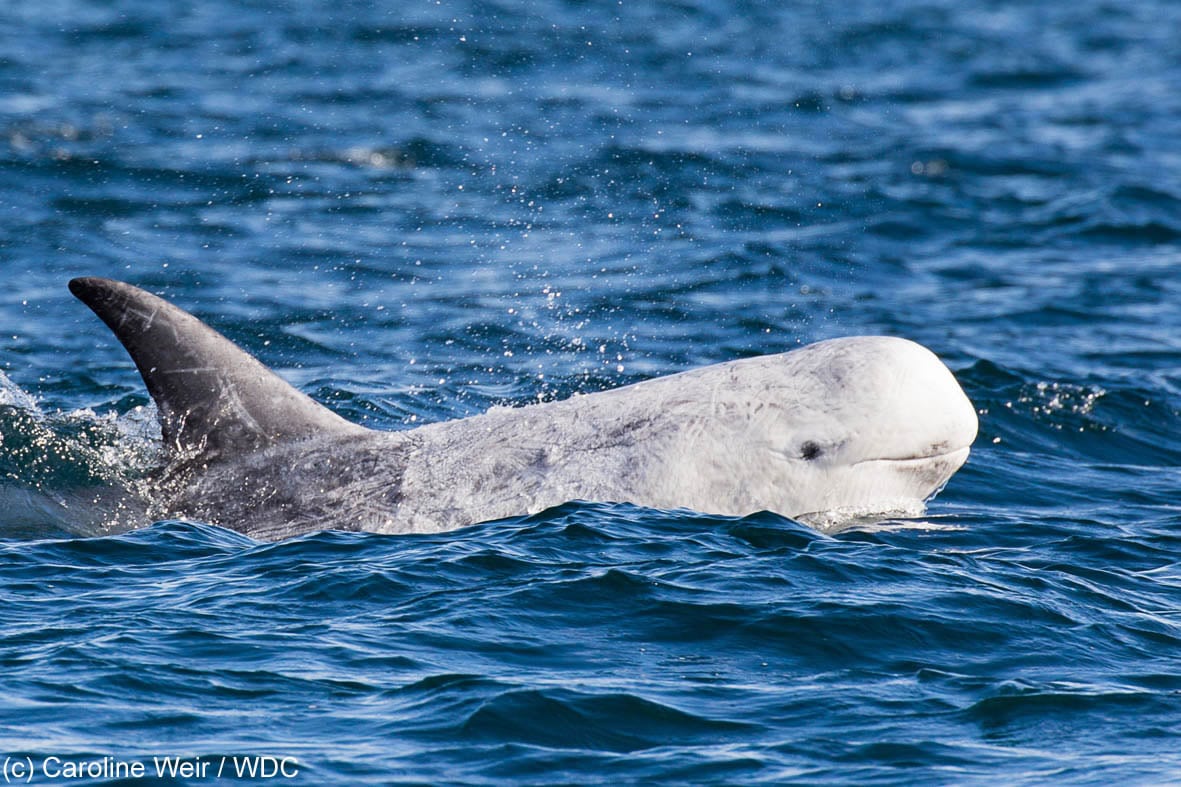