A recently released article in the journal Frontiers in Marine Science ‘casts doubt’ on the future existence of critically endangered North Atlantic right whales, a species of which fewer than 500 individuals remain. According to right whale researchers, the calving rate for this beleaguered species has declined by 40% since 2010.  Why are fewer calves being born?  It appears to be related to the increases in entanglement rates.  Prior to 2010, ship strikes were the single biggest threat to this species. However, since then, the researchers found that 15% of deaths were caused by ship strikes while 85% were the result of entanglements in fishing gear – leaving entanglements as their single largest human caused threat. 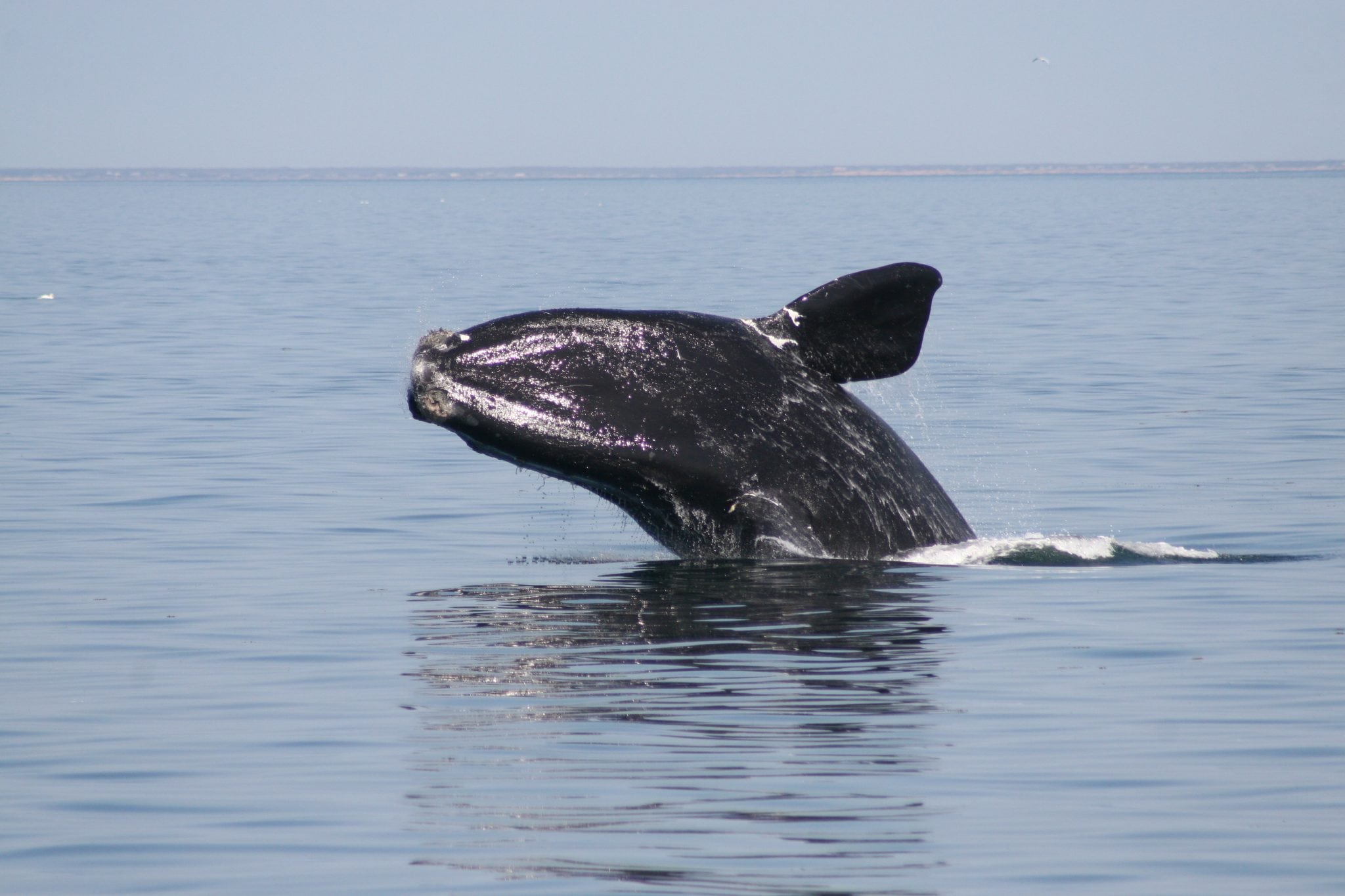 So what changed?  Shipping lanes were moved in Canada and the US and a seasonal10 knot ship strike speed rule went into effect seasonally in NA right whale habitat in 2008.  This rule was made permanent in 2015. WDC and its conservation partners worked for more than nine years to get this rule permanently in place and the data show that it is working.  However, the joy of seeing the number of ship strike deaths dropping is short lived given the number of entanglement related deaths rising.

At least 83% of NA right whales have been entangled at least once. Disentanglement is not a solution, as only a small percentage of entangled whales are located and reported; and disentangling an animal does not guarantee the whale’s survival.

While the National Marine Fisheries Service (NMFS), the US agency charged with protecting NA right whales, has determined that the loss of even one right whale per year from human causes can jeopardize the future of this species. Meanwhile, human impacts seriously injure or kill at least four and five right whales each year.  In spite of these staggering statistics, proposals to increase fishing activity in right whale habitat continue to be reviewed by the NMFS. Already this year, as a member of the federally appointed Atlantic Large Whale Take Reduction Team, WDC has formally appealed to the NMFS several times asking them not to increase fixed gear fishing in right whale habitat.

On the surface, the issue may simply appear to be one of conflict between right whales and fisheries, but it is far more complex.  The issue of fisheries and right whales are inextricably linked but not only because of entanglements. Whales play a significant role in marine ecosystems and their human-caused removal is no more sustainable than deforestation in the Amazon. Researchers have determined that whales release useable nitrogen, iron and other nutrients back into the environment, supporting the phytoplankton and zooplankton on which the entire marine ecosystem depends, including commercially valuable fish species. All whales, including North Atlantic right whales, are not only our responsibility to save because of the negative impacts we have on them, but they may be necessary to save because of the positive impacts they have on us.

For those of us who don’t want to see these incredible whales go the way of the dinosaurs, there are some things we can do to help make the ocean a safer place:

• Write to your local lawmakers and let them know you support stronger regulations to prevent the extinction of right whales. To find contact information for your representatives, visit whoismyrepresentative.com 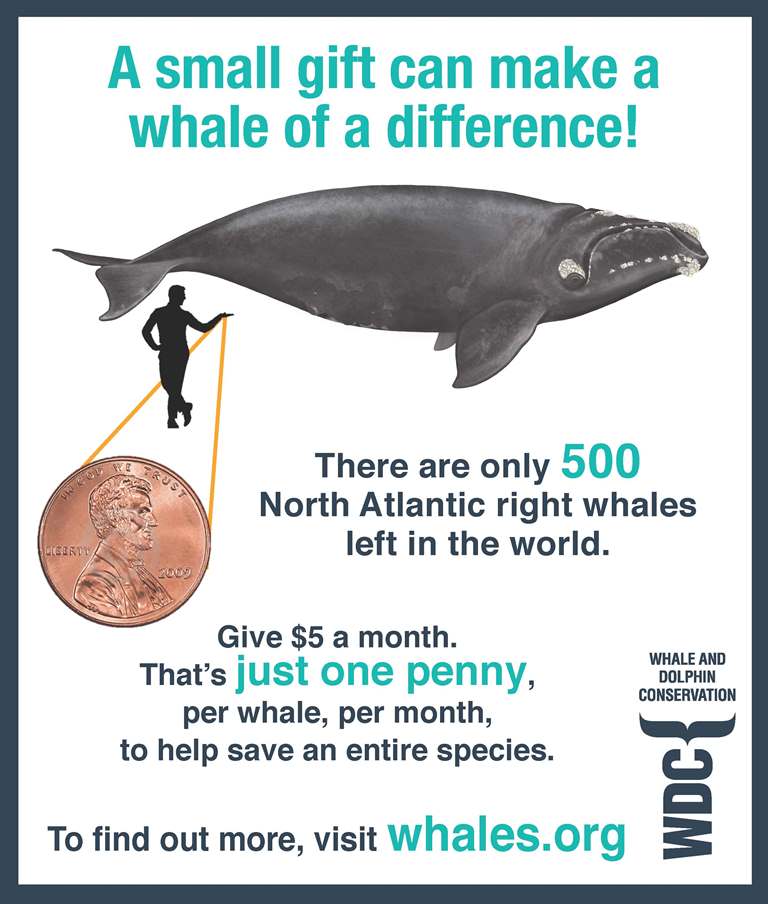 •  Donate to support WDC’s work:  A small give can make a whale of a difference!

• Choose Massachusetts Lobster: If you choose to eat lobster, then look for the green “whale” rubber bands on lobster claws to make sure you are getting the most responsibly caught Atlantic lobsters. Massachusetts lobstermen have historically been subjected to the most stringent procedures to reduce risk for North Atlantic right whales.  Massachusetts was the first to use sinking ground lines; is the only state that requires their use in all of its waters; and is the only state subject to a seasonal closure during the time right whales are in the area. 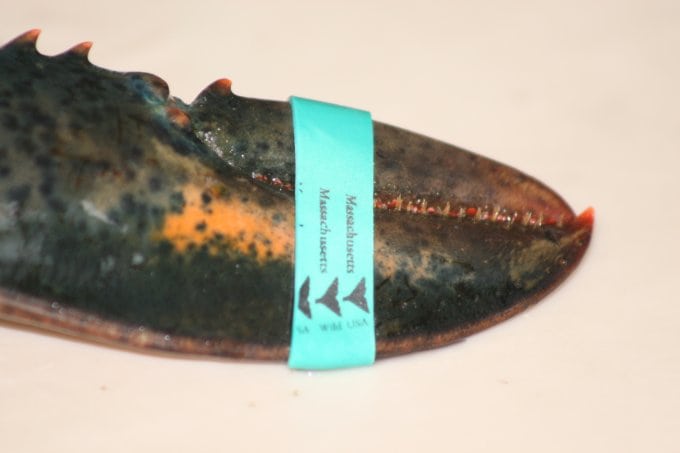