I recently returned from beautiful San Juan Island in Washington State, attending the 5th Superpod orca symposium – my third time attending and presenting on WDC’s work to protect orcas around the world.  Superpod continues to grow every year, with more speakers from diverse fields and an increasing audience of “orca-holics” from all over the world.  For the first time this year, Superpod took the form of a traditional conference, with most presentations during the day and free time to network, socialize, and brainstorm at night.  Speakers ranged from a Student-Advocate roundtable with young filmmakers and activists to noted orca biologists including Ingrid Visser and Naomi Rose, as well as the Center for Whale Research’s Ken Balcomb and D. Giles.

The San Juan Islands are the summer home of the critically endangered Southern Resident orcas.  The term “Superpod” refers to the social event when all three of the Southern Resident orca pods – J, K, and L – are present in the same place at the same time; a sort of ritualistic greeting ceremony when all the pods are socializing and interacting together.  In other months, the pods are more spread out, with K and L pods traveling as far south as Monterey, California in search of Chinook salmon, and J pod staying more resident in the Salish Sea.  The human equivalent borrowed the term to reflect the varied background of the participants in the annual meeting.  Read more about the history of Superpod here, or visit the link to videos at the bottom of this page to see Jeff Ventre’s introductory talk. 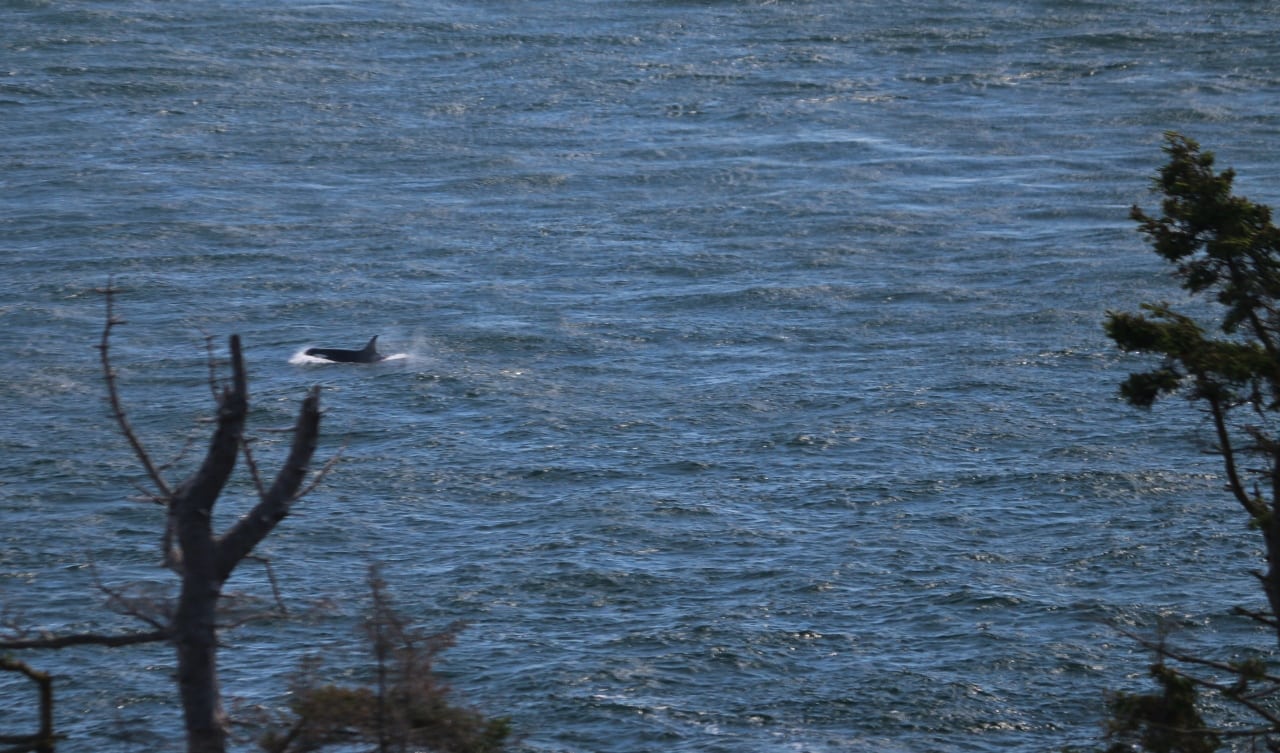 Superpod attendees have always been lucky enough to see plenty of Southern Residents during our time on the island, but for the last two years the presence of these iconic whales has been changing.  Researchers from the Center for Whale Research (CWR), now in its 40th year of their annual orca survey, note that the orcas have been unusually absent this year so far.  When they have seen the whales, they are in smaller, more fragmented groups and are spread out over greater distances.  This unusual distribution of the Southern Residents is likely due to a lack of Chinook salmon (their primary food source) in their core summer habitat.  CWR saw a similar pattern in 2013, when the orcas were in the Salish Sea less than half of the normal time they spend in the area. That year was one of the worst in recent memory for salmon returning to the Fraser River, and so far 2016 is shaping up to be a bad year for Fraser River salmon as well.  This worrisome pattern and the effects of prey depletion were reiterated with the recent news of a missing Southern Resident matriarch, and fears for the health of another.

Bigg’s, or transient, orcas, on the other hand, are turning up in record numbers, likely due to increasing amounts of other marine mammals (harbor seals and sea lions) in the area.  Though both Bigg’s and Resident orcas are threatened by pollution and biocontamination, the well-fed Bigg’s are able to sequester toxins in a healthy blubber layer and aren’t as affected as the Resident populations.  New research indicates that prey depletion and toxic contamination are significantly impacting the reproductive success of the Southern Residents – when food is low, they are more susceptible to toxin effects and more likely to miscarry a developing calf. 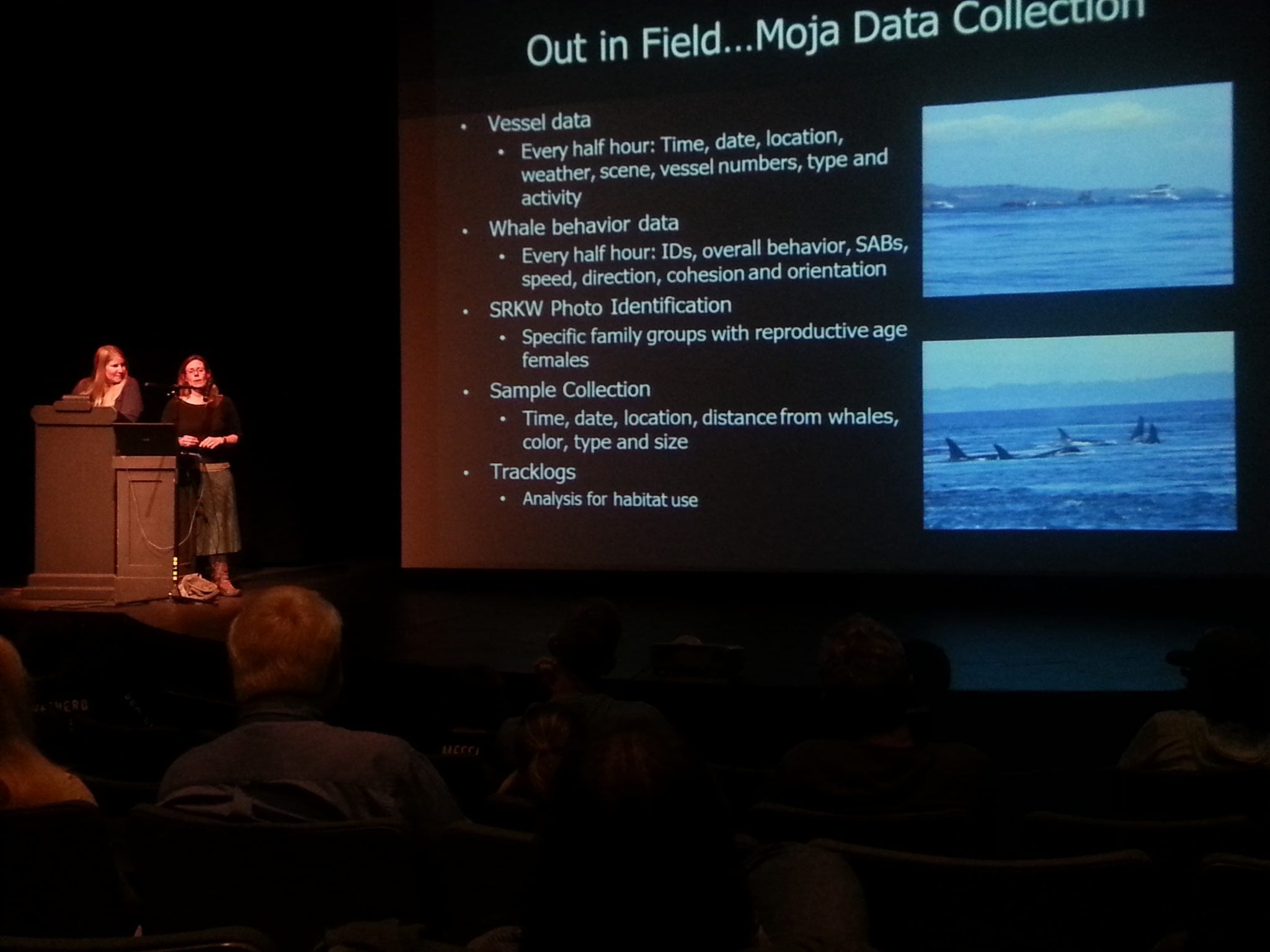 This research was among the scientific discussions presented at Superpod.  We also heard updates on captive orcas Morgan, Tokitae, and Kiska; the new short documentary “Voiceless” had its world premiere; neuroscientist Lori Marino discussed the complexity of whale and dolphin brains; former Navy biologist Meegan Corcoran talked about the effects of sonar on marine mammals and how the Navy could improve mitigation techniques.  These are just some of the highlights of a week full of great discussions both on and off the presentation stage.  I was honored to once again talk about the work WDC is doing in ecosystem restoration to help the Southern Residents by restoring rivers and their primary prey, Chinook salmon.  Jim Waddell, a former Army Corps Engineer, discussed the economic and environmental benefits of dam removal on the Snake River, what would be the largest ecosystem restoration project in the US to date.  Dealing with “deadbeat dams” and river restoration on former salmon powerhouse rivers all along the west coast is one of the most important things we can do to help the Southern Residents have an abundant supply of food.

The connection between rivers, salmon, and orcas was a highlight of last year’s Superpod and continued to inspire action this year, with the creation of a new Facebook page focused on the four lower Snake River dams (be sure to follow for news, updates, and action alerts!).  This page is the perfect example of the spirit of Superpod – the gathering is intended to be a hub of brainstorming, networking, and cross-pollination for new ideas.  Originally focused on ending captivity for orcas, Superpod has grown in the last few years to include all captive whales, dolphins, and porpoises, and conservation for wild orca populations – particularly the Southern Resident community that serves as our main inspiration. 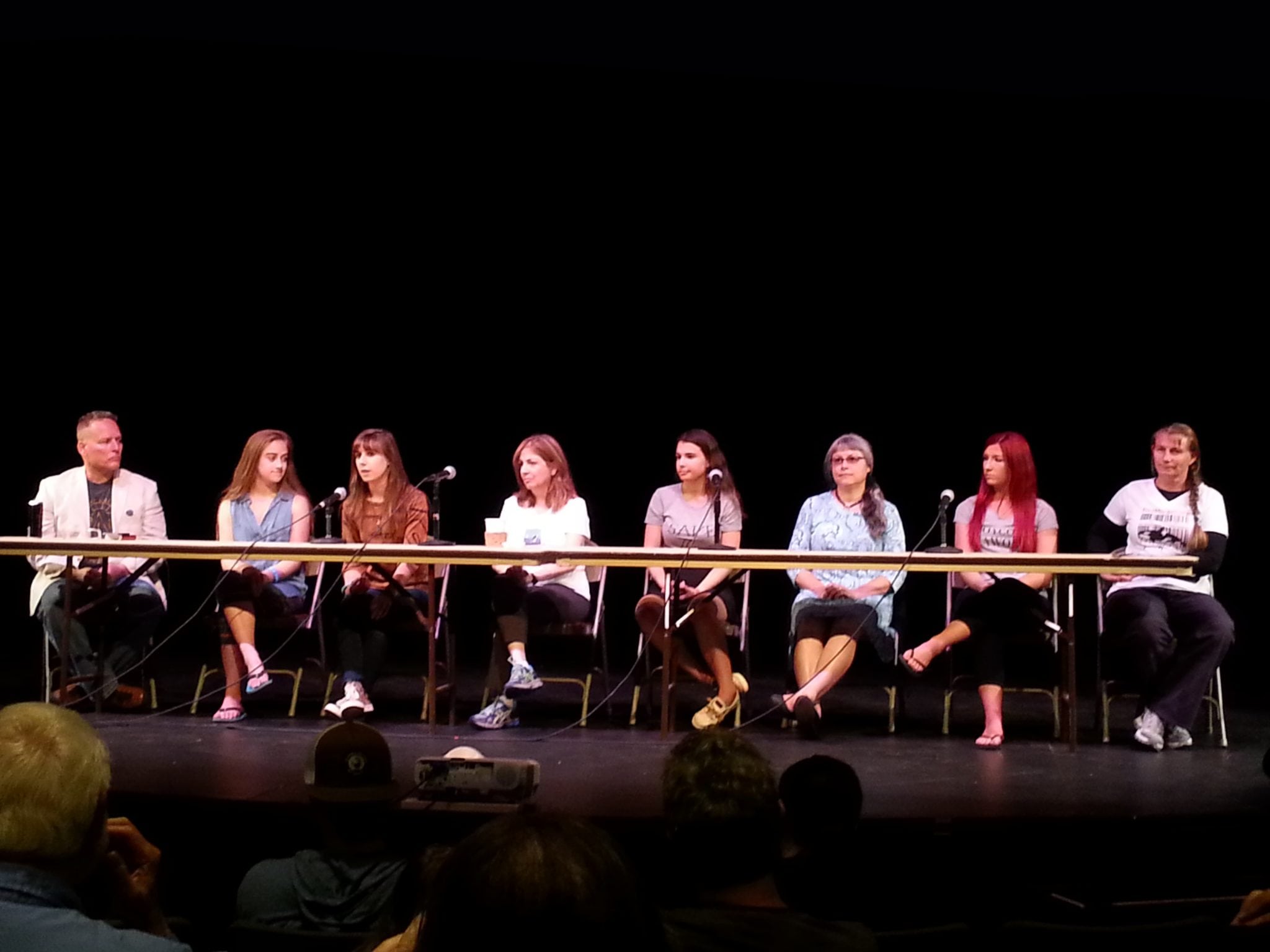 The Southern Residents did make an appearance this year, along with Bigg’s orcas, many humpbacks, and even a fin whale! The island community was as welcoming and wonderful as ever to the over 250 people who attended this year.  Superpod is all volunteer-organized and operated (big thanks to this year’s organizers for doing such an amazing job), and has grown so large that it is now switching to a biennial schedule.  Join us in 2018 for the next Superpod and see what has changed between now and then!

Click here or visit Jeff Ventre’s YouTube page to watch videos of the presentations from this year’s Superpod, and for more on the orcas of the Pacific Northwest, revisit our Orca Month webinar.

Your support makes it possible for us to protect orcas everywhere, through ending captivity or restoring rivers to help wild communities of orcas.  Help us continue this important work by Adopting an Orca or making a donation.