A protest by members of the public and conservation groups, including representatives from WDC, will end with a rally outside the Japanese embassy in London on the eve of another bloody season of hunting in Taiji, Japan. 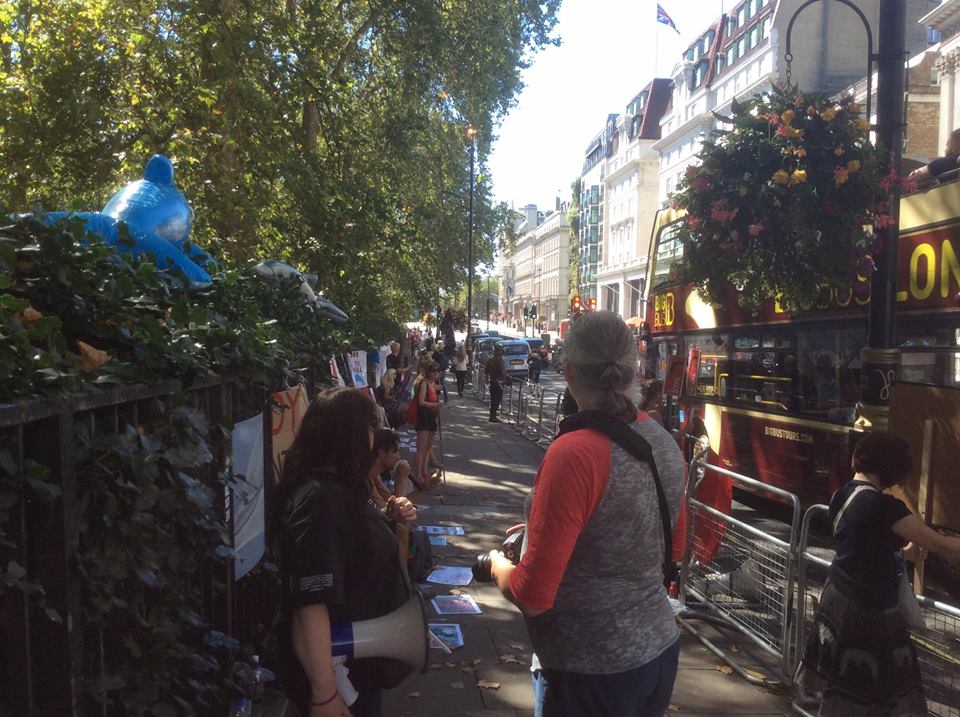 Those taking part in the event are calling on the Japanese government to stop the appalling slaughter of dolphins and small whales in the infamous hunts, in which fishermen use their boats to force these creatures into a small cove where they are then brutally slaughtered. Those that are allowed to live are sold on to theme parks where they face a life held captive in a small pool performing tricks for the pubic.

A total of 902 dolphins from five species were driven into the cove last season. 652 were slaughtered, 133 released and 117 were taken alive.

The protest starts at 12pm tomorrow (1st Sept) and ends at 6pm at the Japanese Embassy, Green Park.

You can read more about the hunts in our blog here