A team of experts from the Institute of Zoology in London have spent the last two days carrying out a post-mortem on a young female sperm whale that stranded on Perranporth beach on the north coast of Cornwall.

The whale, which was over 10m long, came ashore on Sunday but rescuers were unable to save it. Early results indicate the whale had fed on squid (their main prey) at some point but had no marine debris in its stomach.

According to the Cornish Wildlife Trust which runs the local Marine Stranding Network, there have only been five previous sperm whale strandings in the county since records began. Even more amazing it appears from the national stranding records that this may be the first confirmed female sperm whale stranding in the UK for over 100 years. Sperm whales are usually found in deeper offshore waters and females tend to inhabit warmer waters at lower latitudes, such as those around the Azores.

Find out more about whale strandings 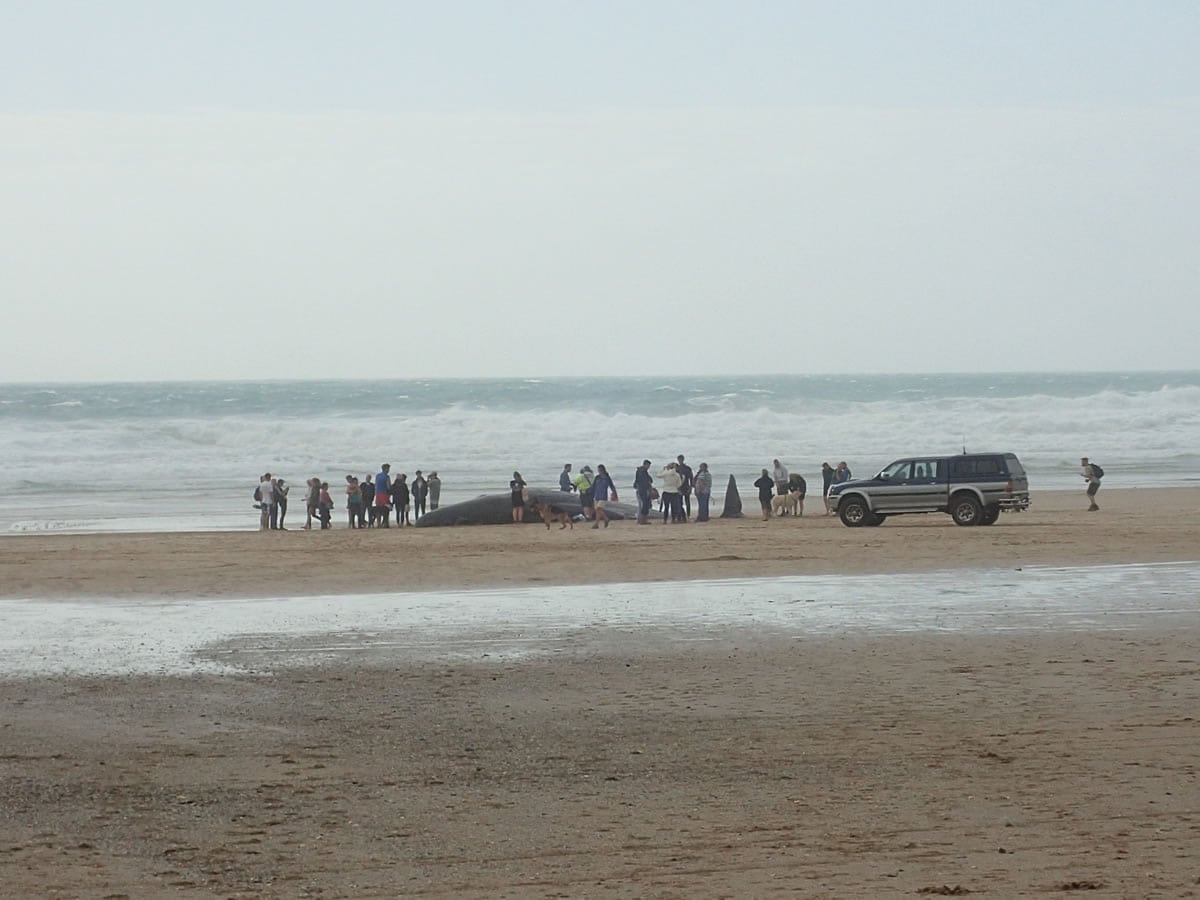