Thankfully this particular Rainbow doesn’t need much chasing around to find – it was great to see adoptadolphin star ID#31 “Rainbow” getting a bit lively recently on an early morning tide at Chanonry Point. Rainbow and her son Indigo came to join another of WDC‘s adoption dolphins “Kesslet” ID#433 and her son Charlie, who were there finishing off some nice fish that they had caught over towards the Rosemarkie coastline and after breakfast was finished the dolphins, who possibly haven’t seen each other in a while had a nice social get together and Rainbow, who I don’t see breaching very often, gave a lovely jump right in front of my camera. It’s one of very few images that I have of her out of the water and I treasure shots like these – even in poor light. 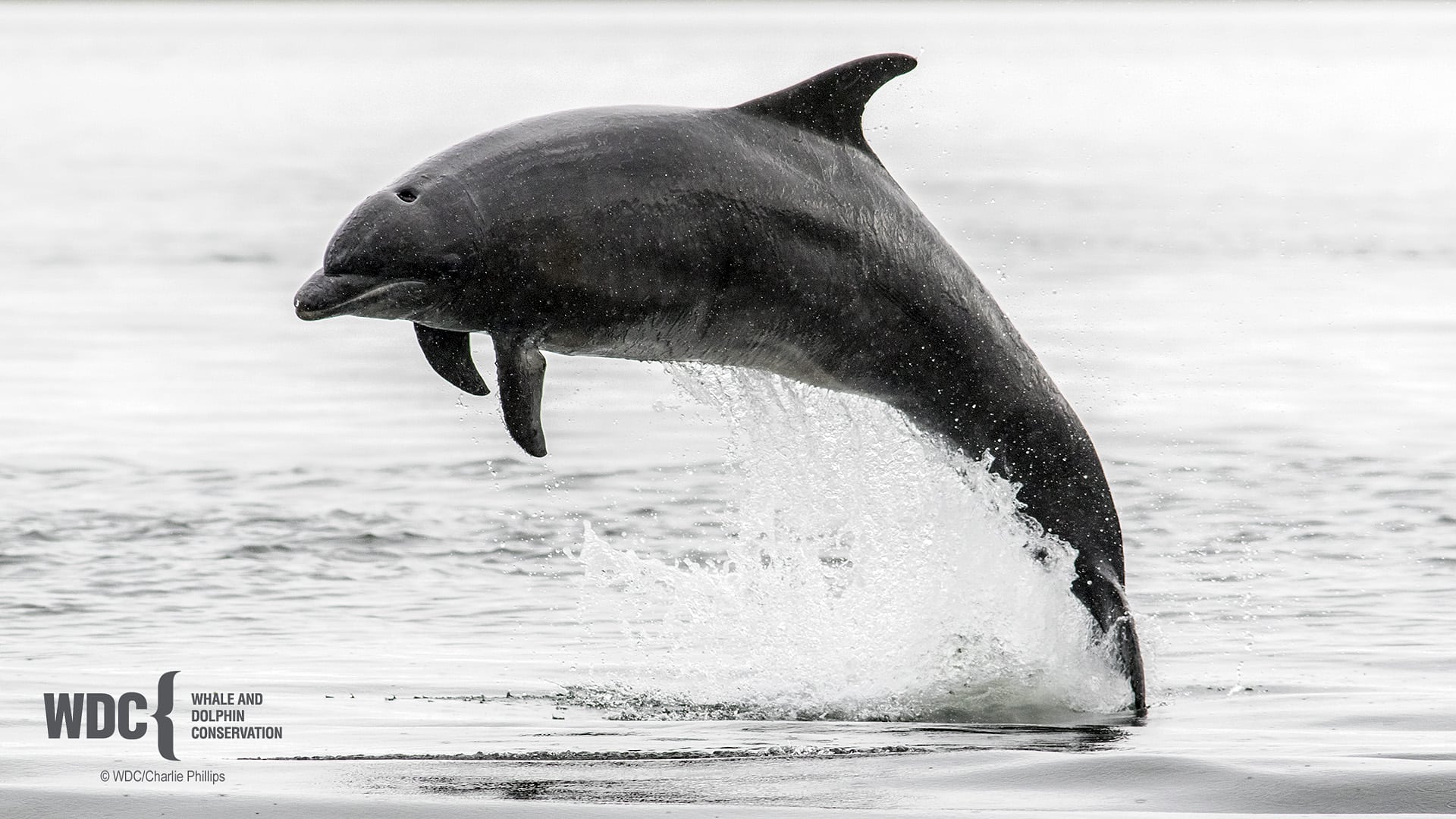