From June 16th through June 23rd, seven YouTube superstars and influencers, including Callux, GlitterForever17 and Julienco, will be supporting animal charities represented in the game by seven animal themed dragons added to the Dragon Mania Legends® game in the latest release. They include a gorilla, orca, panda, rhino sea turtle and snow leopard.

The YouTubers will be competing with each other to collect the most Golden Paws pledged to them by the players inside the game. The more people that play the game (collect gold, breed dragons, win battles etc.) the more Golden Paws they get. They can then gift these to the YouTuber and the dragon that they want to win.

The one with the highest number of Golden Paws will win the event and Gameloft will donate €25,000 to the lucky charity that the winning player is supporting. In the case of the orca dragon, that charity is WDC.

“We’re really excited about this event”, says Gonzague De Vallois, Gameloft’s Senior Vice President of Publishing. “Mobile gaming offers great opportunities for activities like this – we can integrate the event into the game and donate money and raise awareness for great causes, while also enhancing the player experience”. 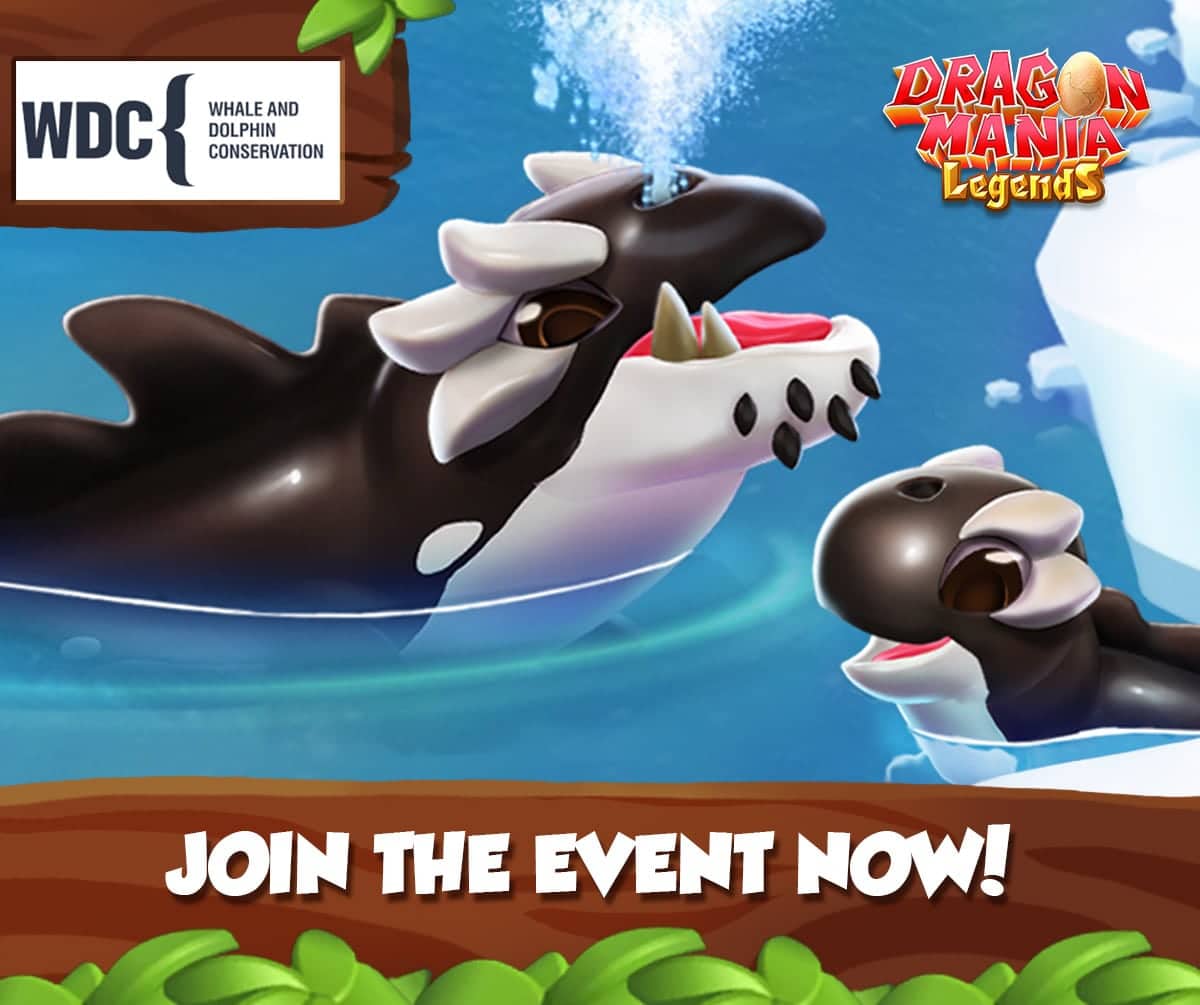