WDC has reported on the growing number of incidents of dolphin vandalism in the Gulf of Mexico over the past several years, and has even offered rewards to encourage the public to help identify the perpetrators of these crimes.  We have shared our concern about an apparent and emerging regional trend involving the directed violence against bottlenose dolphins. Most recently, WDC received word of yet another dolphin death involving a gunshot wound in the panhandle region of Florida just west of Destin, near Okaloosa Island, Florida. 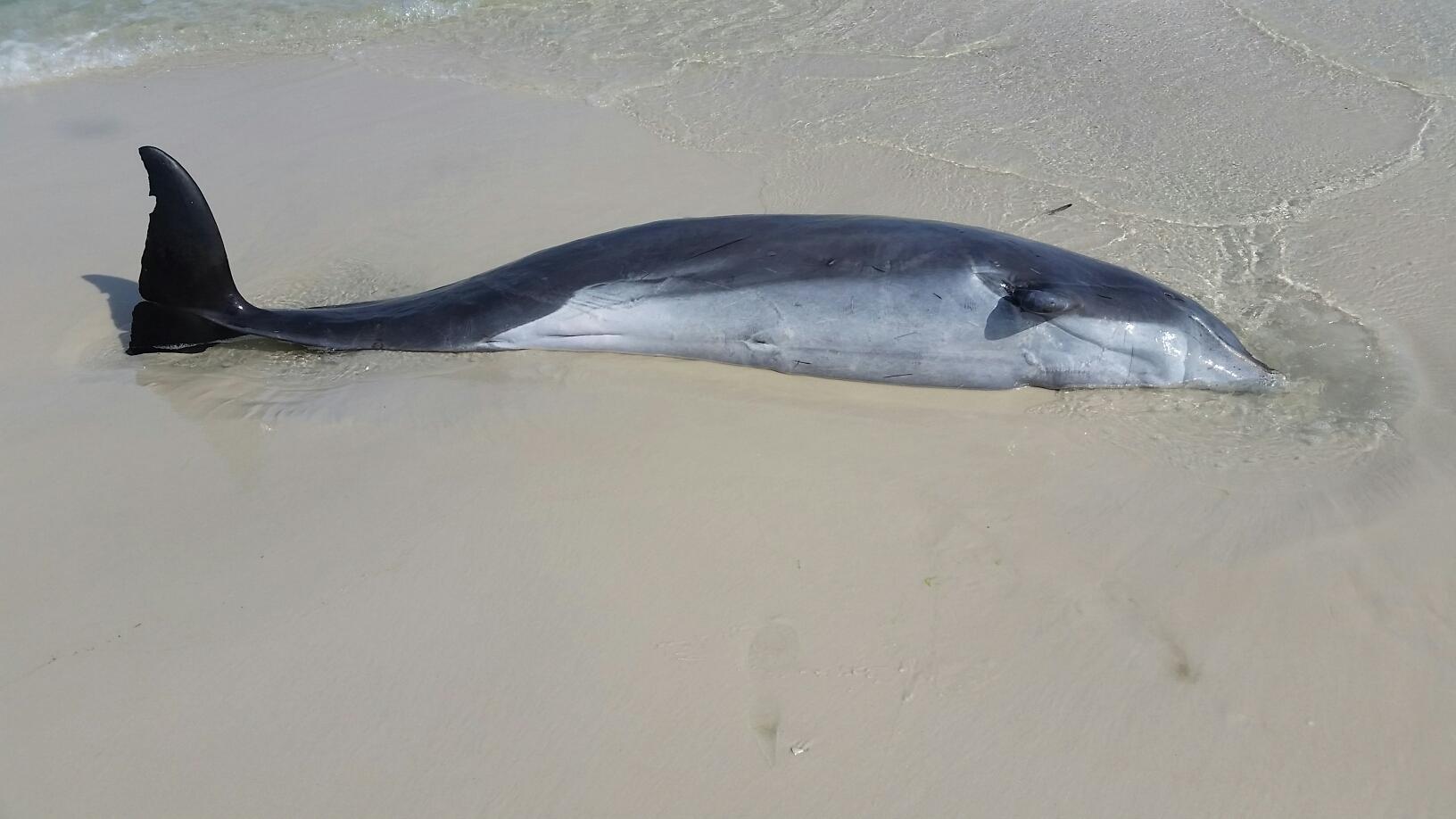 According to the necropsy, this incident involved an older male dolphin that was found with a bullet lodged in his shoulder near the back of his head on May 9th.

The panhandle region of the Gulf of Mexico is known by regulatory agencies and conservation organizations as a ‘hotbed’ area of harassment. Interactions between humans and wild dolphins routinely occur through close vessel approaches or through direct contact associated with commercial or recreational fisheries, swim-with, or feeding activities. Such interactions are of serious concern for wild dolphin welfare and conservation under the U.S. Marine Mammal Protection Act, as well as for human safety.

In recent years, an alarming number of dolphins in this region have been fatally wounded by gunshot, hunting arrows, or sharp tools (i.e., screwdriver). The harassment or ‘take’ of bottlenose dolphins (Tursiops truncatus) resulting from increasing opportunities to encounter this species in the wild through commercial or recreational activities which put humans in close proximity to wild populations is of growing concern within the United States. The take of marine mammals, including harassment and feeding, is illegal under the U.S. Marine Mammal Protection Act (MMPA), and concern is growing over human-dolphin interactions concentrated in certain coastal areas in the Gulf of Mexico where injuries or fatalities to bottlenose dolphins, specifically, have been documented.

These encounters, which bear great potential and risk for injury to the public and to individual dolphins and populations, may take the form of interaction with recreational or commercial fishing vessels and gear; direct interaction with humans through feeding or swim-with activities; or encounters with vessels during whale or dolphin viewing activities. Impacts to wild dolphins from these activities include conditioning and alteration of normal foraging and resting behaviors; disturbance and ultimate dispersal of populations from preferred habitat; injury from vessel strikes or directed harm, and reduced reproductive success, all of which can threaten survival. 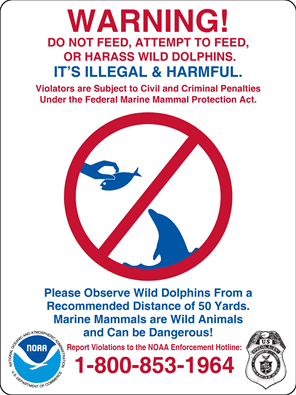 Federal authorities continue to seek information relating to what appears to be a pattern of violence against dolphins along the coastlines of Florida, Alabama, Mississippi, and Louisiana. Bottlenose dolphin stranding data maintained by the National Oceanic and Atmospheric Administration (NOAA) show an apparent increase in the number of dolphins stranding dead with evidence of a gunshot wound in the northern Gulf of Mexico. From 2002-2014, at least 19 dolphins have stranded with gunshot wounds, with 63 percent of those occurring since 2010. These incidents are cause for concern considering the potential trauma and suffering experienced by individual dolphins in these cases, and also total unknown impacts on wild populations. The numbers of individuals recovered may only represent a fraction of total numbers of animals that may never wash to shore, strand, or become available to recovery efforts.

WDC is asking anyone with details about this incident to contact NOAA Law Enforcement at 1-800-853-1964. Tips can be left anonymously.