SeaWorld’s recent announcement that it will immediately end its captive breeding program for orcas throughout all of its parks, alongside a phasing out of its traditional orca performances and shows to make way for a more ‘natural’ visitor experience by 2019, was met with a fair amount of surprise from the public, and from within the aquarium industry itself. As we have watched SeaWorld fight back against congressional inquiries, OSHA citations, civilian lawsuits, plunging stock value, flagging ticket sales, and other public relations nightmares spawned by the tragic death of trainer Dawn Brancheau and documentary Blackfish, we were still taken by surprise by this significant about-face by SeaWorld. 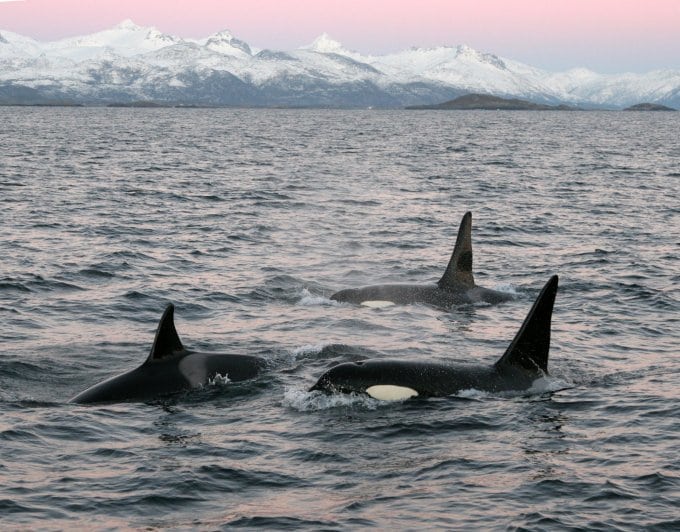 As the embattled leader in marine park entertainment, SeaWorld essentially conceded that public attitudes have shifted so significantly that its current business model is unsustainable. As the primary pressure point since the release of the paradigm-shifting documentary Blackfish in 2013, orcas have become the poster child for all whales and dolphins in captivity. The roadmap towards a sunset on orcas in captivity has effectively been revealed.

This dramatic shift in policy is testament to the power of the people, and the gradual awakening of an industry to a progressive alternative future—a future not reliant upon unethical practices, and one that can highlight the best aspects of its operations (rescue and rehabilitation) utilizing state-of-the-art technology to complement its entertainment offerings. Without SeaWorld stating the obvious, with this decision it has essentially acknowledged that orcas are too large, too socially complex, and ill-adapted for concrete captive environments.

And, they have announced that they will do what we have collectively asked them to do—they have committed to no longer acquiring any cetaceans from the wild, phasing out their orca shows and breeding programs, and refocusing their attention and resources towards pressing marine conservation issues and rescue work. With these steps forward, they have acknowledged that their reputation, because of the current and projected future attitudes of the public regarding the holding of orcas in captivity, will not be enhanced by stubbornly hanging on to a conflicted and outdated practice that is increasingly causing discomfort for the consciences of a good majority of the public.

And because of this, SeaWorld must know that orcas represent every cetacean in captivity. They know, and we know, that it is not just about Tilikum and the other orcas. Although the touchstone since the release of Blackfish, orcas are representative of all whales and dolphins—sentient, far-roaming, socially complex, and ill-suited both physiologically and psychologically for a life in confinement.

In response to questions about these ‘others’, the other marine mammals in SeaWorld’s care, SeaWorld CEO Joel Manby replied “Stay tuned on that…We need to execute this well. We need to have the organization in the same direction. Then we will apply those learnings elsewhere.”

This response suggests that of course SeaWorld gets it, and that there might be room for it to move further on dolphins, or belugas, or the pilot whales in its care.

And, it is not just about SeaWorld, either. There are still other facilities, and other countries conducting captures from the wild and importing whales and dolphins from unsustainable sources or through cruel methods. But with this decision, SeaWorld becomes a leading industry example of what needs to, and can, happen elsewhere. Globally, there are over 3,000 whales and dolphins in at least 300 facilities. This move could be the large pebble that initiates a ripple effect throughout the once-placid and well-protected waters of the public display industry.

The response from other corners of the marine park industry was almost an audible recoil into a crouched and defensive posture. The Alliance of Marine Mammal Parks and Aquaria (AMMPA) issued a statement the very same day that revealed a stark and vivid contrast between perhaps an emerging ‘new guard’ and an old guard still entrenched in the slippery-slope rhetoric of self-defense, fear-mongering, and victimization. Where SeaWorld’s announcement could provide room for collaboration and dialogue, the AMMPA’s was about ‘us and them’ with reference to an activist agenda set to destroy the livelihoods of marine mammal trainers and future educational opportunities for our children.

The more conservative and supportive response from the Association of Zoos and Aquariums (AZA) also made sure to remind us through its less-dramatic statement that zoos and aquaria are committed to animals in their care, especially SeaWorld that will continue with its ‘state of the art’ care for the orcas in its parks and in the oceans. It could be that we will see an end to the solidarity of the captivity industry as it starts to fall under the weight of public opinion and internal philosophical divides.

And then there are the bright lights within the aquarium industry that are light years ahead of SeaWorld in determining that their model, based in ethics, public attitude survey data, and forward-thinking business acumen, must change.

The National Aquarium in Baltimore had discontinued breeding, developed a policy against acquisition from the wild, and considered possible alternative sanctuary environments for the dolphins in their care, long before Blackfish came onto the scene. Similarly, Merlin Entertainments has developed a policy against the keeping of whales and dolphins in captivity and is working hard in conjunction with WDC to develop sanctuaries for the whales and dolphins it has acquired.

WDC welcomes any positive and incremental step towards the phasing out of the practice of holding whales and dolphins in confinement for our entertainment. Captivity involves a cruel lifecycle from start to finish, whether it involves capture and separation of individuals and families from their ocean homes, or a lifetime of confinement and dysfunctional social groups in sterile concrete tanks.

It used to be counter-culture to question captivity; now it is becoming clear that a rapidly growing number of people despise this outdated and dying practice. Questioning and opposing the practice of captivity has gone mainstream. The commitment of any facility to no longer acquire whales and dolphins from the wild and end breeding are two steps in the right direction towards ultimately ending a cruel industry and all of the pain and suffering associated with it.

So, this is not a free pass for SeaWorld, but it is an open door. We hope that door will open wider. It is perhaps the beginning of more rational engagement where dialogue and positive leadership can slowly turn the captivity industry ship around, and steer it into more humane waters.

As we witness the beginnings of a sunset for one species in captivity, perhaps it will welcome a future sunrise and new hope for others.

We continue our work towards realizing sanctuary environments for whales and dolphins, and believe that a more natural solution is both a realistic and idealistic future for an improved quality of life for each and every one.