ABC in Australia report that scientists have been able to gather vital DNA samples from a rare hybrid dolphin that stranded on Cable beach in Broome, Western Australia.

When the dolphin originally came ashore, efforts were made to rescue it but it could not be saved. The dolphin was found to be suffering from lung worm.

Crossbreeding in dolphins, while rare, has been observed elsewhere, such as in Scotland where WDC’s field team have come across a Risso’s dolphin/bottlenose dolphin hybrid (pictured below).

“Hybrids are known to exist between several different species of cetacean, however their occurence is still considered rare and to be able to undertake a full examination on a dead one is unfortunate for the individual animal but intriguing for science,” says WDC’s Head of science and research, Nicola Hodgins. 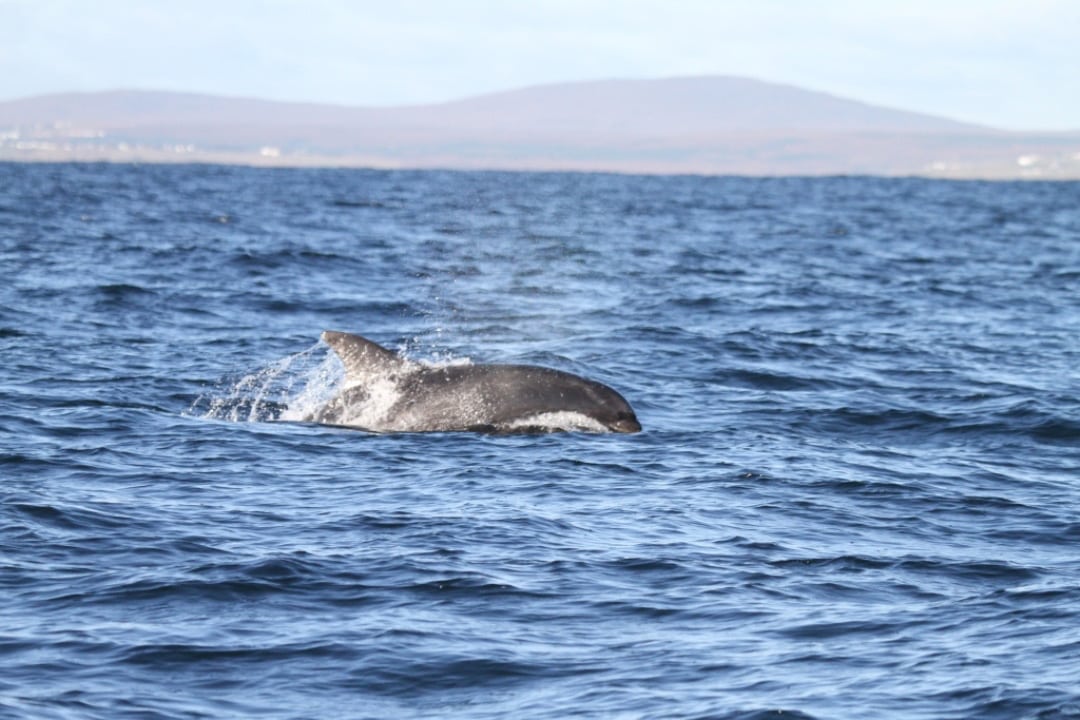