A few days ago on a remote, windswept beach on the wild shores of north west Iceland I found myself standing in front of a dead orca carcass that had been reported washed ashore earlier that day by a local farmer. She was identified by researchers as IS223 and was just over 5 metres long with a 62cm dorsal fin. Having been fortunate enough to observe and study orcas all over the world I had never been this close to such a noble creature before. It was a very humbling and privileged experience as a few friends and I stood in sad silence to pay our respects to the matriarch laid out before us. It is still incredibly rare for dead orcas to strand ashore – most are lost at sea – so any recoverable orca body is of vital scientific importance. Colleagues set to work to obtain body samples from the carcass which would be sent for analysis to the Marine Research Institute in Reykjavik. 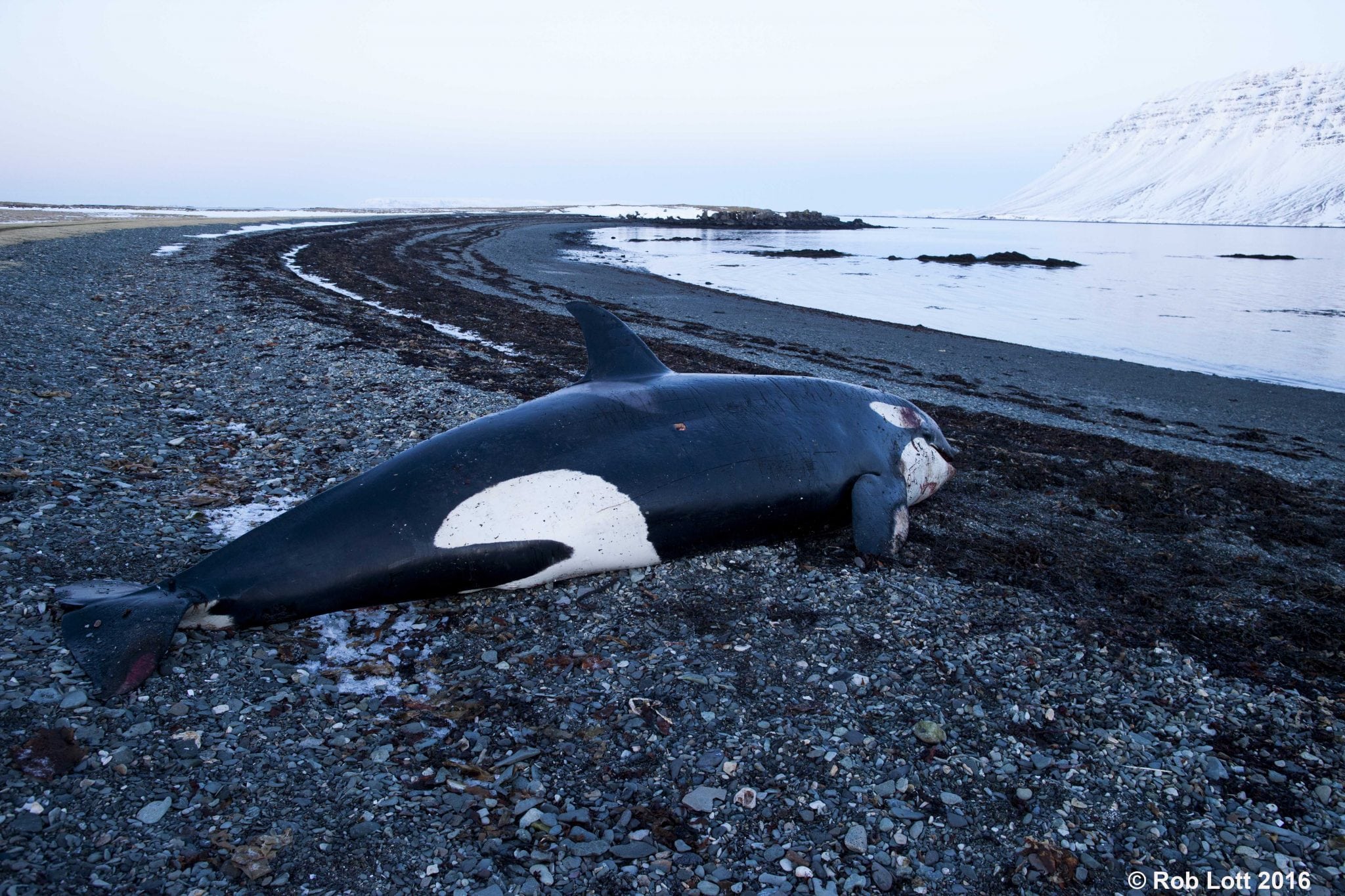 So what do we know about the life of IS223? Well, since the summer-spawning herring population chose to over-winter in this area a few years ago she has been a regular winter visitor to the fjord system in this region, especially Kolgrafafjörður, Grundarfjörður and Breiðafjörður. Filipa Samarra, Sara Tavares and the team at the Icelandic Orca Project have followed her and her pod during several winter field seasons. 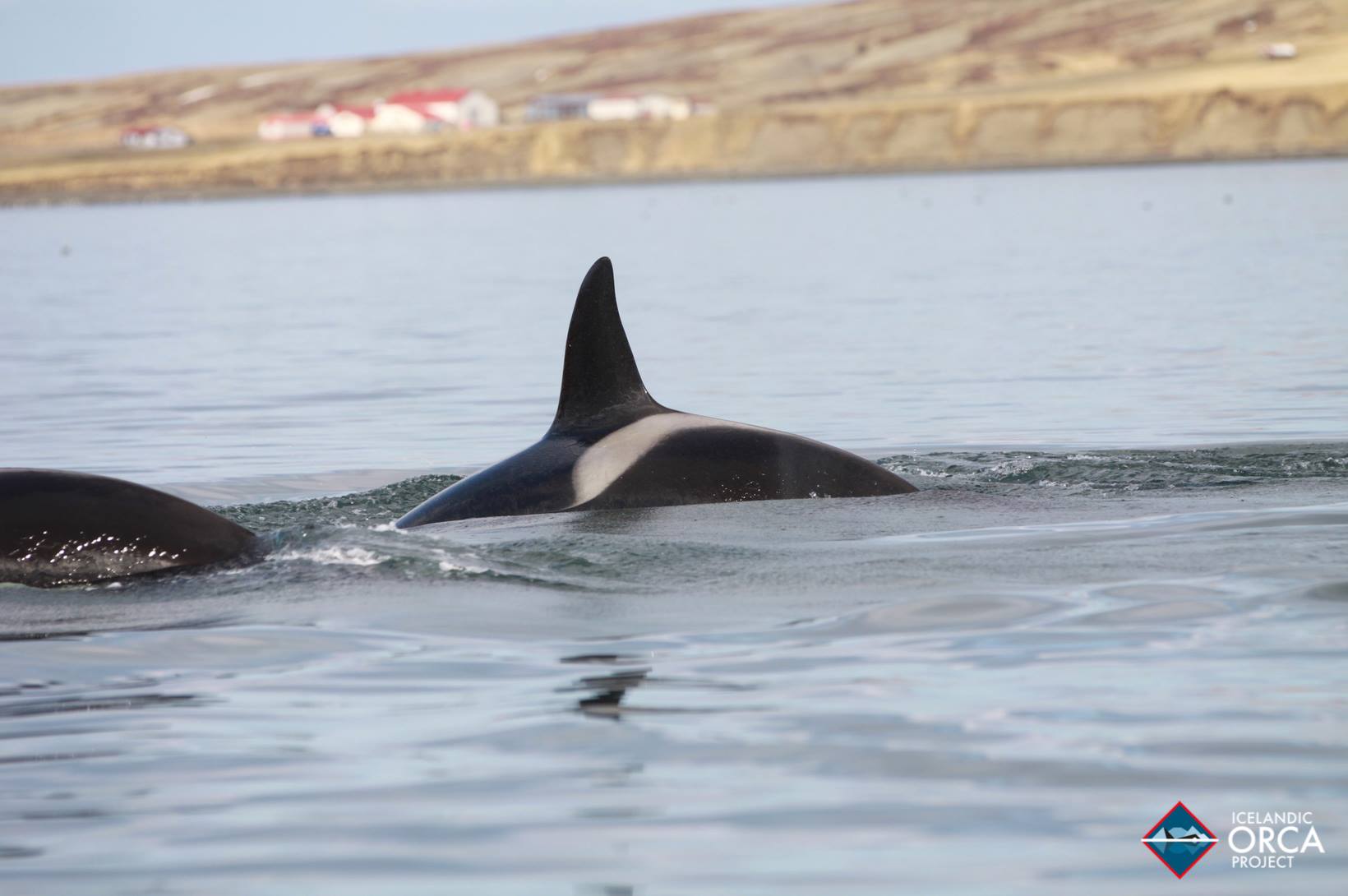 What we don’t yet know is how old she was or how she died but, on inspecting her carcass, she may well have died a natural death of old age as her teeth were considerably worn and she had no obvious external wounds. Tooth wear is a feature of this particular orca ecotype, known as North Atlantic Type 1, which appears to prey primarily on herring and possibly seals. (The other ecotype, North Atlantic Type 2 orcas, are thought to feed exclusively on marine mammals). The Icelandic word for a stranded whale, hvalreki, is also the word used to describe a ‘windfall’ in the language as in earlier times a beached whale would provide meat and materials for the local community for many months. Maybe the sad death of IS223, in a scientific way at least, will provide a windfall for researchers as teeth, blubber and tissue samples will allow them to glean valuable information not just on her physical condition and life history but, through analysis of the range and levels of toxins in her body, on her prey and the health of the ocean that IS223 called home. Her death will not be in vain as this information will add a key piece to the jigsaw puzzle as researchers continue to unravel the mysterious lives of these fascinating creatures. 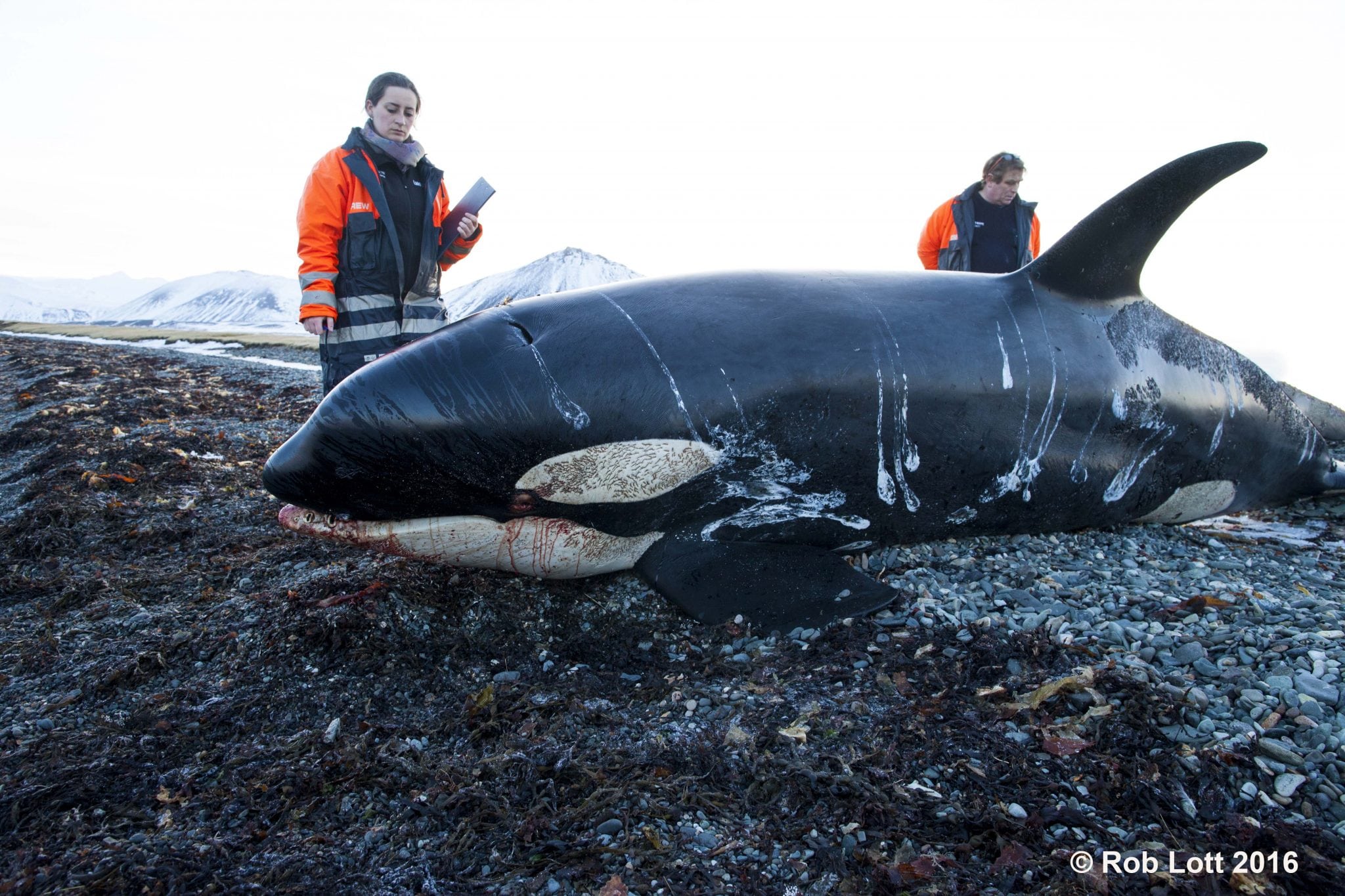 In the UK if you do encounter a stranding please don’t try and deal with it yourself but call in the experts.

In Iceland please alert the local police who will then inform the appropriate national authority.

I will update this blog when the results of any tests are known.