WDC is saddened to share the news from our colleagues at the Center for Whale Research (CWR) that newest calf in the critically endangered Southern Resident orca population, J55, is missing and presumed dead.  J55 was first seen in mid-January swimming with the J14 family group.  His or her mother was never confirmed, as the new calf was in close proximity to both J14 and J37.  Resident orcas live in tight family groups, with sons and daughters staying close to their mothers for their entire lives, and every member plays a role in raising new calves. 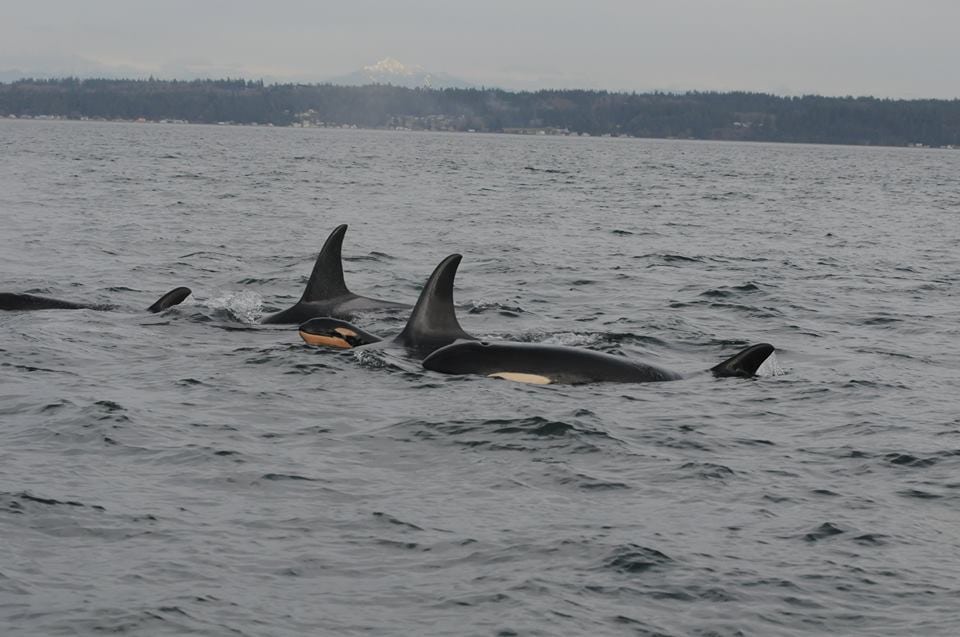 J55 was one of nine new calves born into the fragile population since December of 2014.  The “baby boom” brings a feeling of nervous optimism for the small community – the new calves are a sign of hope, but their survival is uncertain.  The first year of life can be hard for newborn orcas, with mortality rates up to 50%.  On the same day that J55 was first observed, another J pod female was seen with a stillborn calf – a sad reminder of the difficulty this population faces in successfully growing their numbers.  During the winter months the Southern Residents range farther along the coastal waters of Washington, Oregon, and California. With less frequent sightings, the survival of the other eight new calves may not be confirmed until they return to their summer habitat in the Salish Sea.

Southern Residents are primarily threatened by prey depletion, toxic contamination, and vessel impacts.  These threats can have synergistic effects – for example, female orcas who don’t have enough to eat metabolize their blubber, which is high in contaminants such as DDT, PCBs, and PBDEs.  If that female is pregnant or nursing, those toxins are passed along to her offspring, which may impact the survival of the calf.  These legacy contaminants can impair the immune and endocrine systems of orcas.

As Dr. Giles, Research Director for CWR, states, “Although the loss of any calf is a huge blow to the Southern Resident killer whales and a setback to the struggling population, it is not entirely surprising that one of the ‘baby boom’ calves did not survive its first few months; as many as 50% of newborn calves do not survive their first year.  Nevertheless, the loss of this calf underscores the need to recover the whales’ primary prey base – Chinook salmon – if the Southern Resident population of whales is to survive and thrive.”