The horrific story of the young Franciscana dolphins plucked from the sea on the beach at Santa Teresita in Argentina highlights what is wrong in our relationship with animals and the environment. In the age of the selfie and Facebook, our connection to the natural world has regressed to one that is superficial in nature. We’ve become more interested in getting that elusive pic to garner more likes than caring about an creature that is clearly in distress. Children growing up indoors, glued to phones, tablets and TV’s is creating a clear disconnect to the world that surrounds them. The Earth is not “ours”; it is a place we share with everything else that inhabits it. As a charity that is working hard to conserve the Franciscana dolphin in Argentina, we must speak up for their rights as individuals that should be able to swim free without the threat of human impact. 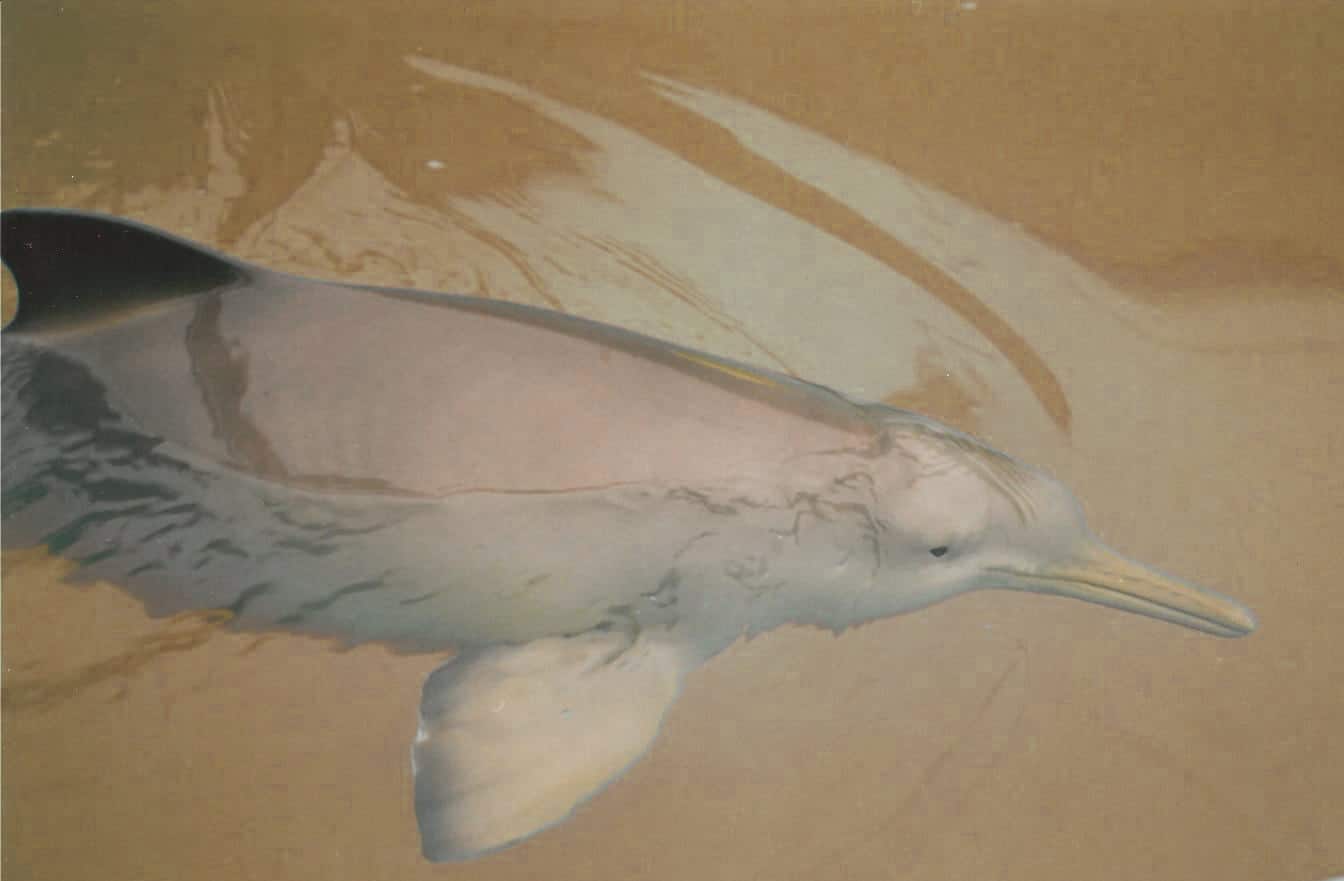 The Franciscana dolphin is a species under threat. Indeed, it is considered the most threatened dolphin in the Southerwestern Atlantic Ocean. It is an endemic species that only inhabits the coastal water of Argentina, Brazil and Uruguay, and is listed as vulnerable under the IUCN Red List. Fewer than 30,000 remain in the wild today. Recent analysis of the population shows a projected decline of more than 30% over three generations (1). This decline is most likely underestimated, so this conservative figure shows the precarious position the species is in at the present time. The causes of the population decline (accidental capture in fishing nets, reduction in prey/food) are increasing because of fishery expansion and lack of effective mitigation actions. Despite the respective governments and International Whaling Commission (IWC – the organisation that regualtes whale/dolphin hunting) acknowledging the threats posed to the species, little has changed to help halt the dramatic decline in their numbers.

Since 2011, WDC, in collaboration with local NGO Fundación Cethus, have been carrying out various projects to help conserve these enigmatic individuals. Little is known about the ecology of this species in the wild, including important areas and habitat, something our work aims to address. Our focus has been on carrying out population assessments to survey which areas are important for breeding and feeding, as well as carrying out local educational and outreach programs for their conservation.

Through working with local communities, we have started to raise awareness and put in place measures which will reduce the threat of the dolphins being caught in gillnets, including promoting the adoption of a Marine Protected Area status. Our research has also identified a potentially genetically unique population of Franciscana in the Río Negro region, highlighting the huge gap in our understanding of this species and the damage to certain populations which could have disastrous consequences.

How you can help

Our work conserving the Franciscana dolphin is only just beginning. We know that it’s imperative to build on our recent successes and help formulate action plans that will protect Francsicana for years to come. Our field officers in Argentina need all the help and finance they can get to afford to carry out essential boat surveys and community work. If you feel compelled to act, please help us by making a donation to this work.

£20 will go towards our work educating local fisherman