Even although it was sunny at Chanonry Point this morning, it was a bitterly cold wind but I was happy anyway as I spotted two groups of dolphins travelling through the Chanonry Narrows – the 1.2km gap between the landmasses where the tides are so powerful. The dolphins were about halfway across the rough but blue water, and there was Adopt a Dolphin star Kesslet with her son Charlie plus Scoopy (called Flosse in Germany) and in the other group of dolphins Mischief, another of our adoption dolphins was leading a group with Zephyr and her baby, Bonnie and her young son, plus a nice big lad called Denoozydenzy and a young female called Honey so around ten dolphins in total. I was even happier to be able to get photos, even at that distance –  and be able to identify the dolphins through their dorsal fin shapes and markings – a scientific technique called “mark recapture” – the essence of Photo Identification or Photo ID for short. 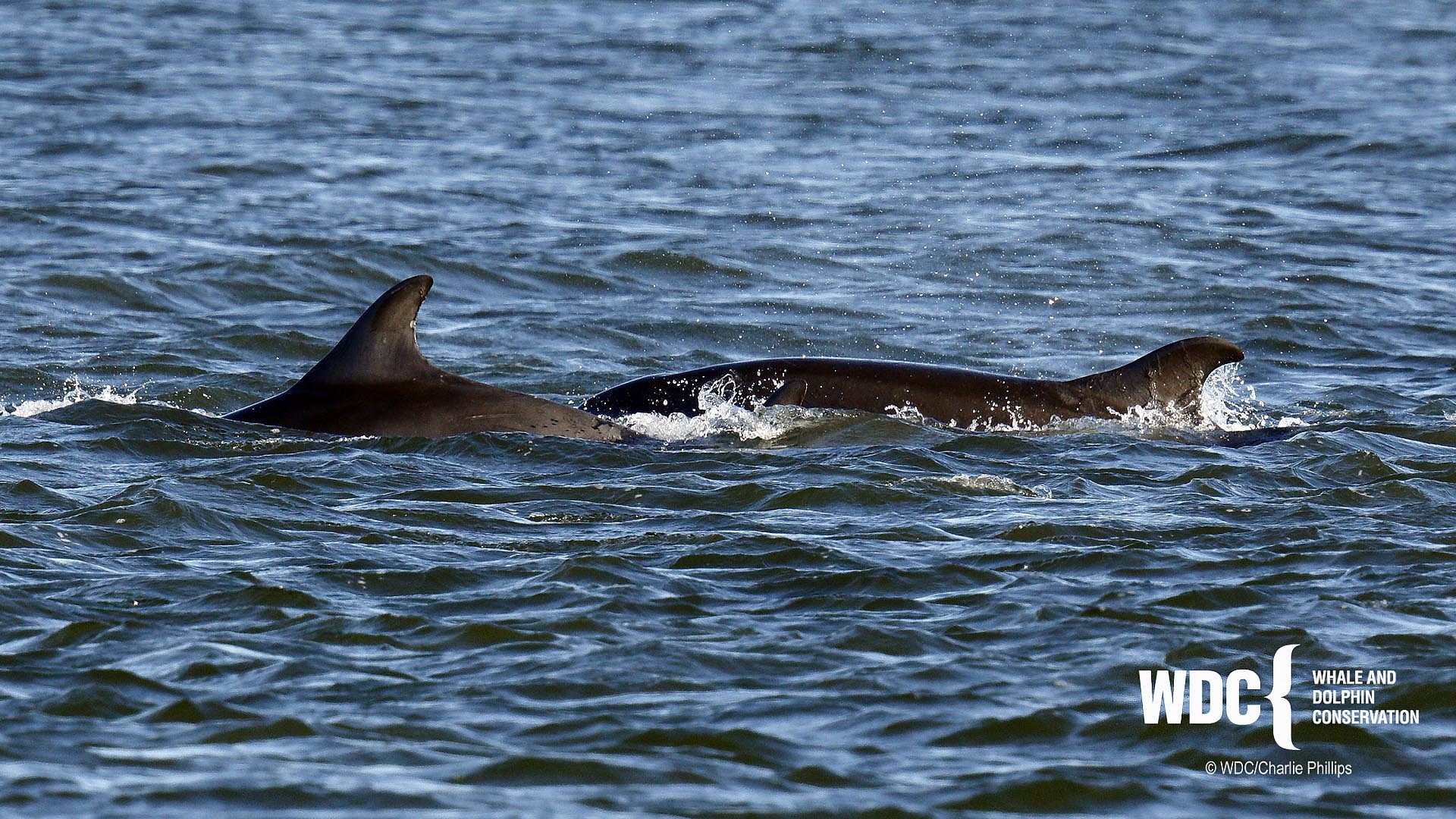 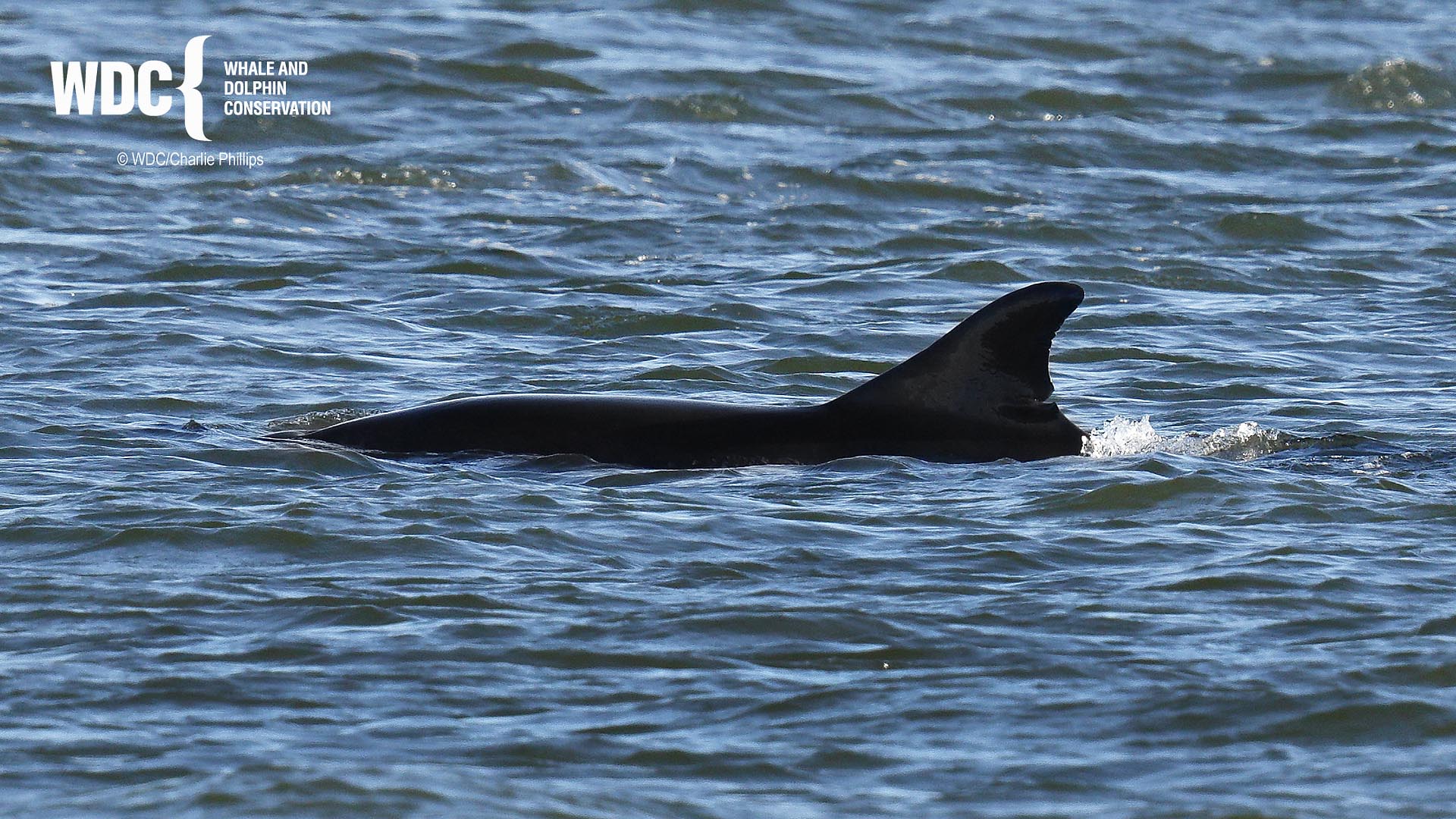