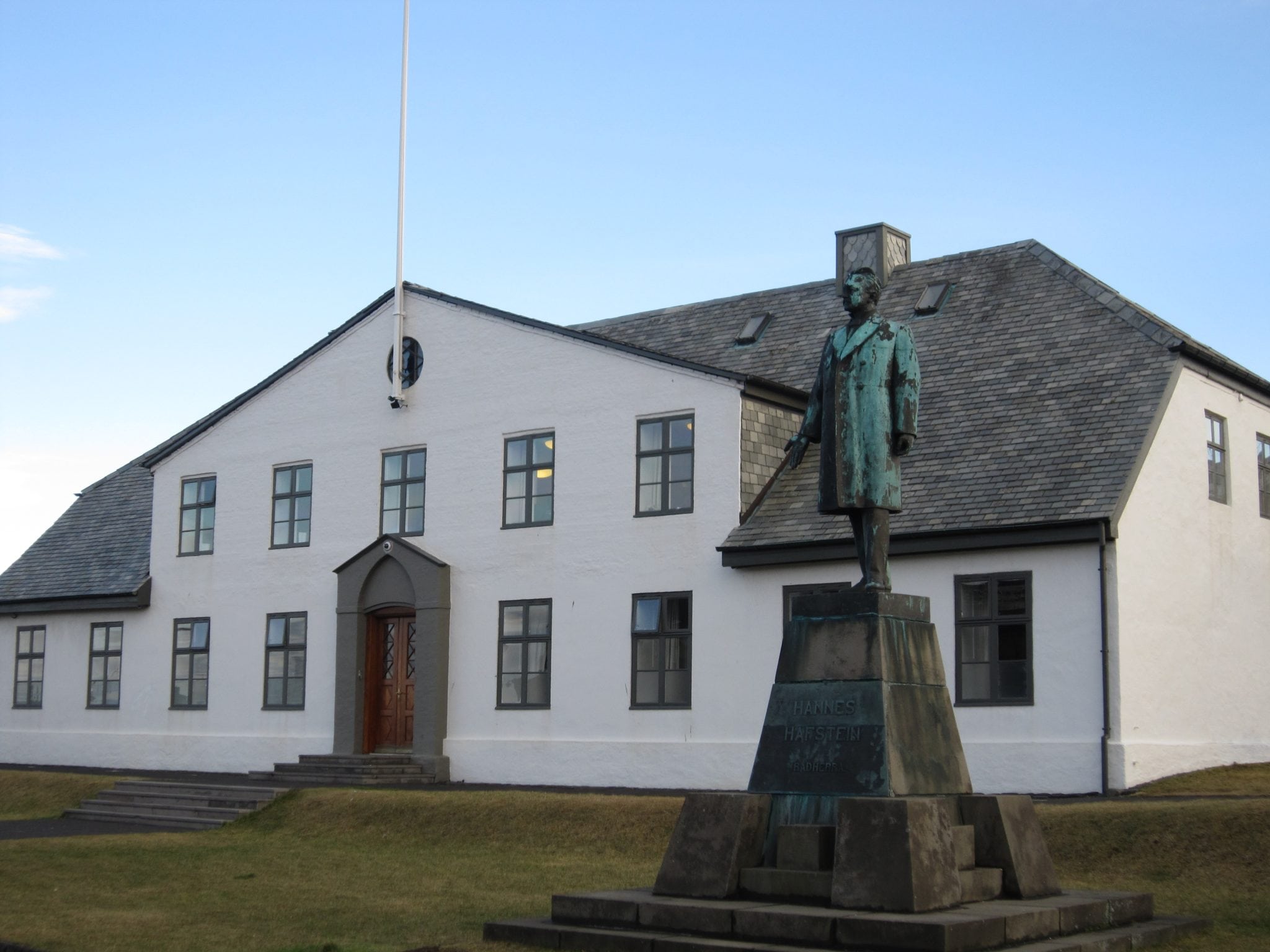 In a week when Iceland’s increasingly popular Left Green opposition party reaffirmed its opposition to whaling  and a new Gallup poll reveals that the Icelandic population’s interest in eating whale meat is at its lowest for a decade, it is surely timely that this coincides with the first official visit to Iceland by the UK’s Prime Minister, David Cameron. In fact, this will be the first official visit of a British Prime Minister to Iceland since that country became a republic in 1944 (Winston Churchill visited in 1941).

Mr Cameron accepted an invitation from Icelandic Prime Minister, Sigmundur Davíð Gunnlaugsson, and will attend the Northern Future Forum, which starts today. The Forum is an informal symposium bringing together heads of state from Northern and Baltic countries, with a focus on business and innovation.

Aside from the Forum, Mr Cameron will have a personal meeting with Mr Gunnlaugsson to discuss relevant issues, including relations and cooperation between the UK and Iceland.

In light of this historic visit, WDC and other members of the Wildlife and Countryside Link Whales Group have written to Mr Cameron, formally requesting that he table strong concerns about Iceland’s commercial whaling and in particular, its escalating hunt of endangered fin whales and subsequent trade in fin whale meat and products, particularly to Japan.

Our joint letter reads in part: “This season, 155 fin whales (along with 29 minke whales) were harpooned in the waters around Iceland. This fin whale total is the largest since Iceland resumed commercial whaling in 2006 under its controversial ‘reservation’ to the worldwide moratorium, a reservation that the UK Government rightly objected to at the time, together with 17 other IWC member countries. In addition, nearly 4,000 tonnes of fin whale meat have been shipped from Iceland to markets in Japan since May 2014 alone.”

We remind Mr Cameron of the UK government’s manifesto pledge to oppose any resumption of commercial whaling and also commend the UK’s leading role in combating  wildlife trafficking and its efforts to enhance the conservation of protected species.

This latest poll confirms that the vast majority of the Icelandic population now shuns whale meat: 81.7% of respondents said that they had not bought any whale meat over the past 12months, and consumption is at its lowest level since 2005. The poll also reveals that support for whaling is dropping. Less than half the population now supports fin whaling (42.6%, down from 56.9% in 2013), whilst support for minke whaling has also fallen dramatically and now stands at 50.1% compared to 65.7% in 2013. Support for the hunts is even less amongst women and young people.

These statistics are very heartening, demonstrating that in parliament and in households across Iceland, people are steadily turning their back on whaling. My hope is that Mr Cameron’s visit helps to further amplify the message that it’s time for Iceland to move forward and for a cruel and outmoded industry to be confined to the history books.