Marna Olsen and Hans Peter Roth provide another update from their monitoring activities in Taiji, Japan on behalf of WDC. 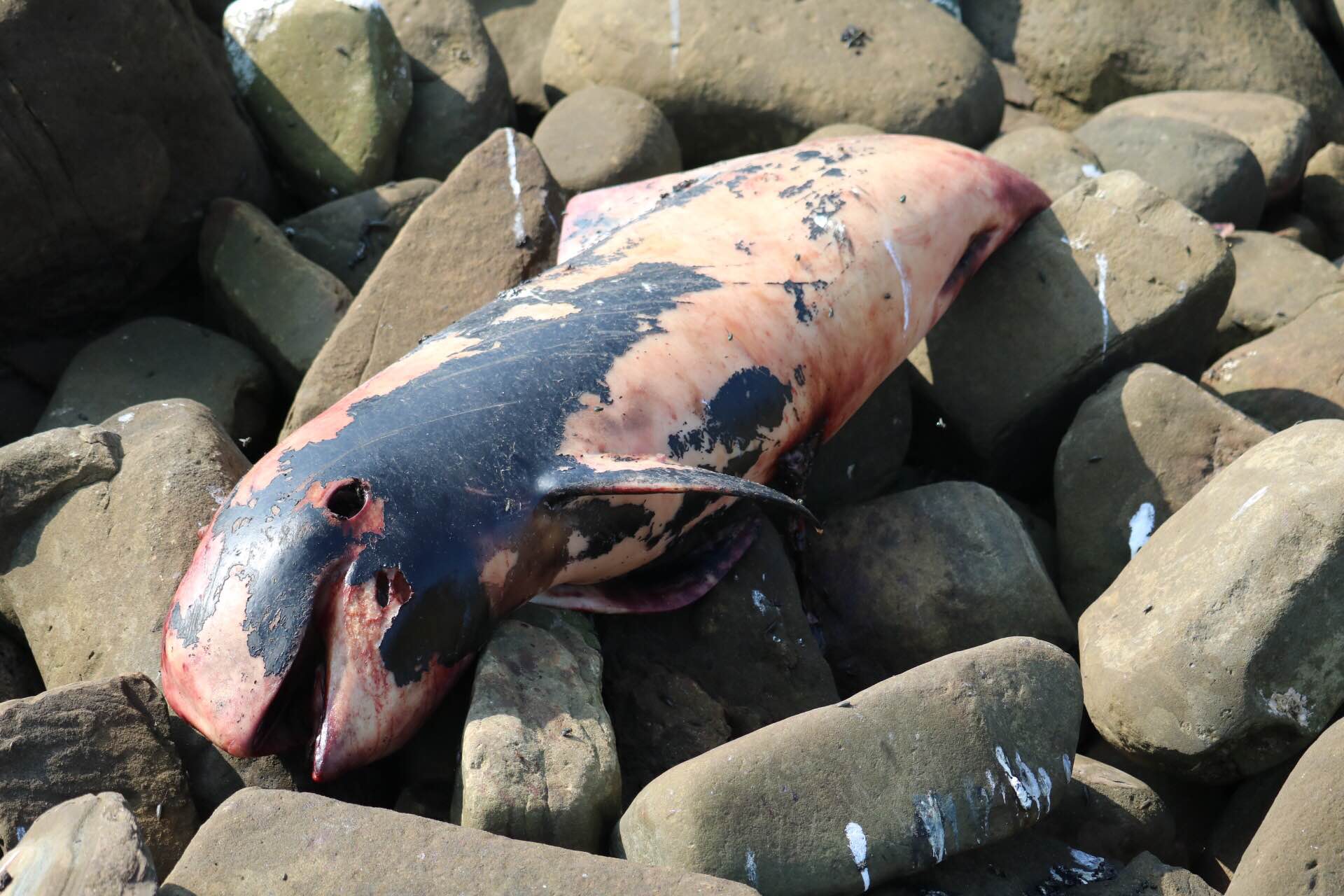 It could be seen from afar, as there were crows circling above it. A carcass of a Risso’s dolphin presently lying on the beach between the big Taiji lighthouse and our vantage point, where we normally monitor the dolphin drive hunts, close to Taiji Highschool. It was washed ashore there last Monday or Tuesday. It is already in a progressing state of decay and various animals have started feeding on it. The sight of this dead juvenile dolphin is shocking to us. Its’ death is undoubtedly linked to last Monday’s drive hunt, when about one dozen Risso’s were killed in the infamous cove of Taiji.

We can only assume what killed the poor thing. The cetaceans die of stress, exhaustion, or due to injuries, when hunting boats run over the animals and they get hit by propellers or other parts of the boats. These animals do not always sink to the seafloor, but can remain afloat due to gasses in the body and then be washed ashore.

The dolphin hunt we witnessed last Monday, October 19th, was of particular cruelty. It lasted for about 5 hours, before the dolphins were finally trapped in the cove. It was heartbreaking to see this family pod with several calves and their despaired, completely exhausted mothers trying to protect them, until they were brutally slaughtered one by one, hidden under tarps in the killing cove. The body of the dolphin seen in the picture is one of the victims of this killing. And it will never show up in any killing statistic.

In spite of its’ state of decay, many scratch marks can be seen on the body. Though some may be a result of the carcass washing up on the sharp rocks ashore, others indicate different kinds of injuries, as if it had been entangled in nets, including around the snout. Dolphins drowning in the capture and killing process in the cove is common. Those are not used for their meat. The fishermen regularly put them on a skiff, cover them with tarp, haul them out to sea and dump them, as has been observed many times.

So it seems very plausible that this has been the case with this poor juvenile Risso’s. As she was still swimming free and unsuspecting with her pod last Sunday still, her body is now reduced to a decaying carcass, her whole family having been wiped out.