We recently asked you, our loyal supporters, for more help in supporting the Klamath Basin Agreements by speaking to your local legislators and the two key representatives in the House currently blocking these Agreements from moving forward.  Senate bill 133, introduced early this year, has sadly languished in the Senate while legislators stubbornly stuck to party lines and Congressional infighting, refusing to recognize the reality of the water situation in the Klamath and the extraordinary nature of these historic compromises.  Frustration is growing on all sides of the issue (including for us here at WDC!), leading to some interesting changes that we hope will be the final push needed to finally see progress in the Klamath River Basin.

Citing frustration over the lack of action in Congress, the Yurok Tribe of Northern California recently withdrew from the Agreements.  Native Tribes were one of the major stakeholders involved in the initial negotiations for the plans, and are vital to the passage and implementation of the Agreements.  The loss of their support was a huge blow, but may have been the thing to definitively highlight the danger of losing this rare opportunity for compromise among competing interests in the area.  The Hoopa Valley Tribe has also started the process of legally challenging the continued operation of the dams, which have been operating on temporary yearly extensions since their original licenses expired in 2006.  The process for continued dam operation is outlined in the Klamath Agreements, but is guided by the timeline for dam removal laid out in the Agreements.  They cannot continue to operate indefinitely on temporary licenses.  The Hoopa Valley Tribe argues that the delay in issuing a new license, which would require the creation of fish passages on the dams, violates the Clean Water Act and continues to jeopardize the health of the Klamath River. 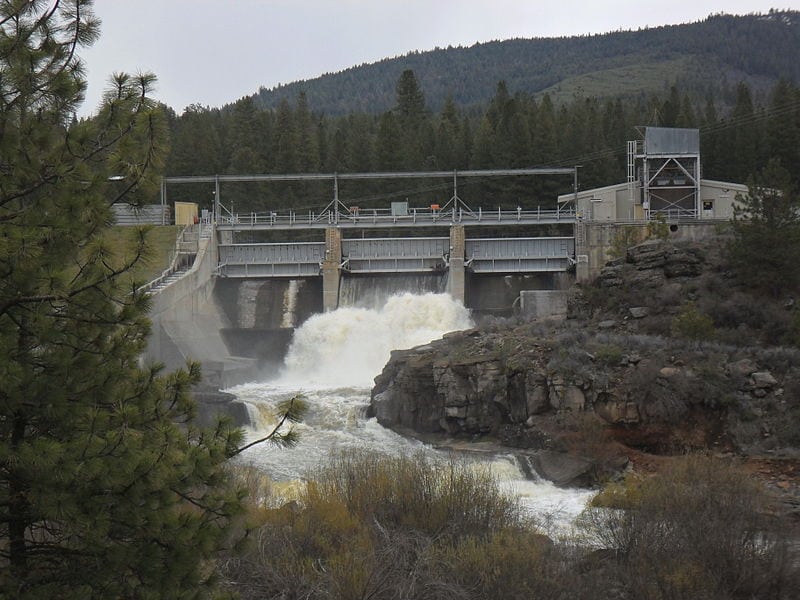 Many groups that have worked Klamath Basin issues for over a decade fear that a lack of action in the next few months will mean the expiration at the end of 2015 will be the final nail in the coffin of these Agreements.  Water users on the Klamath will be back to where they were before the development of this historic compromise, with uncertainty over their water supply and a return to lengthy and expensive legal battles.

The ongoing drought in California and the Pacific Northwest has also been bad news for the salmon themselves – in the Klamath and in other west coast rivers.  Warm temperatures are notoriously bad for salmon, and low water levels lead to overcrowding and disease outbreaks.  Fears of a massive die-off similar to the 2002 event in the Klamath were narrowly averted thanks to court-ordered spill to keep water moving over the returning Chinook salmon.  A free-flowing, mountain-fed river system is the best thing for the health of the salmon and those that depend on them – fishermen and orcas alike.

The positive side starts with the orcas themselves: a remarkable five new babies born this year, and the entire population was seen for the annual July 1st census.  The Southern Residents now number 82 (83 counting Lolita, still awaiting a return home from the Miami Seaquarium).  After three adult deaths last year and the devastating loss of two calves, one still unborn, 2015 has truly been a banner year for this fragile population.  Just last year, their numbers had dropped to only 77 whales, their lowest population size in almost 30 years. However, these new additions only have about a 50% survival rate, and while we are keeping all our fingers crossed for their survival, these babies don’t stand a chance without enough food – for their mothers now, while the calves are still nursing, and for them later as they become more dependent on salmon.  The orcas are doing their part for survival and recovery, and we need to do ours to ensure their growing numbers will be supported. 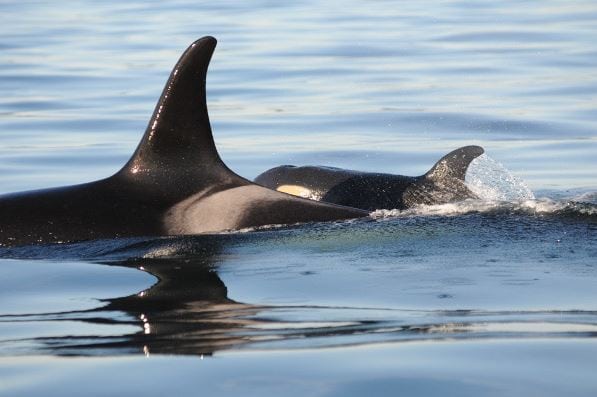 On the legislative side, Representative Greg Walden (R, OR) appears to have finally recognized the need to pass the Klamath Agreements now, before the opportunity is lost and they expire yet again, possibly for the last time.  The drought and increasing pressure from his constituents, including the region’s agricultural groups, has spurred action on Walden’s part to introduce a bill in the House.  Long opposed to dam removal, despite support from the Tribes, fishermen, PacifiCorp (which owns the four dams), and area farmers, Walden is ready to compromise on the issue and include dam removal in his legislation.  We have re-sent him information and the thousands of signatures collected through Don’t Let Orcas Be Dammed to remind him of the potential positive impact on Chinook salmon and the Southern Resident orcas; we are urging him to continue to move forward and lend his support to dam removal through the Klamath Agreements.

News on Other Dam Removals:

Since the completion of two dam removal projects on the Elwha River in the Olympic Peninsula of Washington state last year, salmon have returned quickly to their historic spawning ground.  Their swift homecoming to areas blocked by the two Elwha River dams has surprised even the fisheries biologists monitoring the salmon. The power of nature to recover from our negative actions is truly remarkable, and it’s past time we see what freeing the Klamath can do. 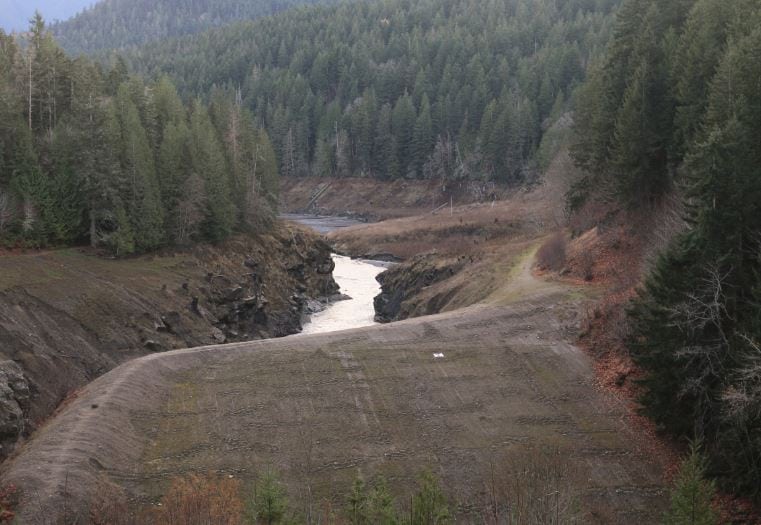 Elsewhere in California, a similarly unprecedented agreement between stakeholders in the Carmel Valley resulted in the removal of the San Clemente dam, which has blocked the Carmel River for almost 100 years.  The unique process of removing this dam involved rerouting the river itself to deal with the century’s worth of sediment that has accumulated behind the dam.  Expected to be completed by the end of this year, removing the San Clemente dam will reopen 25 miles of spawning habitat for fish, including a threatened run of California steelhead.

Increasingly, the removal of “deadbeat dams” is seen as the better option – economically and environmentally – than continued maintenance and upgrading of dams that have outlived their use.  River restoration in the Pacific Northwest is vital to the recovery of all that depend on these rivers, including the Southern Resident orcas.  We need swift action on the Klamath River or we risk losing these Agreements, putting the survival of Klamath salmon and the Southern Residents in further jeopardy.

How you can help: