WDC is working with Rafael da Silva Rocha, of the Brazilian Public Prosecution Service, and other partners in Brazil to stop the brutal slaughter of Amazon River dolphins, known locally as ‘botos’. Thank you to everyone who signed our letter of support to Rafael. Our Brazilian colleague Sannie Brum (from the Piagacu Institute in Brazil) presented Rafael with 176,599 signatures along with messages of support for his work.  In some areas of the Brazilian Amazon, river dolphins are illegally killed and used as bait in the piracatinga fishery.

Piracatinga is a type of catfish and a new law (January 2015) has been passed banning catching them commercially, but in areas as remote as these it will be incredibly hard to police and enforce. This deliberate killing is the biggest threat to river dolphins in Brazil. The new law banning of the commercail piracatinga fishery is an attempt to reduce the demand for boto carcasses. WDC is working with Sannie and the Piagacu Institute to develop projects that will engage local people in protecting the dolphins who share their Amazon home, and the support you have shown Rafael and others trying to make a difference is extremely important to their efforts.

Find out more about river dolphins. 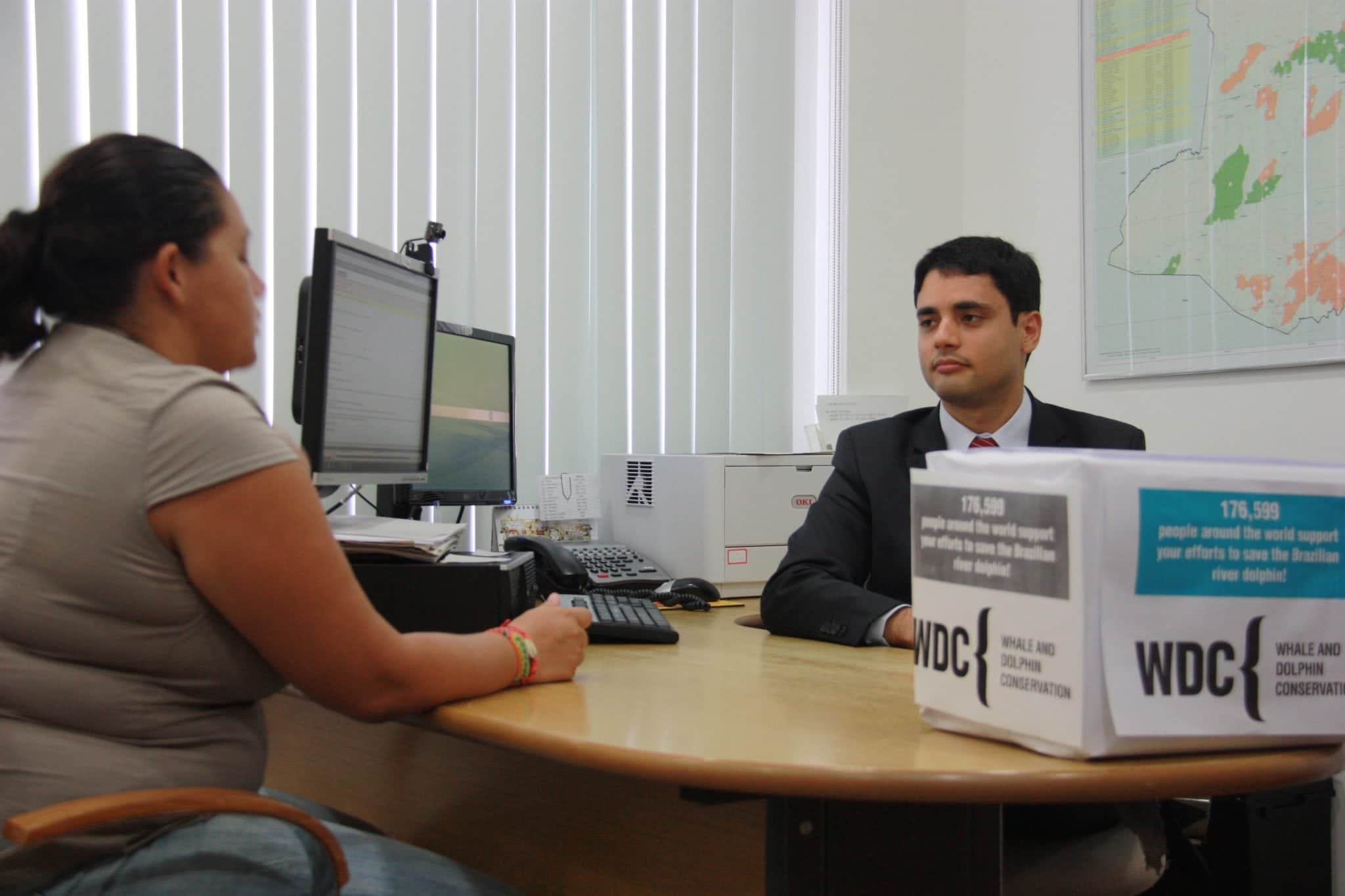