We wanted to share some of the highlights (and low points) of the 29th  European Cetacean Society conference that WDC participated in this week. This is a scientific forum where a wide range of workshops and presentations that are relevant to the welfare and conservation of whales, dolphins and porpoises (and quite a few on seals too!) are presented. 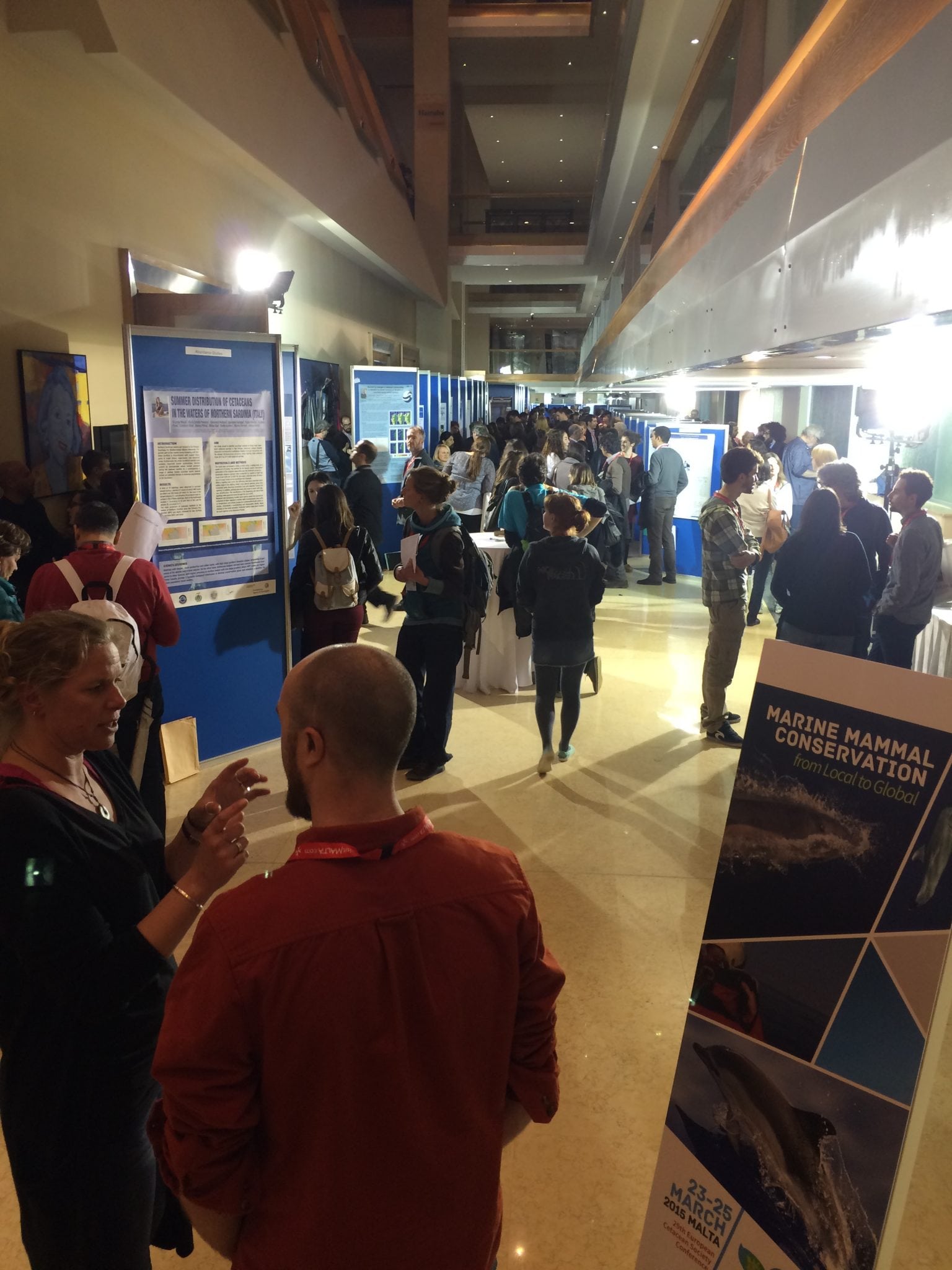 WDC chaired an Ethics Workshop. We developed a set of Ethical Principles (to be adopted at next years conference), to advise ECS members about appropriate behaviour with each other as well as the marine mammals that we study. WDC also participated in an Educational Workshop, the third such workshop to be held under the auspices of ECS and we also attended excellent Workshops on Noise Mitigation, Rescue and Pathology. 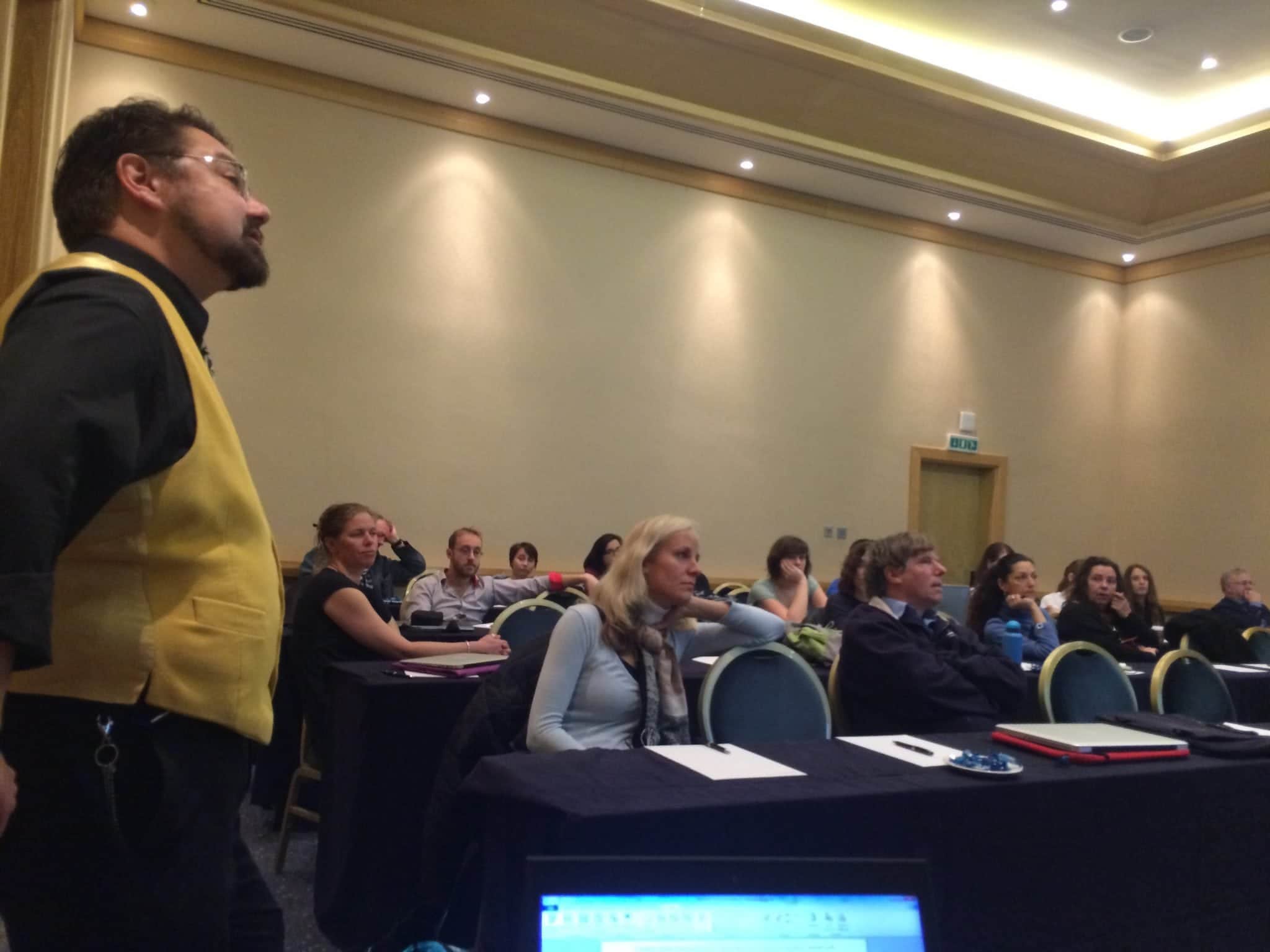 There were many fascinating (and some alarming) talks in the workshops and main conference session. There are a few subjects in particular that we would like to highlight.

Perhaps most worryingly, Dr Paul Jepson provided a talk on the high levels of pollutants suffered by UK whales and dolphins, and especially bottlenose dolphins, striped dolphins and orca. Although porpoise pollutant levels were lower, they were still of considerable concern. Cetaceans in UK waters have some of the highest pollution burdens in the world – higher even than the beluga whales found in the St Lawrence Estuary, an area where dead animals are treated the same as radioactive material.

Even though some pollutants, including PCBs, have been banned, their presence in the marine environment remains and it plateaued in 1998. Dr Jepson warned us that we will not be able to meet our European responsibilities for Good Environmental Status under the Marine Strategy Framework Directive or Favourable Conservation Status under the Habitats Directive. High levels of pollutants are a real worry, not only because females pass on pollutants to their offspring (many of which die because of the burden), or because many animals are then more susceptible to all other threats that they face in the marine environment, but also because it’s a great challenge for us to turn this around and reduce pollutant levels. Only 1% of pollutants have been released into the marine environment so far, which is very worrying indeed for the future.

Dr Emer Rogan and WDC’s Fiona Read both pointed out the unacceptably high levels of bycatch in European waters, where a number of species are caught, but especially harbour porpoises and common dolphins. In the Pathology Workshop, Dr Jepson had already told us that strandings data had helped him and colleagues determine that bycatch could be one order of magnitude greater than the reported data suggests. As part of her PhD, Fiona has calculated very high levels of bycatch of common dolphins throughout the North East Atlantic. It’s clear that most European countries are not adequately monitoring their fleets to be able to collect the right data but also mitigation measures are not at all adequate. 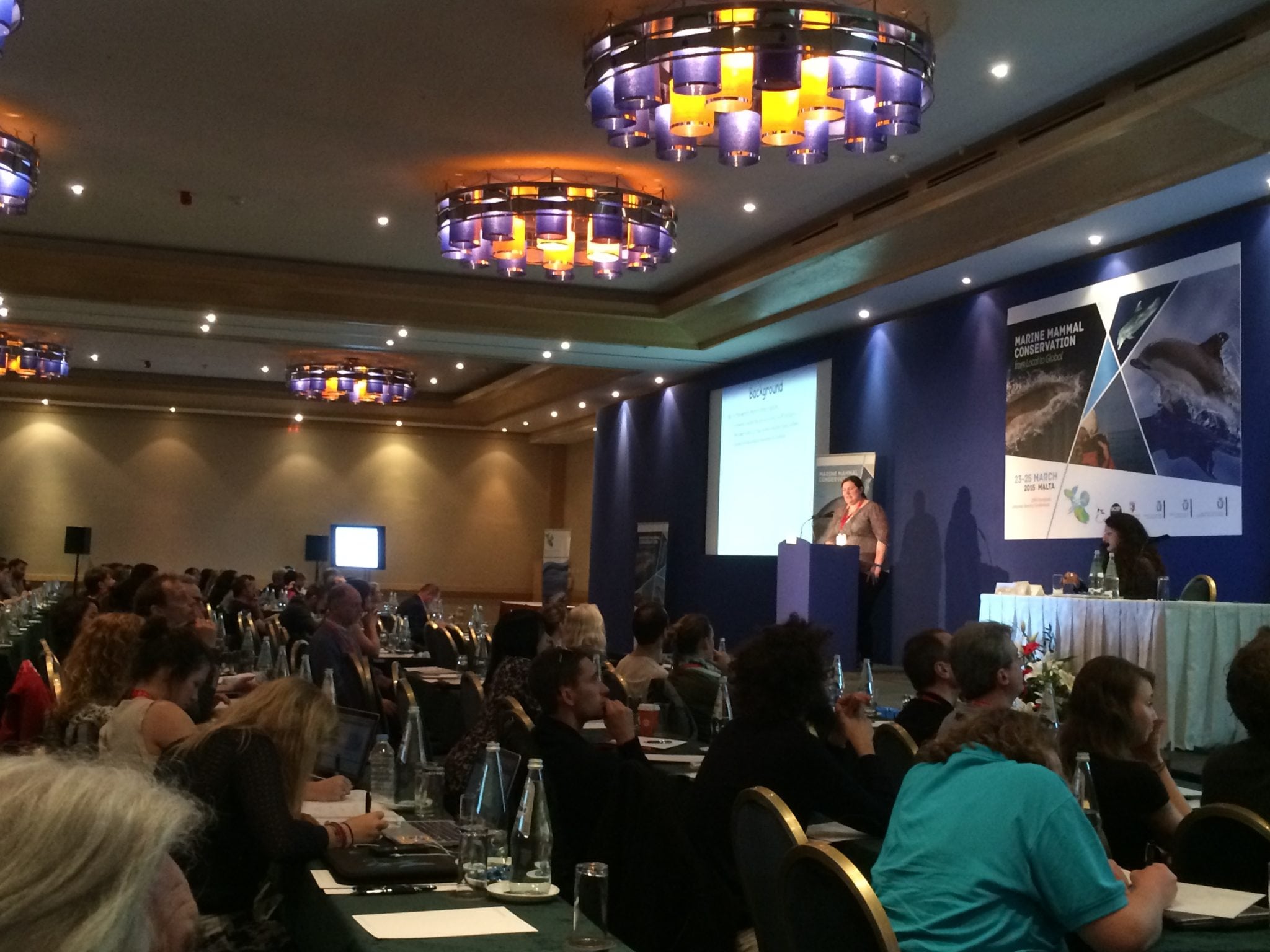 Although sad because it is data collected from stranded whales and dolphins, Dr Maria Morrell provided a very positive (I might go as far as to say exciting) talk on how to identify intense noise impacts from dead stranded whales and dolphins. Her new technique requires carefully examining the microscopic hair cells inside the ear of the whale and, using a novel technique, appears able to pinpoint damage as well as the frequency of the damage, which is critical to be able to identify the noise source. In years ahead, this could be a game changer to help better protect whales and dolphins from noise pollution and caused much excitement amongst many at the conference.

Finally, we would like to congratulate Dr Giuseppe Notarbartolo di Sciara for winning the Mandy McMath Award for recognition of his life’s work to marine conservation. Very well deserved Giuseppe! 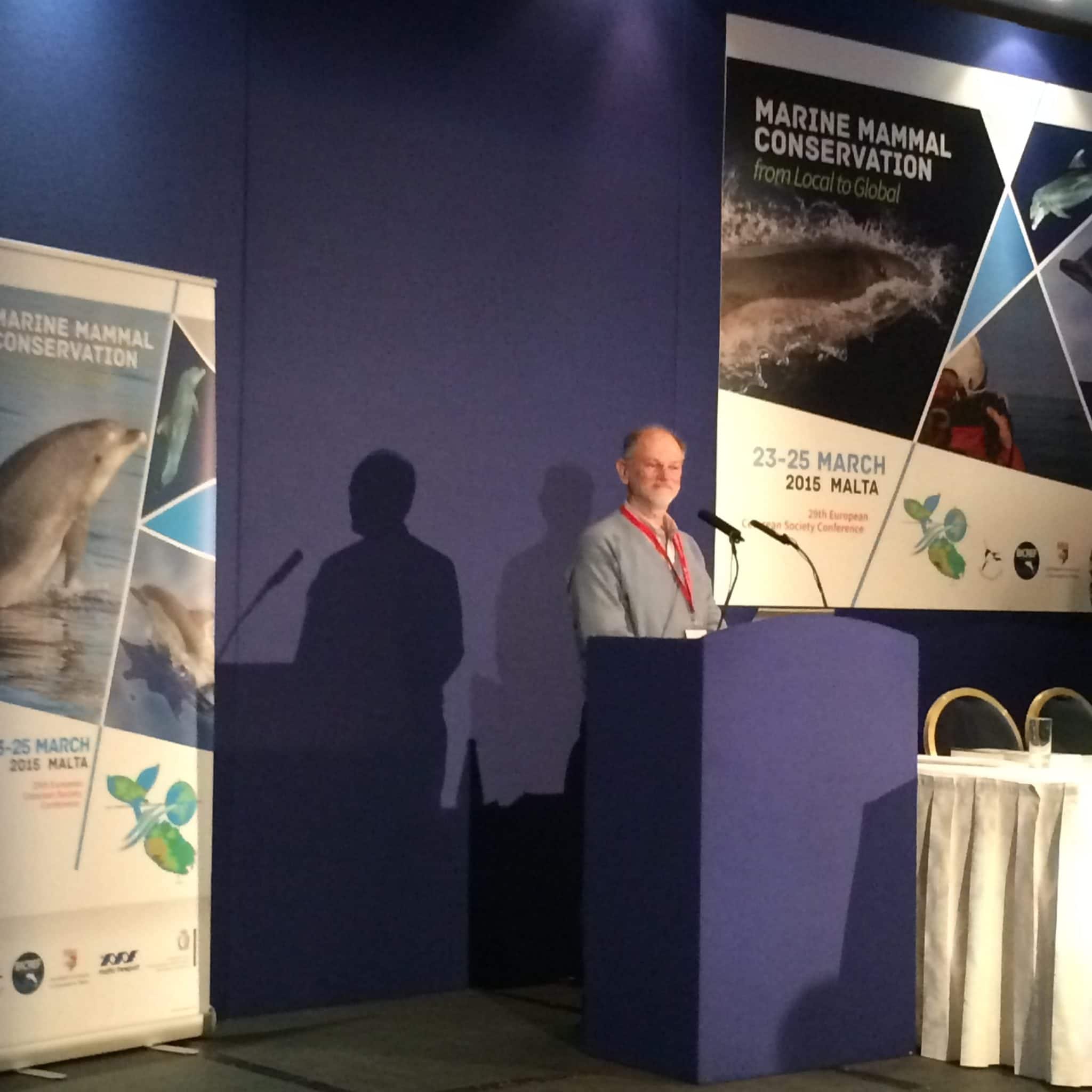