In a follow-up to the news that a seriously injured Indo-Pacific humpback dolphin has been seen swimming in Hong Kong waters, WDC interviewed Dr. Samuel Hung, Executive Director of Hong Kong Dolphin Conservation Society to get his views and opinions on the status of this individual dolphin. 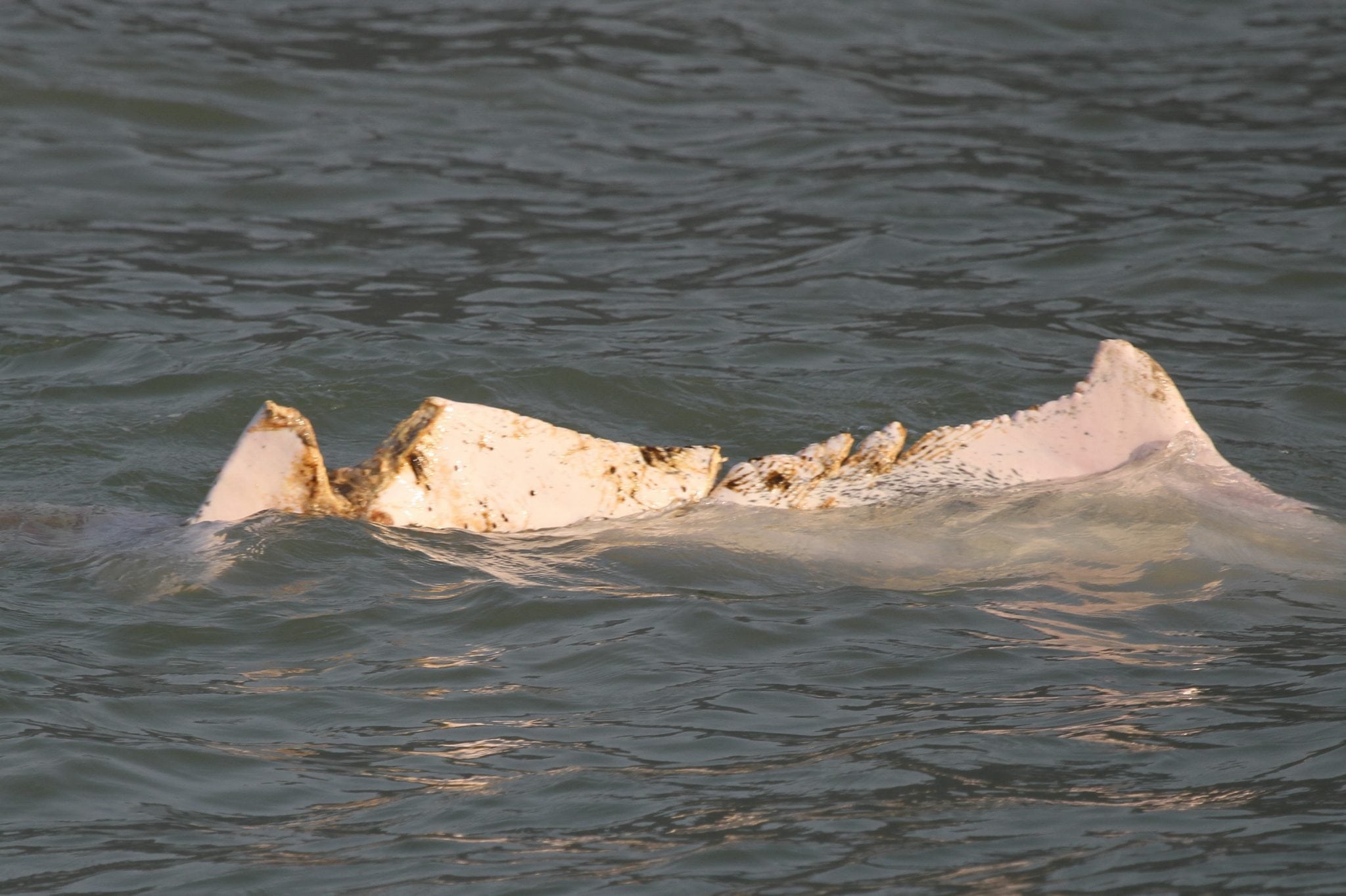 What do you think happened to the dolphin to result in such horrific injuries?

The injuries were cuts apparently caused by boat propeller, probably some outboard motor. The animal was found in an area (Tai O) known to be a hotspot for a dolphin-watching activity that use small motorised boats. As these boats normally would not observe the code-of-conduct, they would speed towards and away from the individual animals during their observation of the dolphins, and we speculate that the injuries were most likely caused by at least one incidental collision with one of these boats.

Is this a prevalent threat to the dolphins in HK waters?

Indeed vessel collision and disturbance from the irresponsible dolphin-watching activities continues to be a prevalent threat to the dolphins. We have identified several individual dolphins that bear injury marks from propeller cuts and from our long-term research we conclude that the dolphins are clearly disturbed by all these boating activities traversing through their important habitat. Vessel traffic could cause physical injury, acoustic disturbance and displace them from their favourable habitat.

In your opinion how is the dolphin coping with its injuries?

As bad as it looks, we assess that the dolphin still has the ability to survive in its own natural habitat at the moment. The injuries, especially the big cut on its tail, are really horrible, and probably make it more difficult for the animal to dive. However, we have seen mud on its body surface which means that it has been feeding on the seabed. We even saw the animal catching fish at the surface. Even though it is not swimming normally with the injuries, it was still swimming relatively well, and at times rolling on the water surface and even flicking its tail to show the injury wound. Also, it has been seen moving up and down and along the coast covering a distance of a few tens of kilometres (from the western to the southern part of Lantau Island) so at least it is not staying in one area and not moving. We hope that we can continue to monitor the animal and should not rush to any decisions until its health has been fully assessed. We need to consider all options and think about the welfare and best interest of the animal, especially with the dwindling local population of dolphins.

Given the small number of Indo-Pacific humpback dolphins in HK waters (last estimate was 62) is this individual dolphin known to you? What can you tell us about it?

From our long-term monitoring study since 1995, we were able to document a significant decline in dolphin numbers in HK in the past decade, going from 158 dolphins in 2003 to only 62 dolphins in 2013. The decline is caused by various anthropogenic threats. This poor injured individual is an identified dolphin in our catalogue and known to us, with an ID named WL212 (the 212th dolphin identified in West Lantau water).

WDC will continue to bring you updates as to the fate of this individual dolphin.