When the last session of Congress failed to pass the Klamath Basin Water Recovery and Economic Restoration Act, which approves the dam removal process to begin on the Klamath River, the big question on everyone’s minds was: what now?  With a new Congress coming in, all bills still awaiting a vote went out the door with the old Congress.

The Klamath Basin Hydroelectric Settlement Agreement (KHSA) took nearly a decade to come together, and removing four dams owned and operated by PacifiCorp is a significant part of that agreement.  Without Federal approval of the KHSA and its sister agreements, it was uncertain whether or not the dams would come down.

On January 8th, however – just two days into the current session of the new Congress – a new bill was introduced focusing on water in the Klamath Basin. The title is much longer and doesn’t roll off the tongue as nicely as the previous one, but the important thing is what the bill entails: approval of the Klamath Agreements and the go-ahead for the dam removal process to begin.

Taking down these four dams (JC Boyle, Iron Gate, Copco 1, and Copco 2) will open up more than 300 miles of salmon habitat that has been blocked for nearly one hundred years.  With a free-flowing river, habitat is improved, spawning grounds are restored, are the Chinook population in the Klamath is expected to increase by up to 81%. 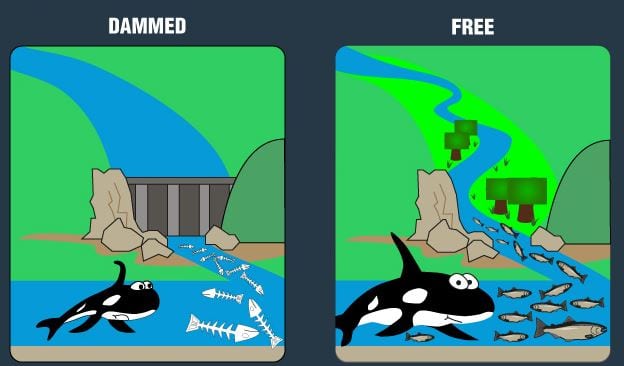 The new bill, for now let’s call it S. 133, has a long way to go before it reaches the President’s desk, so your support and signatures are now more important than ever.  The quick re-introduction of a bill to approve the Klamath plan is an encouraging sign, but the bill is currently at a standstill in the Senate Committee on Energy and Natural Resources.  We need to rally support and show our legislators that we want these dams to come down to move the bill forward in Congress.  If you’ve already signed, share our letter of support, tell your friends and family how they can help save endangered orcas, and help us spread the word – we won’t let orcas be dammed! 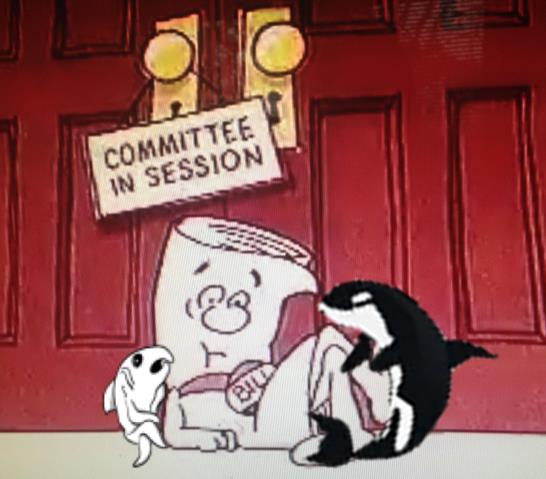