The second sighting of the newest Southern Resident, J50, has revealed that this little one is a girl!  While male orcas are easily distinguishable by their towering dorsal fins, this identifying trait does not start to grow until the boys hit their teens, and it can be hard to tell juvenile males from the females in a pod.  It can be even harder with babies, and sometimes years go by before researchers can identify the gender of a new member of the population.

Male and female orcas have different pigmentation patterns on their ventral sides (their bellies), making it easy to tell them apart if you can get a look when they breach or roll over.  Luckily, during this second encounter, J50 gave researchers an excellent look at her belly and distinct female pattern – identifying her as a girl!

Females are vitally important to endangered species because of their potential to contribute even more members to the population.  In her lifetime, a female orca may give birth to 4-6 babies, adding that many more individuals to a group that is in need of recovery, and making those population numbers go up instead of down.  Yes, the males have a role to play as well, but it’s the females that are truly important in the development, growth, and survival of offspring, adding new members to endangered populations.  This is one of the reasons why Rhapsody’s recent death was such a hard blow to the Southern Residents.

Female orcas are vital for their role in family groups as well as their ability to bear young.  Matriarchs pass along knowledge and foraging specializations, helping in the survival of the entire community.  Orcas are one of the few known species (besides humans) that live past their reproductive age.  Older females help to raise young and are important reservoirs of information – they know where and how to hunt, what to eat, different vocalizations, and who to avoid; they pass this information on to younger members of the population.  Females play an important role in maintaining the cohesion of the entire community and ensuring their survival. 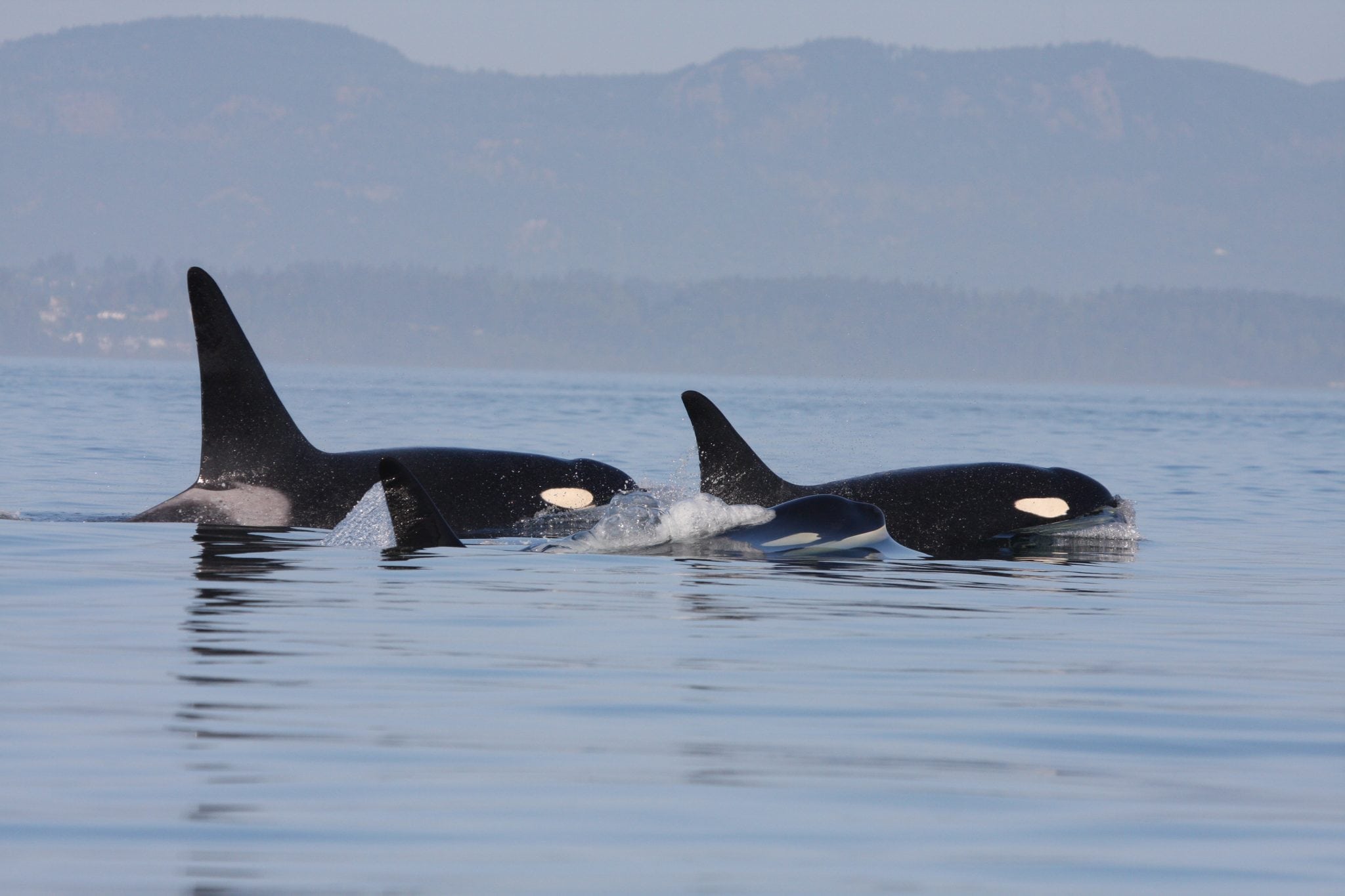 These family dynamics are part of the reason why researchers are still unsure who J50’s mother actually is – it’s not unusual for the grandmother or another family member to babysit, especially if the mother is in need of a break.  They need more time and more observations to figure out how J50, Slick, and Alki are related, but so far she’s looking healthy and energetic – she is definitely being well-cared for by her family!

You can help us ensure that J50 grows up healthy and well-fed: sign our letter of support for removing the Klamath River dams.  Southern Residents need salmon to survive, and salmon need undammed rivers – don’t let orcas be dammed!