On January 17th, 2014 over 250 bottlenose dolphins were driven into the killing Cove in Taiji, Japan, prompting one of the most politically-charged responses against the drive hunts from the global community in the past decade. US Ambassador Caroline Kennedy tweeted about her concerns, claiming that these hunts were inhumane. Among the pod was a pristine, all-white (albino) juvenile bottlenose dolphin who was subsequently named Angel, and who captured the world’s attention, and is still somehow surviving in horrible conditions at the Taiji Whale Museum. 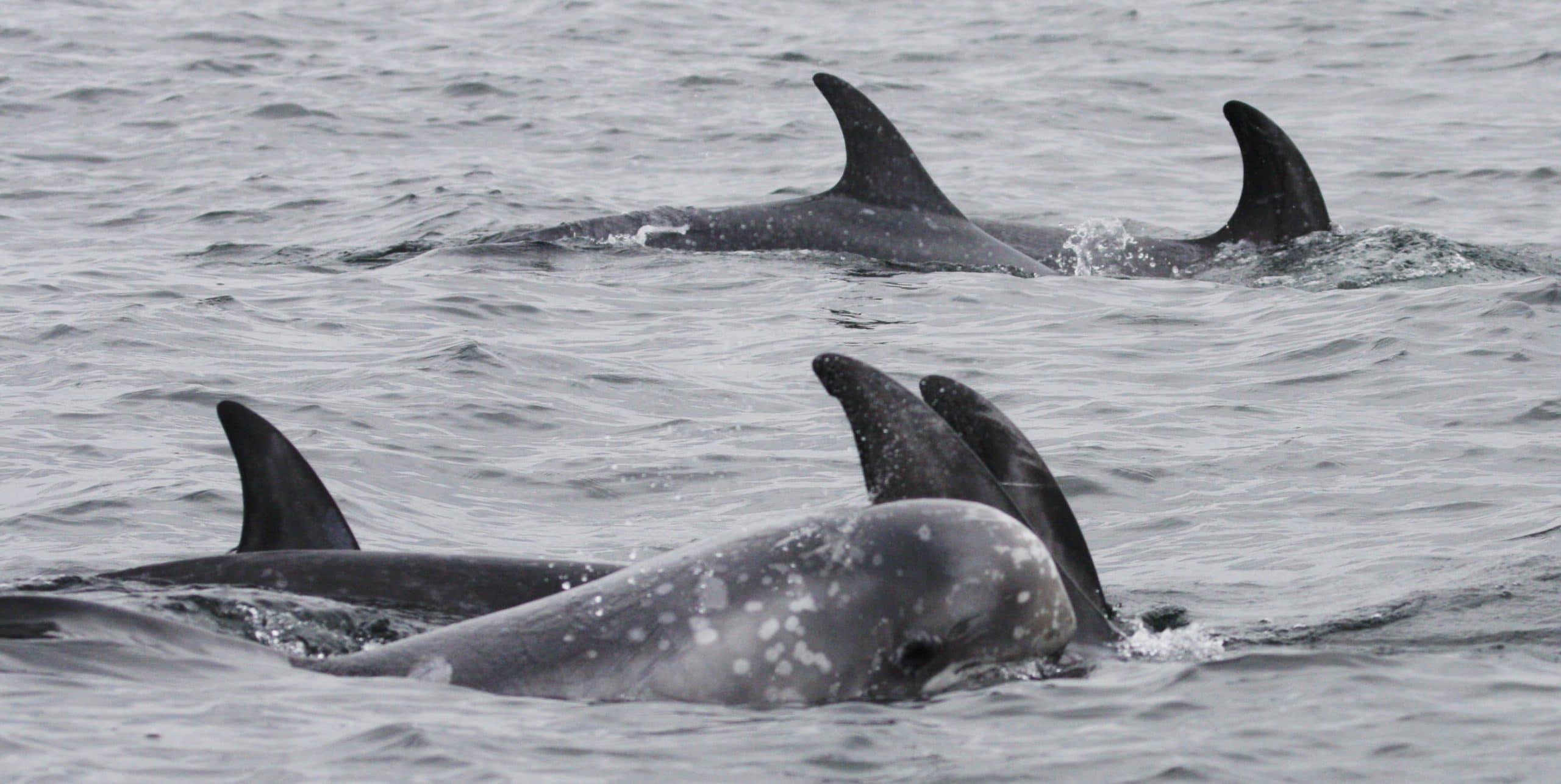 Another albino  dolphin, this time a Risso’s dolphin, has been captured in a recent drive hunt in Taiji. On Sunday, November 23rd, a pod of approximately 16 Risso’s dolphins were driven into the killing cove. Along with the white Risso’s, one other individual was taken into captivity, while 11 were killed for their meat. Three babies were reportedly taken out to sea and released, most likely never to survive without their mothers or family units. This symbolic attempt at appeasing onlookers or adhering to some misguided protocol meant to spare certain species, or certain age groups, from slaughter is nothing more than a poor attempt at public relations.

Although this dolphin has not received the attention of Angel, her plight is the same, and her chances at a long and natural life have been cut short as she has also been taken into custody for a potential lucrative sale to a Japanese facility. Although the public reaction to this drive hunt and this white dolphin has not reached the same profile as the one in January which delivered Angel to her cruel captors, each and every drive and individual dolphin involved in these hunts deserves the same attention and should elicit the same reaction from each of us—complete denunciation of these brutal offenses against dolphins.

The dolphin drive hunts are extremely cruel, involving the exhausting and traumatic driving from the open ocean that can separate mothers and calves and other family groups, to confinement in a netted cove where the dolphins are crudely slaughtered. Last year, at least 834 dolphins were killed in the drive hunts, and 158 taken alive into captivity. So far this 2014-2015 season and of a total allowable quota of 1,938 dolphins, 198 dolphins have been slaughtered and 11 have been taken alive into captivity.

Please support our campaign to stop the dolphin drive hunts.