The first bottlenose dolphins to be driven into the killing cove this season met an all-too-familiar tragic fate over this past weekend in Taiji, Japan. A pod of 20-25 individuals were driven and held over the course of several days before a reported 11 were slaughtered, and five were taken alive into captivity. The remaining individuals were released back to the sea. 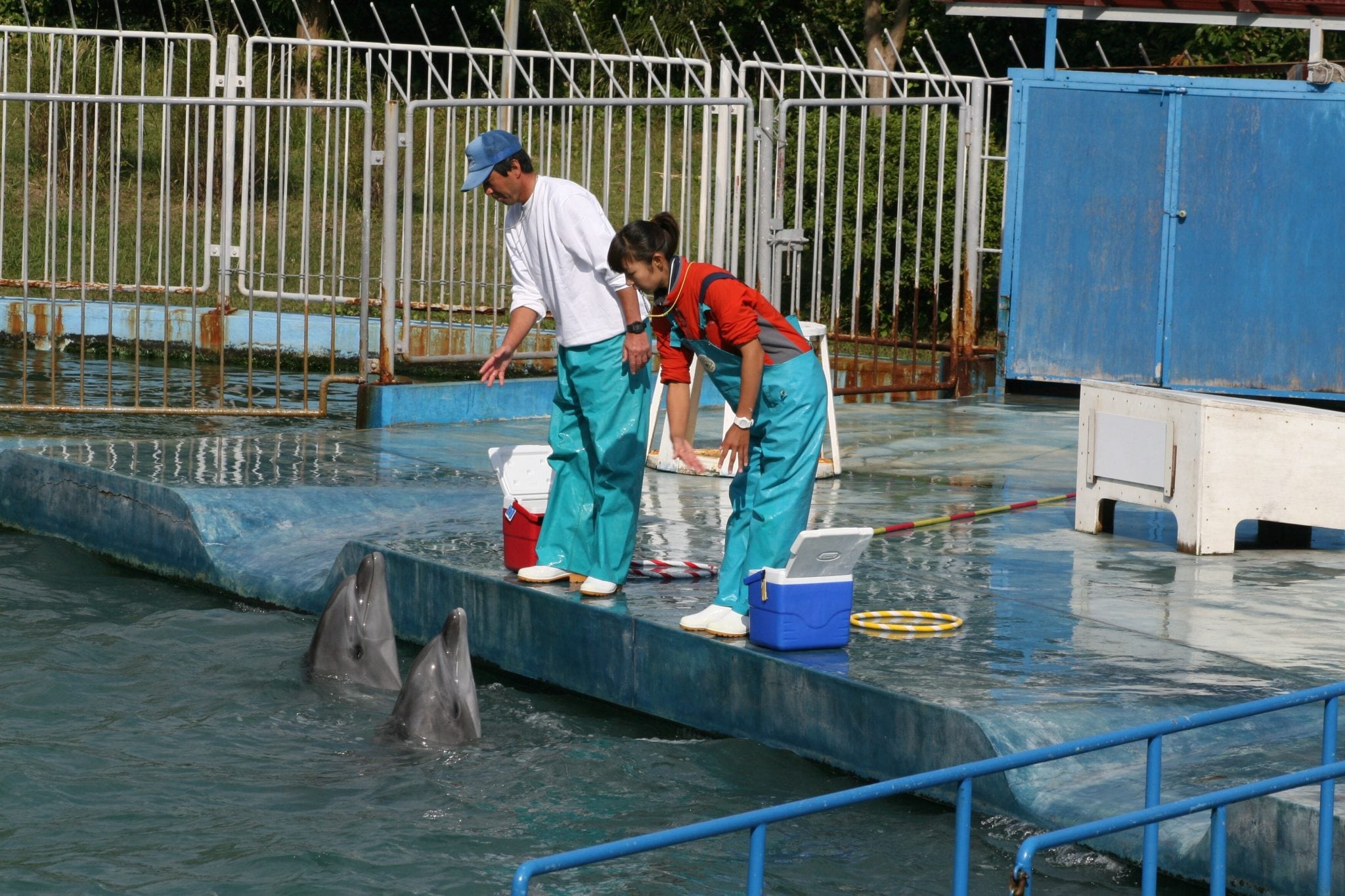 Unfortunately, it appears that the twisted conspiracy between JAZA facilities and the Fisheries Union continues in Taiji. In an agreed upon concession between the World Association of Zoos and Aquaria (WAZA) and its member organization the Japanese Association of Zoos and Aquaria (JAZA), a policy under development since 2009 and labeled the ‘dolphin management protocol,’ allows JAZA-member aquaria, Dolphin Base/Dolphin Resort, and the Taiji Town Development Public Corporation to select bottlenose dolphins during the month of September for captivity. Those bottlenose dolphins left unsold are supposed to be returned to the sea and not slaughtered for their meat. Other species may be captured alive or killed for their meat without restriction. In other words, during the month of September, JAZA-facilities are given priority and bottlenose dolphins are given a slight reprieve.

Similarly, during the rest of the season (October through April), if the Fisheries Union decides to round-up bottlenose dolphins specifically for JAZA-member aquaria, smaller pods are supposed to be driven into the bay in what are being labeled ‘gentler herding exercises’ meant to imply a separation between drives conducted for acquiring dolphins for captivity, and drives conducted for meat. If dolphins during these ‘special’ drives are left unsold, non-JAZA members are given the chance to purchase dolphins, and any remaining dolphins are supposed to be returned to the ocean, and not killed for meat. Essentially, if JAZA-member facilities are involved, bottlenose dolphins, at least, are supposed to be spared the knife. Also as part of this ‘agreement’ between JAZA and the fishermen, is the understanding that mothers and babies not to be taken during the drive hunts.

This concession between WAZA and JAZA, brokered during ongoing dialogue between the two associations, is based upon JAZA’s premise that herding and driving dolphins from the open ocean into a cove is a legitimate and humane method to acquire dolphins. It is also based in the assumption that a drive hunt conducted specifically for captivity is somehow different than a drive hunt conducted in order to slaughter dolphins for meat. Not only does this protocol defy reason, it defies the science that has proven that dolphins experience shock and distress and even death when chased and herded at sea, whether for live acquisition or for eventual slaughter. The scientific research collected in the tuna-dolphin fishery in the Eastern Tropical Pacific confirms these facts.

Furthermore, these supposedly separate activities are conducted in the same manner and in the same location: the killing cove in Taiji. The only difference? JAZA-member facilities have their pick of bottlenose dolphins, driven in just for their allegedly more discriminate and politically-endorsed methods. In the end, this emerging dolphin management protocol and policy provides no way out for WAZA and its failure to curtail JAZA’s continuing involvement and reliance upon the drive hunts to supply their dolphin programs.

And through it all, bottlenose dolphins have become the chosen species to be used as a pawn in the cruel negotiations between JAZA, WAZA, and the Taiji fishermen—most likely because they are the species of choice for most dolphinaria, and perhaps because of the “Flipper” mentality that has elicited strong public reaction whenever bottlenose dolphins are held or slaughtered in the cove. The rest of the dolphin species are left out to dry—they can be driven, captured, or killed without restriction and regardless of the real lack of difference this agreed upon protocol actually makes for the dolphin populations around Japan’s coastline.

After the driving of bottlenose dolphins over the weekend, another drive hunt occurred shortly after and involved a pod of approximately 20 Risso’s dolphins. Of this pod, 17 Risso’s were quickly slaughtered, and 3 juveniles were driven back out to sea.

The relatively recent practice of releasing some of the captured pod back to the sea, and deliberately attempting not to kill juveniles or babies, is a failed attempt at public relations: instead of ‘saving’ the young, they are relegated to a certain death in being released back to the ocean without their mothers or families, and after having endured the shock of being driven and held in a cove for many days. These vulnerable dolphins driven back to sea following Taiji’s brutal hunts have little to no chance of survival without the protection of their mothers and pod, and may die of starvation or fall prey to predators.

Every aspect of the hunt is extremely cruel, from the exhausting drive from the open ocean that can separate mothers and calves and other family groups, to confinement in a netted cove where the dolphins are crudely slaughtered. Last season, at least 834 dolphins were killed in the drive hunts, and 158 taken alive into captivity. So far this 2014-2015 season, 132 dolphins have been slaughtered and nine have been taken alive into captivity.

This most recent drive of bottlenose dolphins suggests that this ‘protocol’ is not only failing, it is a misplaced, misguided, and dangerous policy that does nothing to reduce the number of dolphins slaughtered, and only endorses the drive hunts as a legitimate method for acquiring dolphins for the captivity industry. In addition, this ‘protocol’ does nothing to acknowledge, address, and curtail the trauma and loss of life that occurs during the herding of dolphins to shore, or the release of distressed and damaged individuals that have been, for whatever reason, selected to be returned to the open ocean.

Protocol, or no protocol, dolphins of all species continue to be chased, traumatized, and killed in Taiji, and any reprieve is only temporary and a failed symbolic attempt at finding some middle ground in negotiations driven and led by a cruel industry. We will continue to work to reveal the cruelty associated with all aspects of the drive hunts, and confront all policies that encourage their continuation.

More on the dolphin hunts and how you can help