Port River resident Wave has not been seen since mid-September and anxiety is mounting among local dolphin watchers.

Wave was sighted with a very small dead calf we suspect was still born on September 10 and, as is normal in the species, protected it for several days before abandoning it. Unfortunately, the calf’s body was never found so we have no way of knowing why it died. This death means Wave’s last three calves have all died.

The death of the calf is concern enough but Wave is very much a Port River regular so her disappearance is doubly troubling. I was out in my boat yesterday doing a survey and still no sign of her.

Wave has had an eventful life. Her first three calves all survived but when her most recent surviving calf Tallula was only a year old they both suffered extreme burn like injuries, probably bad sunburn from being stranded on a mud bank. The injuries would almost certainly have killed a terrestrial mammal but marine mammals show an amazing ability to recover from flesh wounds and both mum and calf survived. Although both their wounds healed Wave still bears the scar as an elongated white patch on her right flank.

Wave’s other claim to fame is that she learned tail walking from the late Port River matriarch Billie. Tail walking occurs from time to time in other dolphin communities but its prevalence and in the Port River appears to be unique. Several other adult females tail walk from time to time but none with the regularity displayed by Wave. If she is no more it will mean both the loss of a much loved dolphin and the possible disappearance of this spectacular behaviour. Find out more about adopting a Port River dolphin. 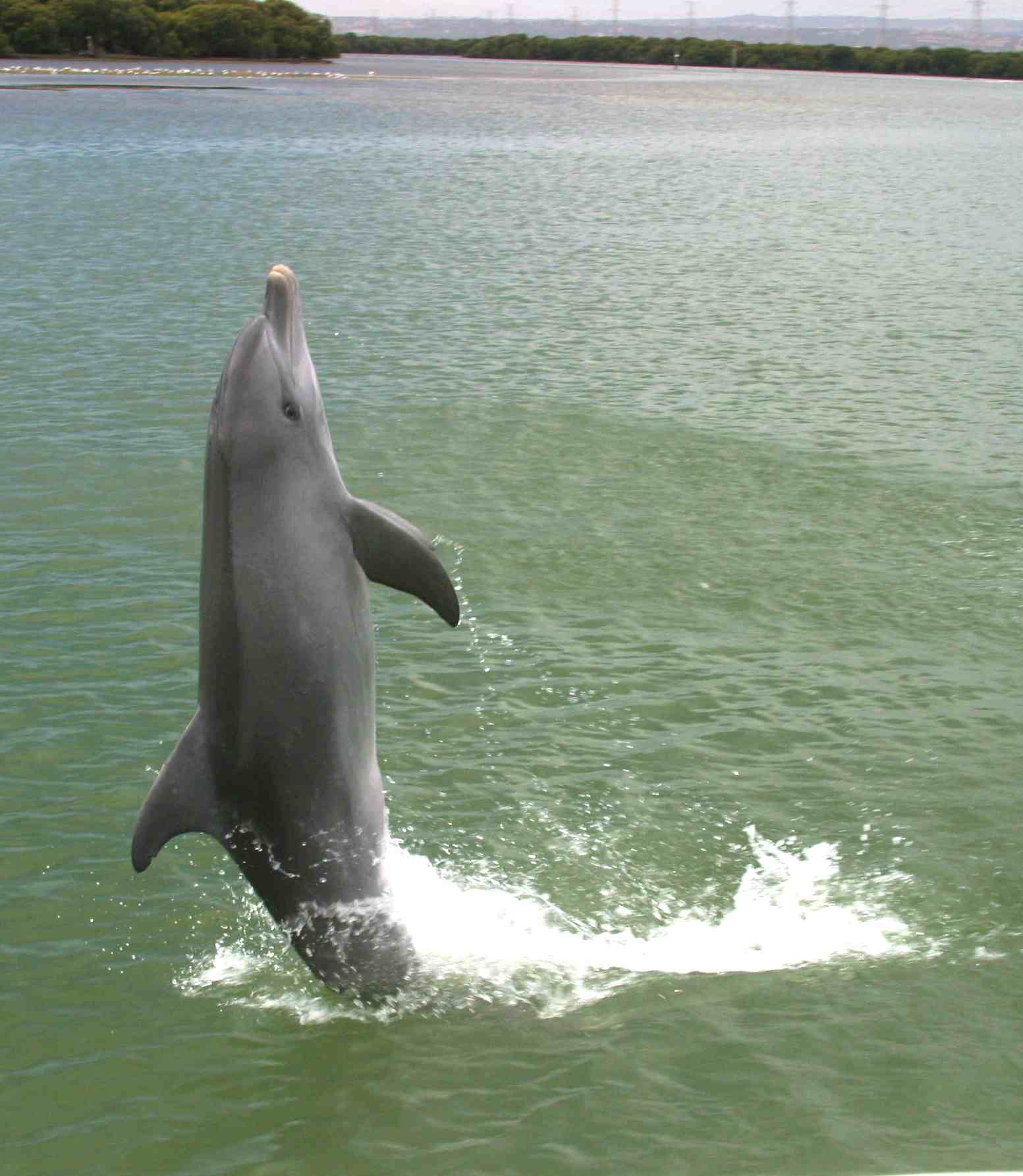