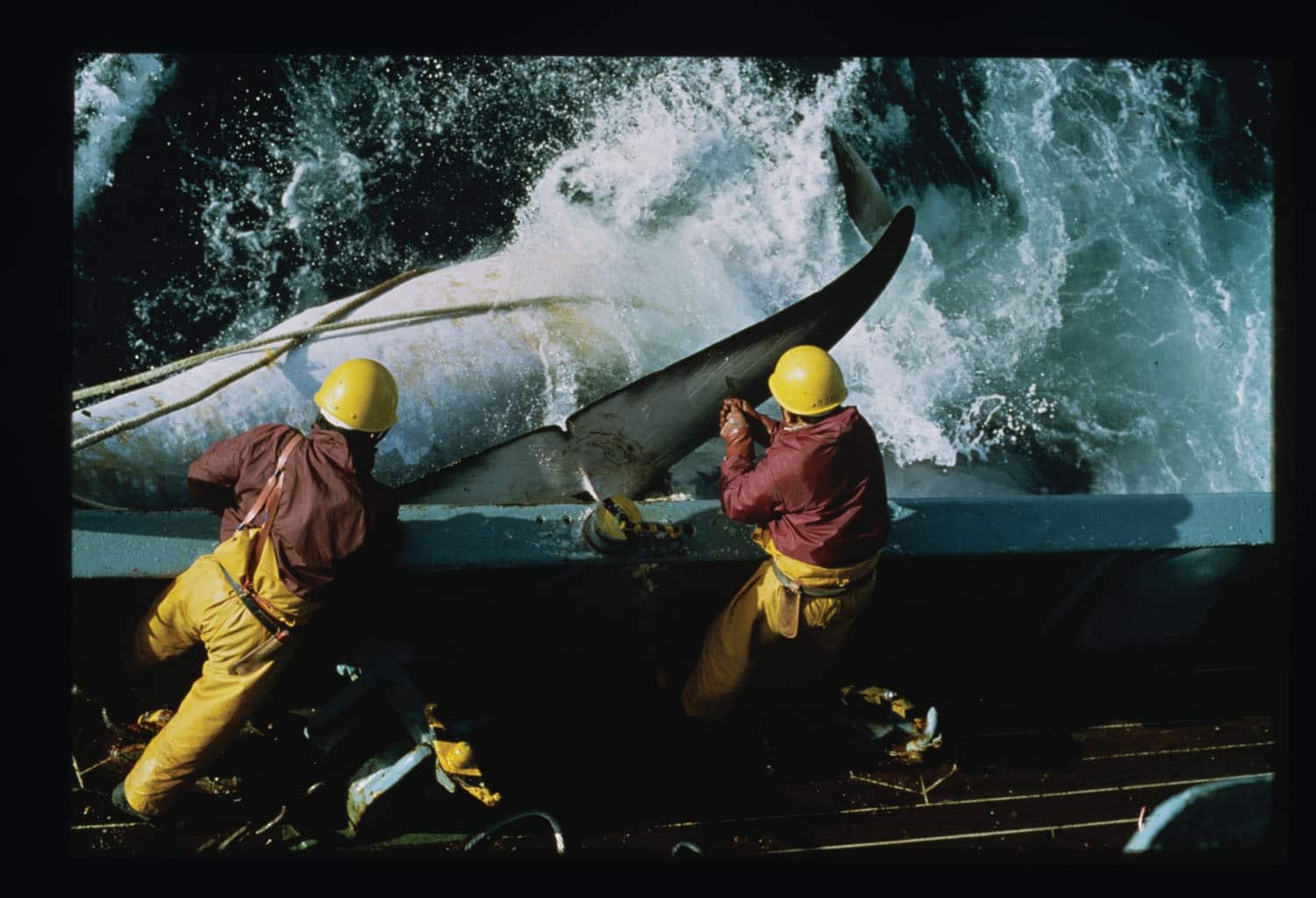 The IWC today resoundingly rejected Japan’s attempt to gain a commercial whaling quota for its commercial coastal whaling operations and passed a resolution that instructs the Commisison and its Scientific Committee to implement further controls on Article VIII whaling.

Japan had been attempting to obtain a quota of 17 whales from the Okhotsk Sea east of Japan, for its commercial whaling programme who already kill small cetaceans and have been taking part in the Japanese self-allocated North Pacific so-called ‘scientific’ whaling programe.

Whilst the usual suspects, Japan’s allies in Africa, the Pacific and the Caribbean voted for Japan (19 votes), an overwhelming majority voted against Japan’s proposal (39 votes), sending a message the the IWC will defend the IWC moratorium.

One of Japan’s most vocal proponents, Antigua and Barbuda was given a huge amount of time by his fellow Caribbean member from St Lucia who currently holds the Chair of the IWC to berate everyone he thought was to blame for the loss of the vote, including complaining about NGOs encouraging whale watching.

This was a theme he rejoined when speaking in support of a Japanese inspired ‘Food Security’ resolution claiming that whales could feed the develping world. He even complained that countries that raised objections to amendments to the NZ proposal (to make it more pro-whaling) should be ignored. So much for democracy. Indeed he refers to the pro-conservation countries as the ‘radicalised faction’.

[As an aside: Being born in Newport in South Wales, home to the Chartists, I think that sometimes we need radicals; radicals who look to a new relationship with whales and who are not, infact, looking backwards to some false heyday of industrial whaling.]

Luckily, whilst he was given almost as most time as all the other speakers put together, Antigua and Barbuda is maybe his own worse enemy as delegates are increasingly switching off when he speaks.

Nothing Antigua and Barbuda says seemed to influence the New Zealand proposal on limiting Scientific Whaling and implementing the International Court of Justice judgement against Japan. New Zealand had bent over backwards to accomodate Japan during the meeting (more than many NGOs liked) but in the end Japan rejected the proposals and the resolution passed 35 yes, 20 no with 5 abstentions.

This is a significant vote as it instructs the IWC Scientific Coommittee to implement various provisions that should make scientific whaling harder in the future. Japan tried a sleight of hand to argue that its next scientific whaling programme will be underway before the Scientific Committee could consider the instructions, but most people see this as an attempt to, again, not be bound by the IWC rules.

Unfortunately, the South Atlantic Whale Sanctuary was defeated, even though 40 voted for it, 18 voted against (and thus it failed to get the three-quarters majority needed). Again, it was the ususal suspects who voted against the Sanctuary with Antigua and Barbuda nailing their flag clearly to the Japanese flag pole, saying they would only ‘vote for such a sanctuary if the proponents voted for Japanese whaling’.