Investigations in Greenland by Whale and Dolphin Conservation (WDC) have revealed whale meat meant for local Greenlandic people is openly on sale to tourists.

The discovery comes as the 65th meeting of the International Whaling Commission (IWC)  – the body that regulates whaling – begins in Portoroz, Slovenia. This is a damning revelation coming, as it does, at a point when Greenland seeks to renew its Aboriginal Subsistence Whaling (ASW) quota – the number of whales it is allowed to kill for local consumption.

The country failed to obtain any quota at the last IWC meeting in 2012, after the Danish delegation, which represents Greenland at the IWC, failed to quell the concerns of other IWC Parties with respect to the increasing commercialisation of Greenland’s whaling. Greenland continues to claim that it needs more whale meat in order to satisfy the needs of its population. 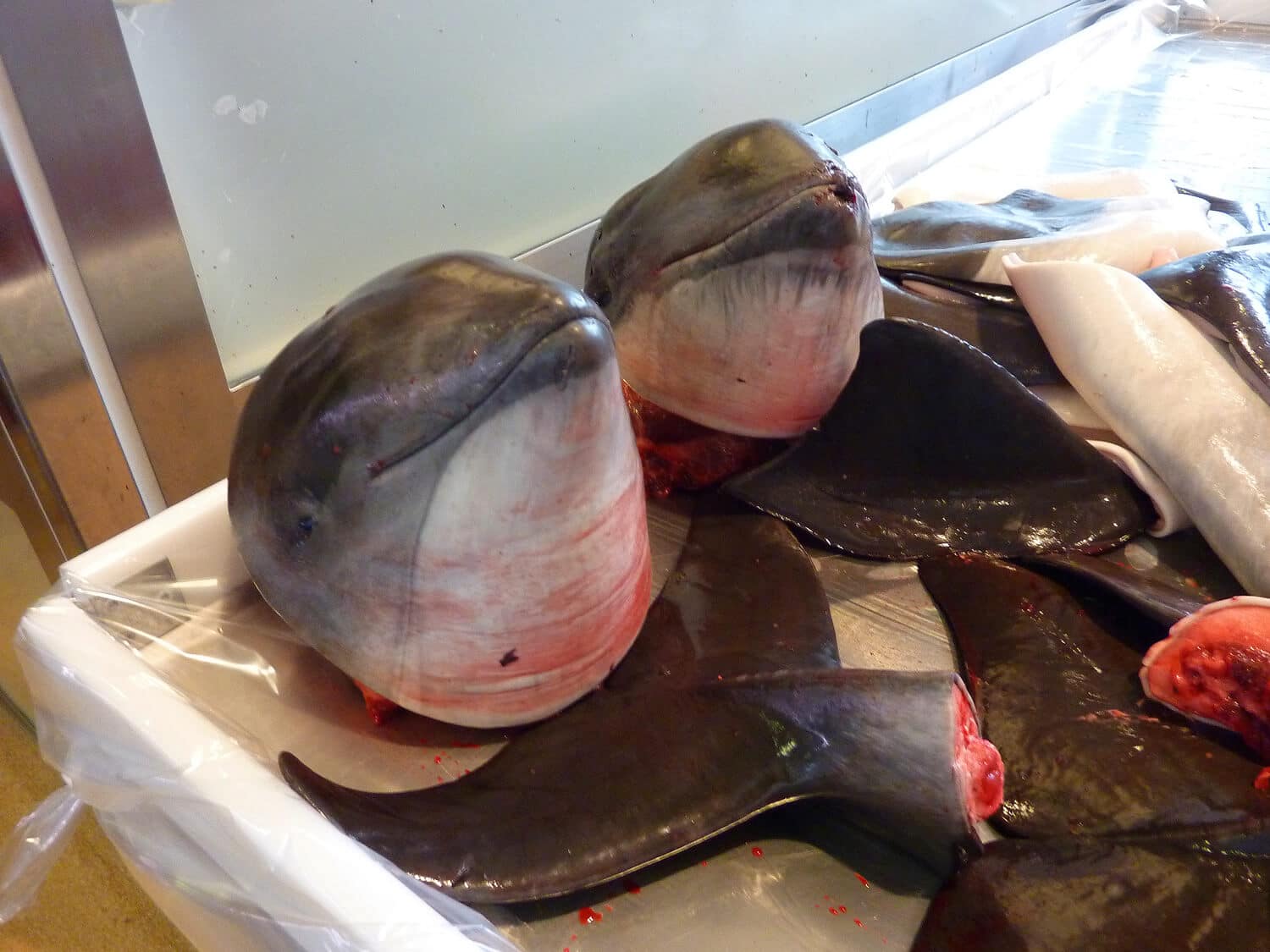 These claims have now been cast into serious doubt following the WDC investigations that took place during August and September 2014 in both East and West coast Greenland. They reveal an astonishing range of whale meat and products openly on sale to all-comers, including tourists. Meat from four species of whale (humpback, fin, minke and narwhal) was available in supermarkets and also in tourist restaurants and takeaways.

WDC was particularly concerned to see a board prominently on display in the Braettet (fish market) in central Nuuk listing whale species – including blue, sei, and sperm whales – in English (as well as Kalaallisut and Danish).

Greenland has a population of under 57,000 people, but plays host to around 65,000 tourists annually (2012 figures).  Most tourists are given the opportunity to consume whale meat or products during their stay and official marketing actively employs whaling and whale meat as an attraction: tourism authorities are even considering activities involving ‘accompanying Inuit on a whale hunt’.[1]

The ‘Taste of Greenland’ website claims that ‘The way to a traveller’s heart is through their stomach’and waxes lyrical thus:

‘…a new generation of creative chefs have, in recent years, started working with contemporary gastronomic interpretations of meat from marine mammals. How would you like a whale burger with angelica dressing? Or an ice-cold whale carpaccio of fillet and mattak, garnished with thyme sorbet and crowberries? ‘[2]

Chris Butler-Stroud, WDC chief executive officer, commented: “Greenland needs to focus on the genuine needs of its indigenous peoples rather than chasing inflated quotas to help develop its tourism trade.”