In the past year, global attention has been on a young albino bottlenose dolphin calf called Angel (or Shoujo) who was captured in the Taiji drive hunts in January. Angel is currently living in small, cramped and confined conditions in the Taiji Aquarium where sadly her life will be a far cry from what she would have experienced had she been left with her family in the wild. However, for another albino bottlenose dolphin the future is hopefully much brighter! 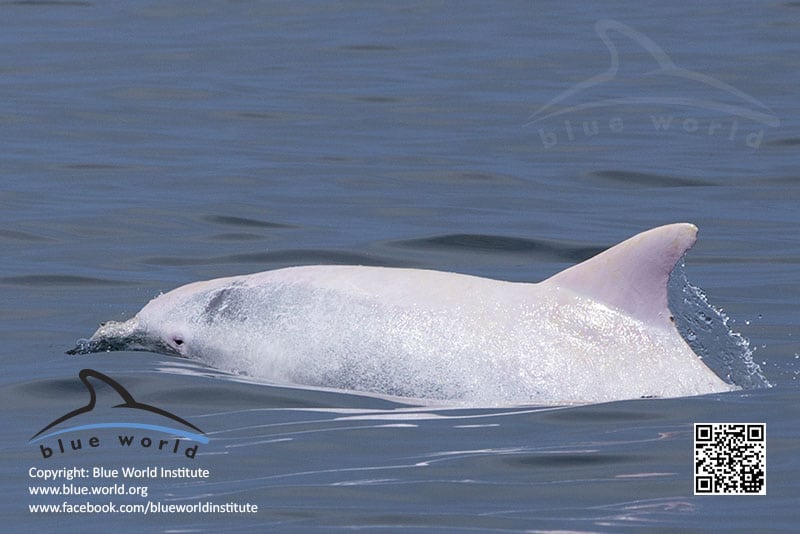 Researchers at the Blue World Institute in Croatia knew that there was an albino dolphin in their survey area of the Adriatic and Mediterranean Seas but no good quality photographs existed and therefore very little was known about its sex, age, health and condition. A chance encounter the other day soon put paid to some of their questions as they encountered “Albus” happily feeding alongside another normal coloured bottlenose dolphin. Given the behaviour of the two dolphins, they are making an educated guess that Albus is in fact a “he” as adult male bottlenose dolphins in the Adriatic usually spend their time in pairs or small groups and only join females when it’s time to mate. 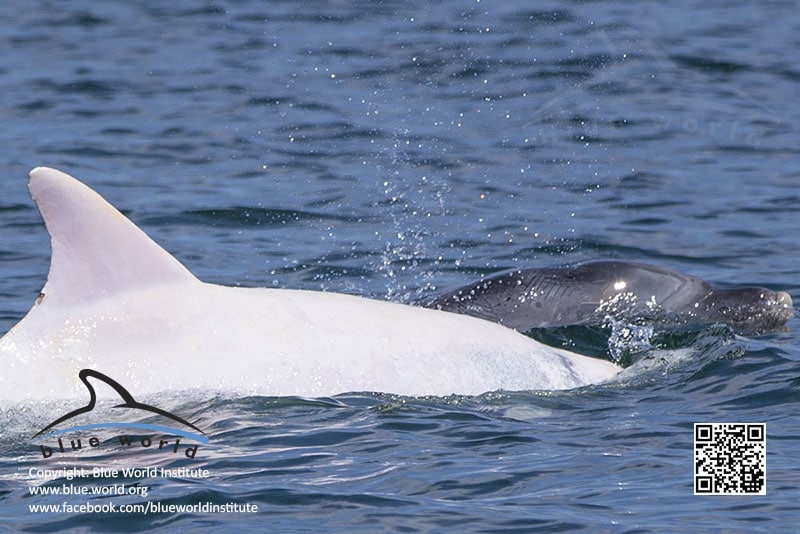 In general, albino dolphins are as healthy as those with normal colouration, however there can be some associated issues that affect their vision and/or hearing, they may find it more difficult to attract a mate and may face a higher risk of sun-damage.

Albus (latin for “white”) however has successfully made it to adulthood and it is hoped that he will live a long and happy life swimming wild and free. 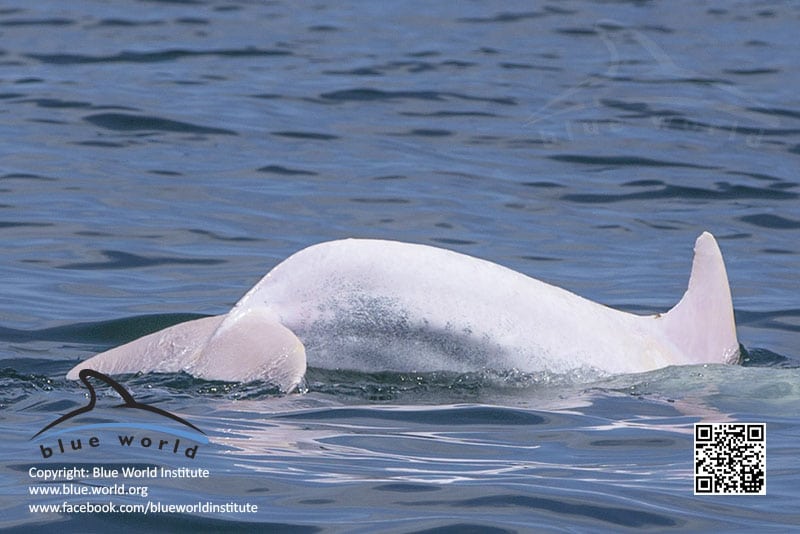