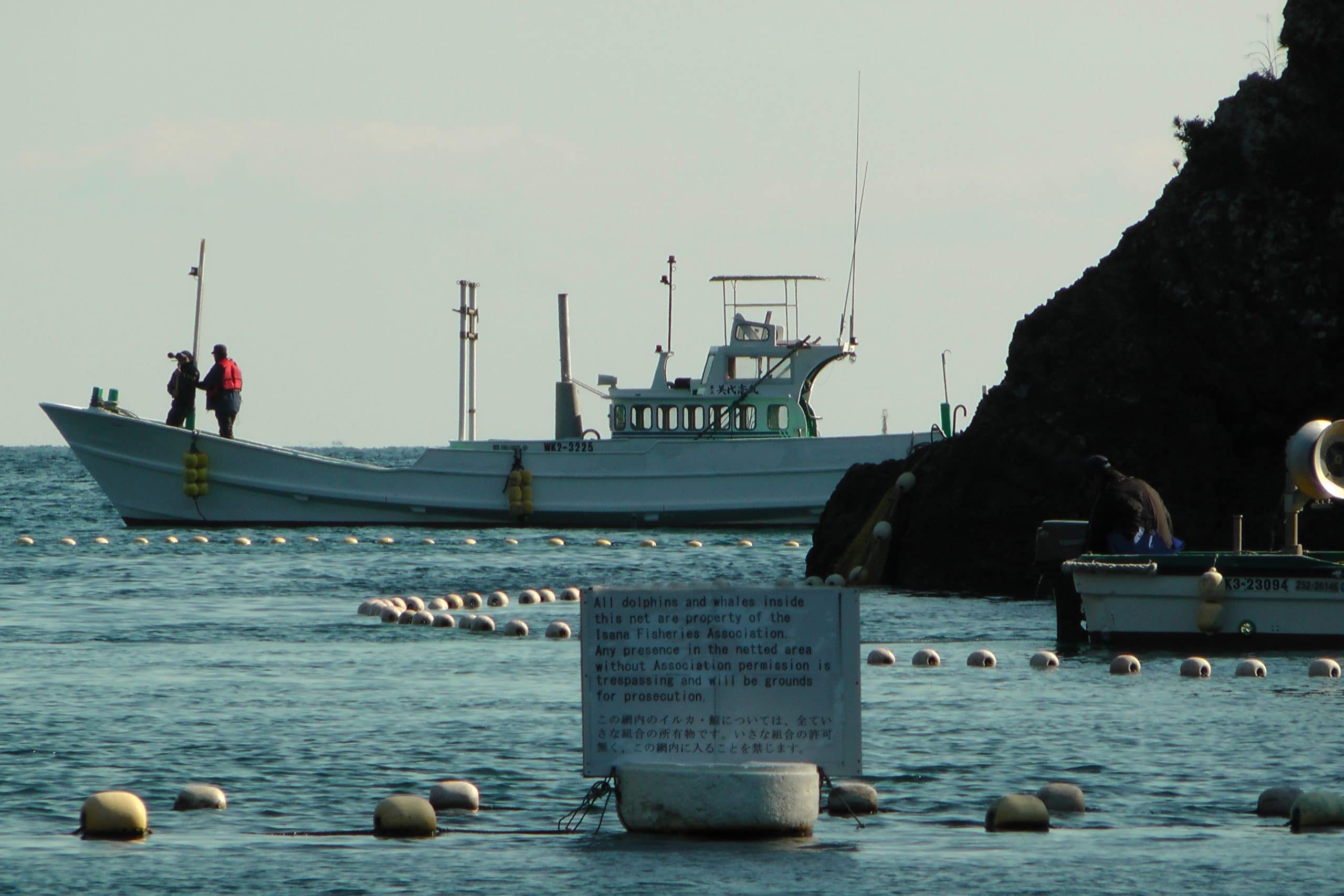 An international day of awareness will mark the beginning of the dolphin drive hunt season in Taiji, Japan with nearly 80 events set to occur all over the globe on, or around, September 1st. WDC supports these activities, otherwise known as Japan Dolphin Day, to raise awareness to the start of the seasonal dolphin hunts and will be participating in demonstrations at consulates and other venues in Buenos Aires, Phoenix, and London, among others.

We encourage our supporters to participate in an event and join us in the global call for an end to the brutal drive hunts in Taiji, Japan. The hunts begin on September 1st and will run through April or beyond.

This devastatingly cruel practice involves the herding of dolphins at sea and driving and corralling them into the confines of the cove in Taiji where they are then slaughtered for meat or kept alive for sale to marine parks across the globe. Yearly quotas for these drive hunts reach into the thousands, where small cetaceans of several species including bottlenose dolphins, striped dolphins, Risso’s dolphins, false killer whales and short-finned pilot whales, are killed or taken for captivity. Dolphins from the drive hunts are being shipped within Japan and all over the globe to captive facilities. Dolphins from the Taiji hunts have been most recently sent to Egypt, Ukraine, Thailand, Saudi Arabia, Turkey, Iran, Vietnam and China.

Last season, nearly 850 dolphins of mixed species were killed, and over 150 were taken alive for a life in captivity. Quotas have been set for the 2014-15 season, and allow for 1,938 dolphins to be taken in the drive hunts in Taiji alone. Of this total, nearly 1,000 bottlenose and striped dolphins may be killed, along with hundreds of other spotted, Risso’s, Pacific white-sided dolphins, false killer whales, and short-finned pilot whales.

These hunts have increasingly received international diplomatic attention, including the formal statements issued last January from governments around the globe decrying the cruelty of these hunts and this ongoing slaughter.

We are determined to end these brutal hunts, and are working in coordination with the coalitions and individuals that are active on the ground in Japan. We are continuing our support of Japanese groups working hard to oppose both captivity and the drive hunts in Japan through educational outreach and advocacy, promotion of whale watching, creation of sanctuaries, and other activities that nurture the love of whales and dolphins within Japan. We are also continuing our outreach through the highest diplomatic channels to encourage political action against these hunts. And our work to raise awareness within the scientific community continues.

Watch for more details about Japan Dolphin Day Events as they occur around the globe, and as we share photos from committed supporters like you! Download an event flyer here.