First we saw the white movement, gracefully weaving under the water. The unmistakeable turquoise water above a pod of mature Risso’s dolphins who were swimming just below the surface, at some distance from our boat, off Pico in the Azores. This made me feel at home, we see the same behaviour in our own study area in the Minch off the Isle of Lewis in western Scotland. 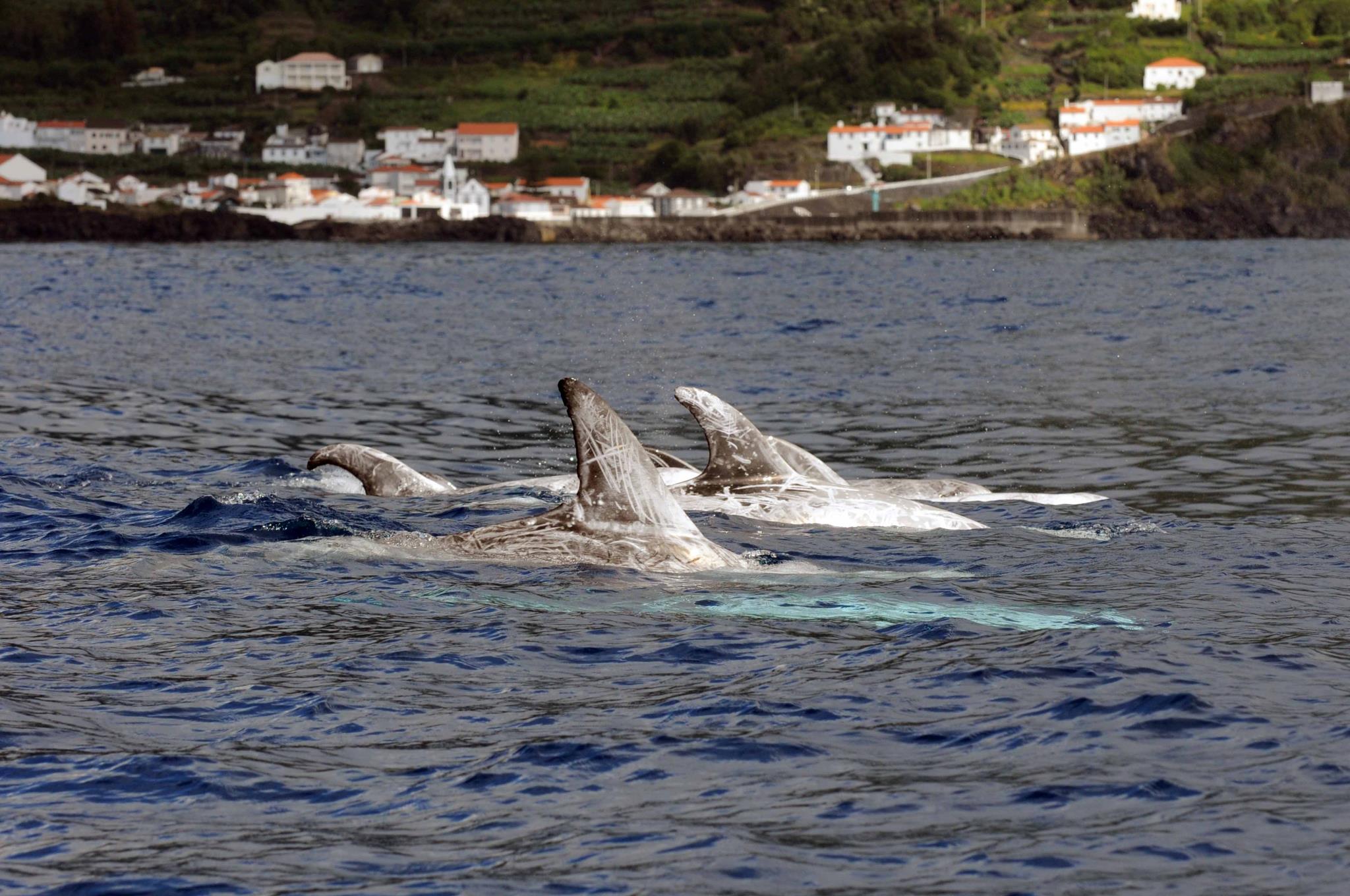 The slow surfacing of a blunt white head was followed by a tall white dorsal fin as the first old male surfaced. The next dolphin up had a pinky tinge around his eye, an older dolphin still, perhaps? The hairs stand up on the back of my neck – this old man could be the same age as me! 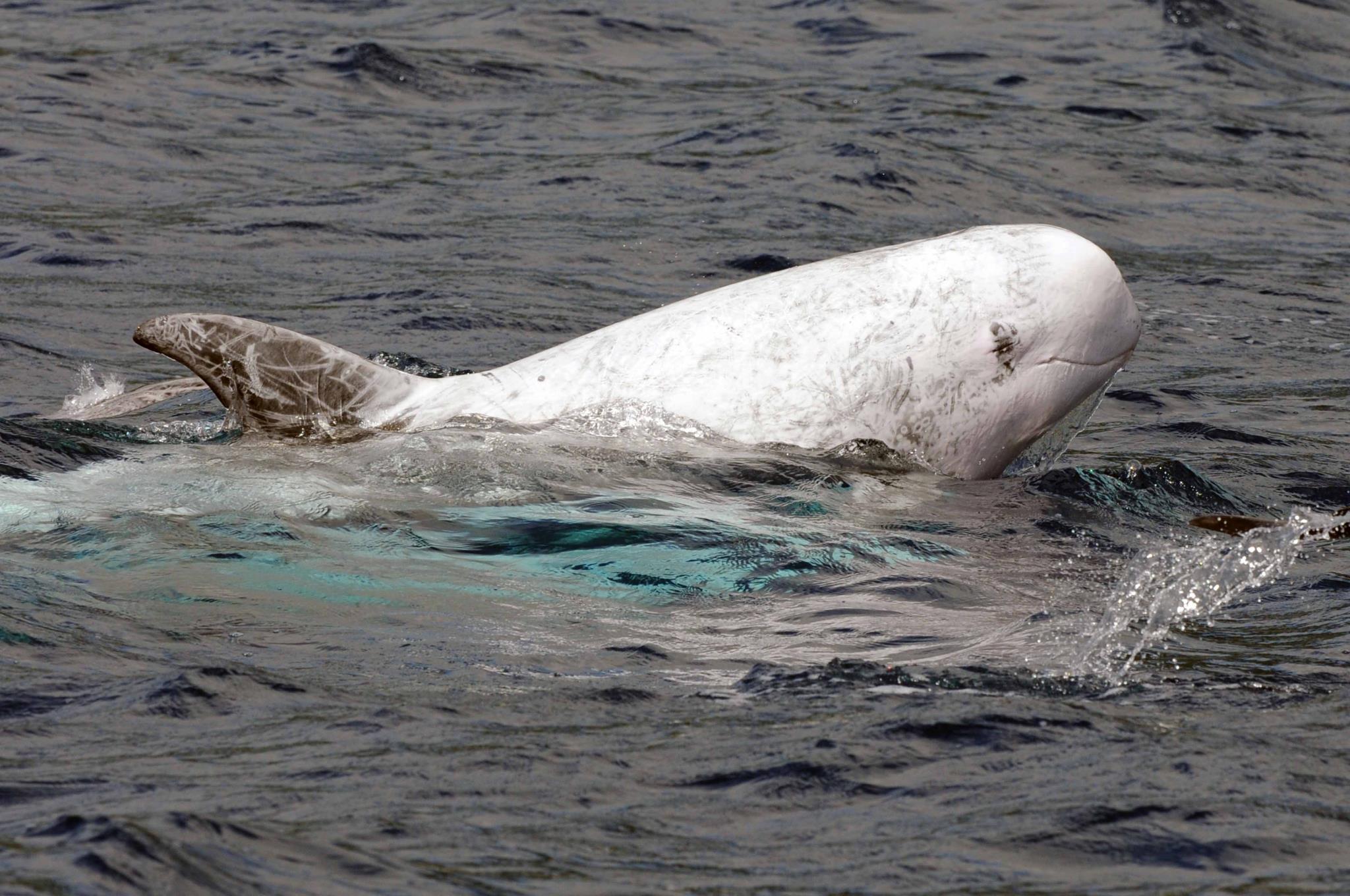 Unlike the pods of sub-adults who appear to have something to prove and race around, cavorting and consorting with females (and chasing northern bottlenose whales and pilot whales as in my previous blog), these old white males move leisurely and just seem to want an easy life. This group of five were minding their own business. 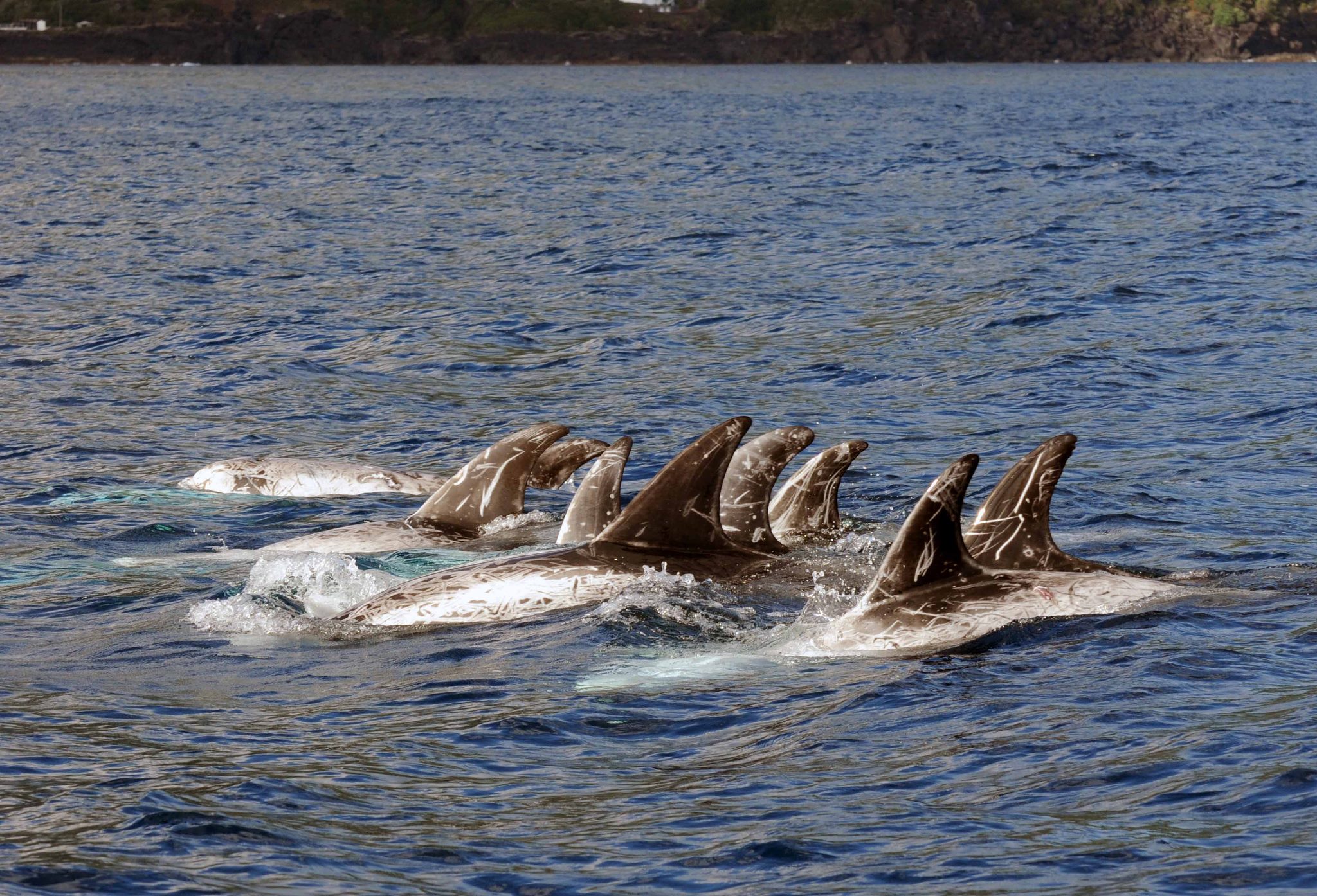 Every time we see a Risso’s pod approaching, there is an expectation and a hope of seeing mother and calf pairs. This is the first summer season that the sub-adults and old bachelors groups have made up the majority of pods seen. There have been new-born calves in my few weeks here but less mother and calf pairs than in previous years – when the study area has been full of mother Risso’s and their young calves. I was lucky enough, however, to see this lovely yellow-faced youngster quite far offshore one lovely calm day last week. 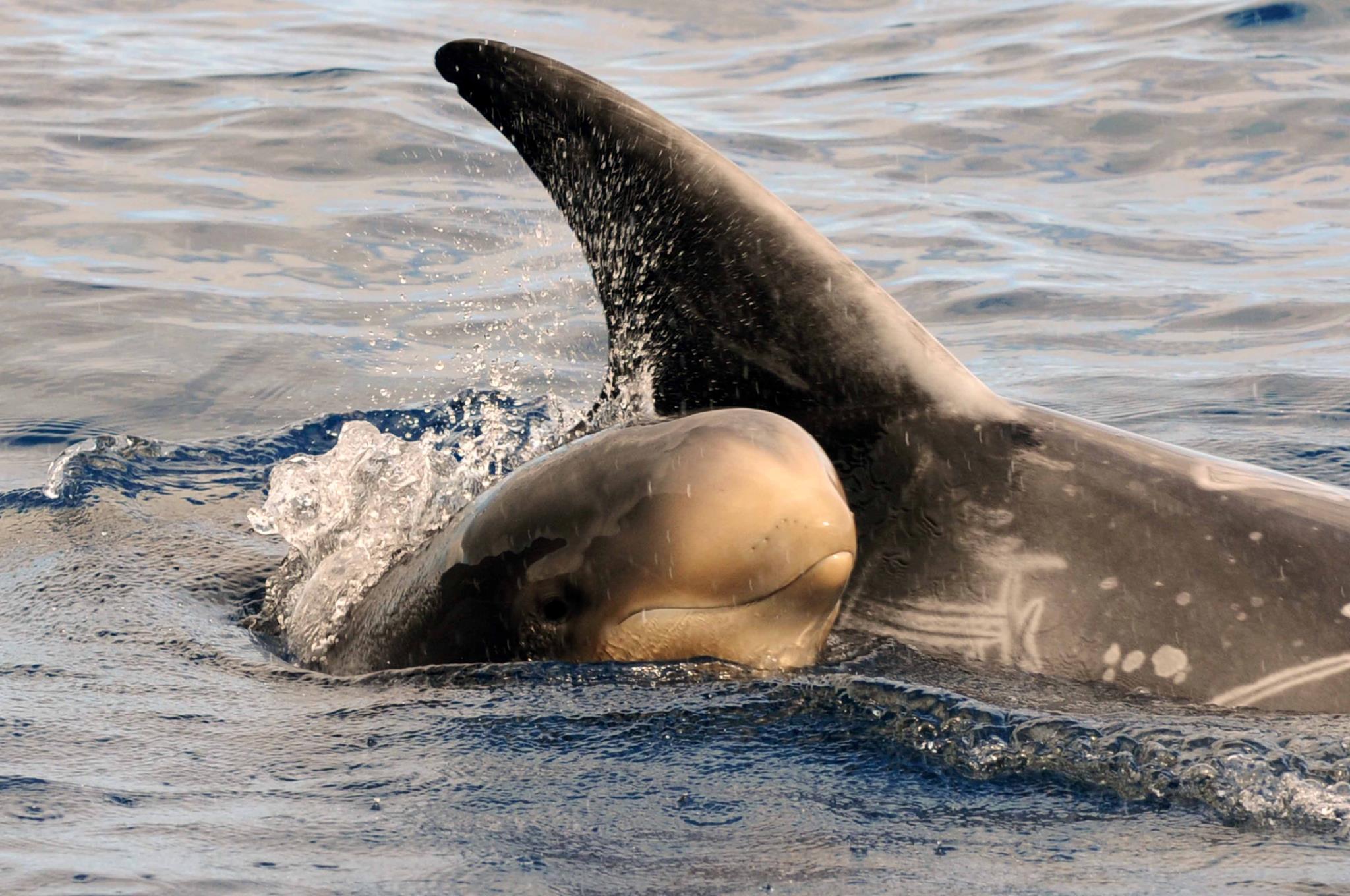 Seeing so few mother-calf pairs is a cause of note and concern, as this is recognised as an important calving area that is close to shore – just like our Risso’s study site in Scotland. 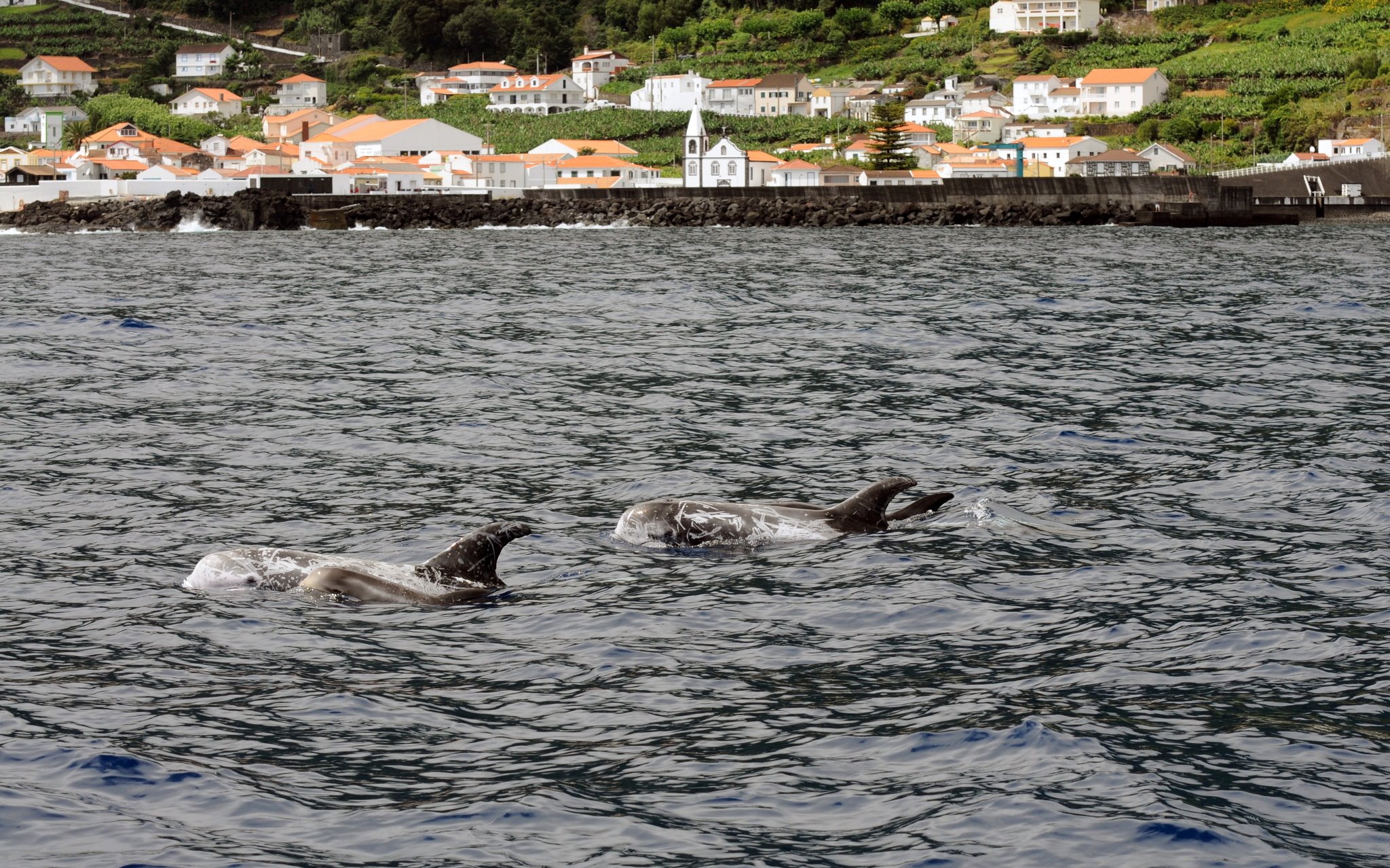 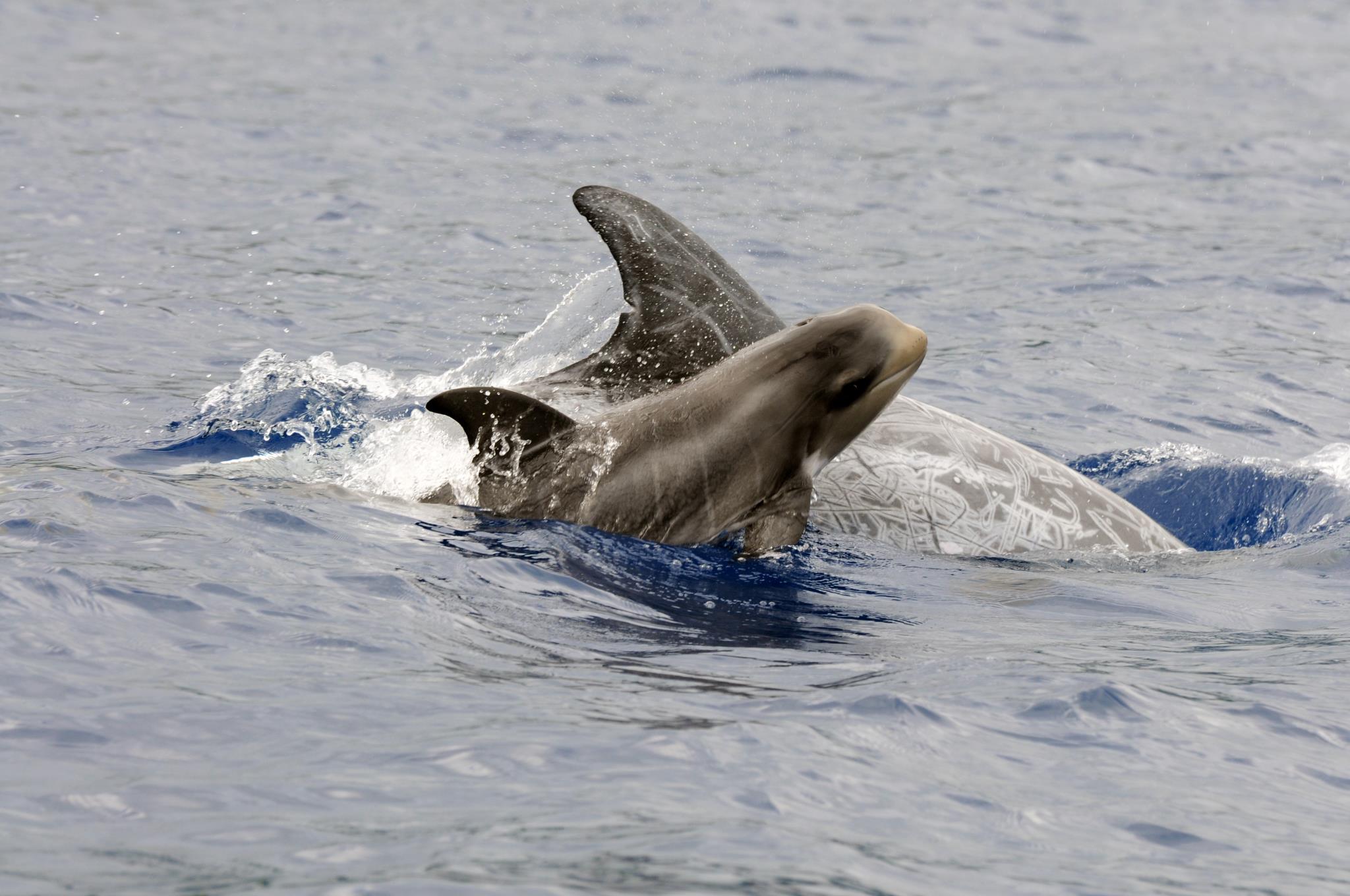 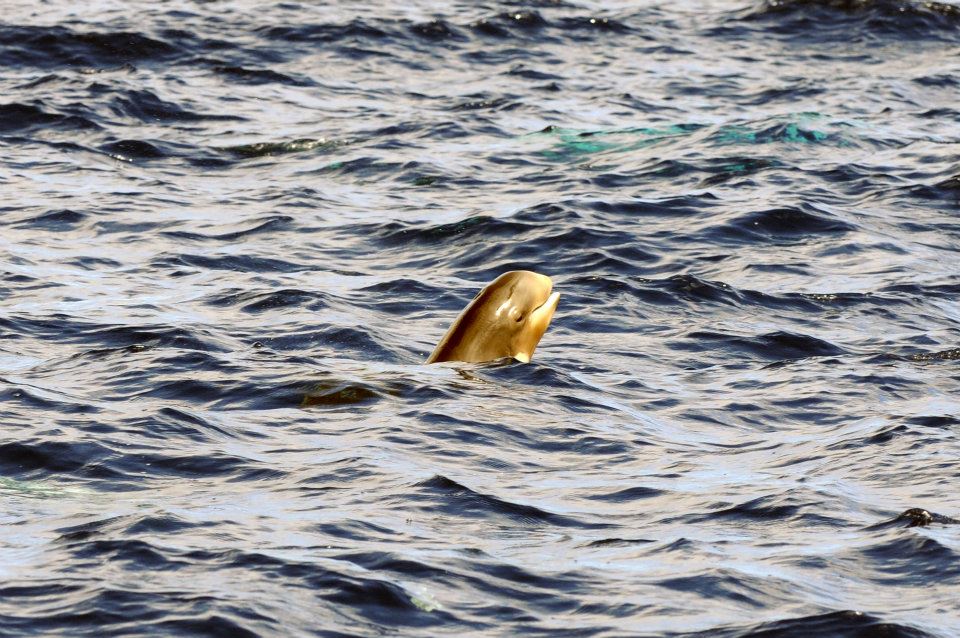 The Risso’s dolphins here are more plentiful and much easier to find than back at home in Scotland. Having been studied for 15 years now, most of the individuals and groups that we have encountered are known, and well-studied. Knowing who likes to hang out with who, the number of calves that a female has had, when she had them and if they survived, as well as the ages and the sex of each dolphin only comes with a serious investment of time and is a massive undertaking. These are questions that we are still grappling with in Scotland, with only 5 years of data so far. 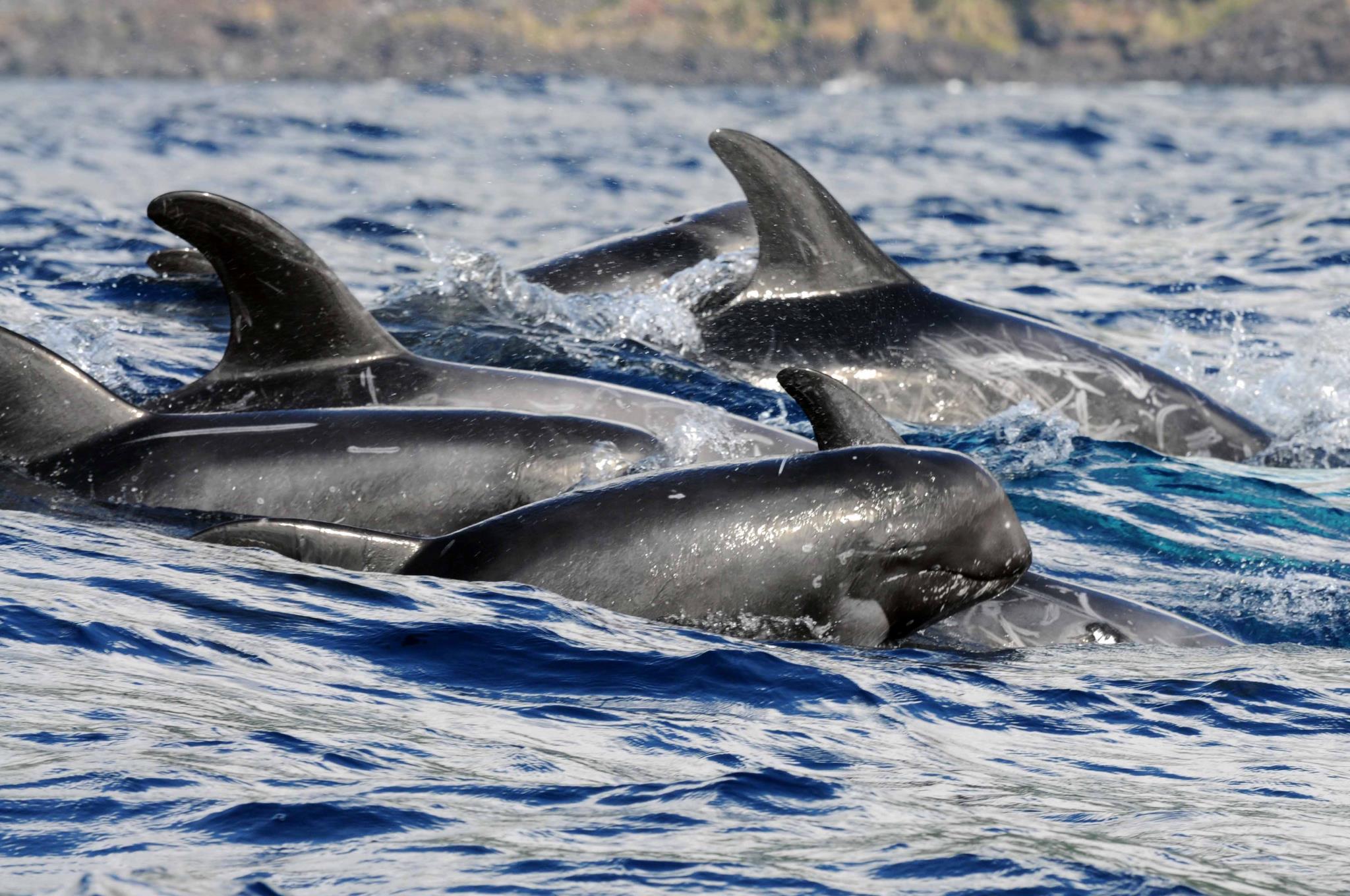 I suspect there are more Risso’s here off Pico than off Lewis also because there are striking differences in human interactions between the two study sites. Whilst both populations likely have noisy military exercises to contend with, the Azorean Risso’s interact primarily with whale watching boats (shown to have an impact when more than 5 vessels are present) and swim with programmes, whilst in Scotland there are almost never other boats interacting with the dolphins when we study them, but often large fishing vessels in the vicinity and coastal dredging of their habitats is a primary concern. 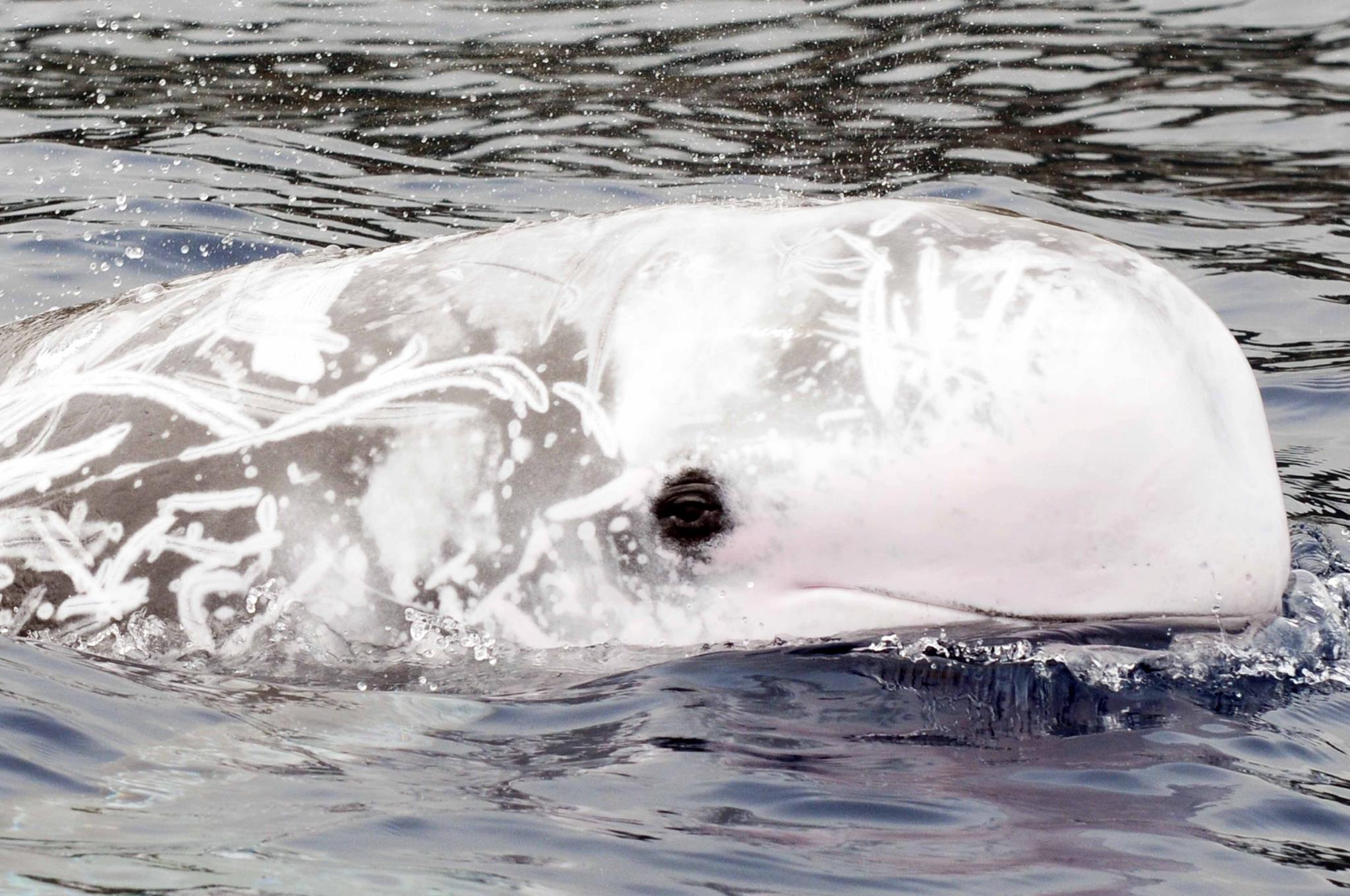 Identifying individuals, where they hang out and potential impacts are the first important steps to better conservation of the Risso’s dolphins and their habitats – through precautionary managment of human activities. 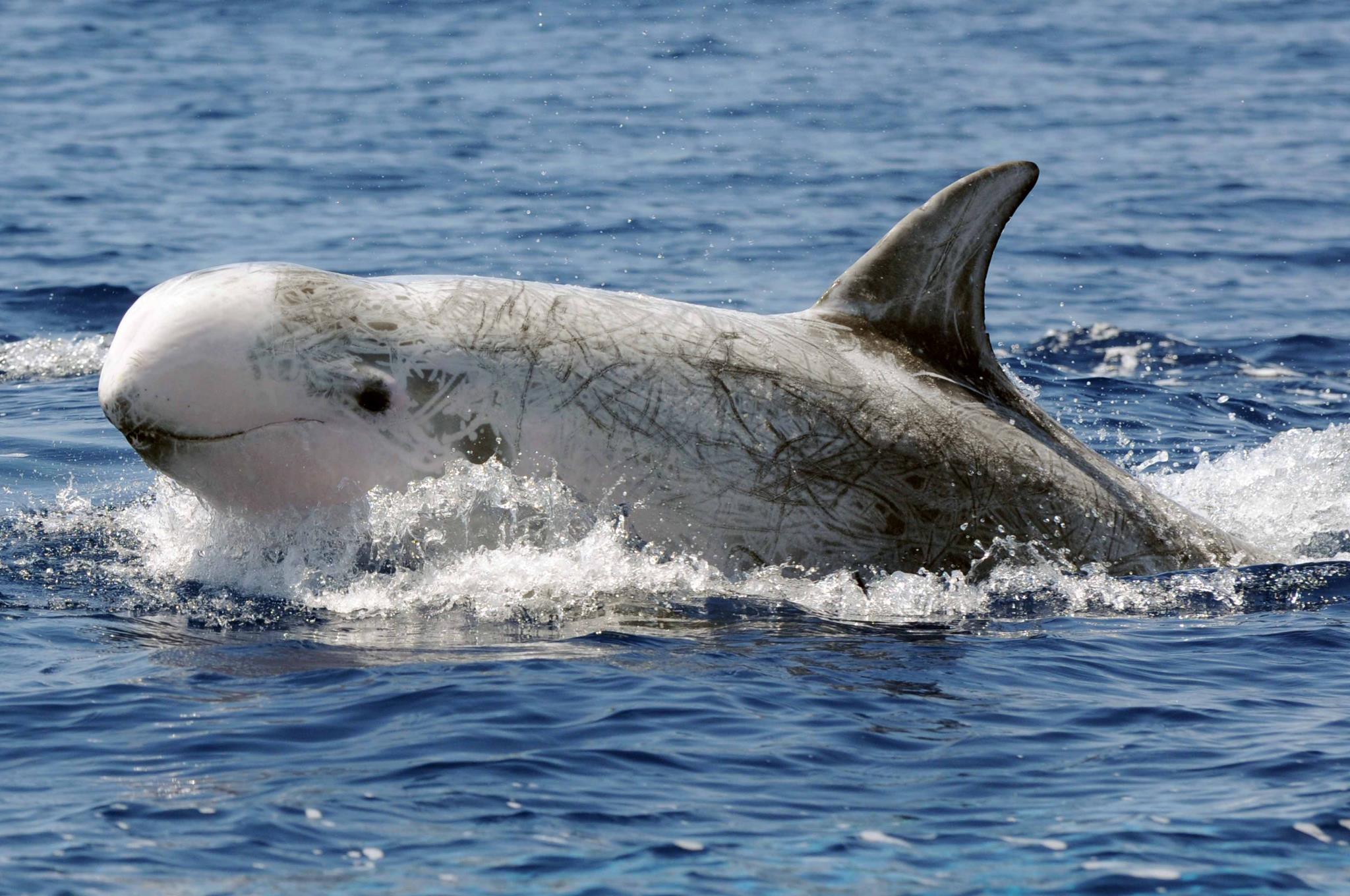