Sperm whales are among the many deep water species that I have been lucky enough to have seen in the last week (including Northern bottlenose whales, Sowerby’s beaked whales, pilot whales, Risso’s dolphins…) off Pico in the Azores. Sperm whales are the largest of the toothed whales, one of the deepest diving and perhaps the most incredible looking. Volcanic islands make ideal habitats for such species, where the steep sides of the underwater mountain chain quickly drops away to more than 2,000 metres and mixing waters produce nutrients from the depths. Productivity attracts cephalopods galore – of all sizes! Cephalopods are a favoured food of the female and calf sperm whales that are resident here.

The largest catalogue of Atlantic sperm whale flukes has been collated here by Lisa Steiner.  It holds the secrets of the lives of these ocean giants that we are trying to unravel. A passing male sperm whale photographed here in 2003 has since been sighted off Norway. Another male was seen here in 2008 & again in 2012, which is quite unusual for males here, as unlike the females, they are usually only seen once & never again!

A female photographed here was then photographed in the Canary Islands by SECAC. These whales have adventures that take them on routes with trusted consorts that we know almost nothing about.

The females are noticably smaller than the male sperm whales that I have previously seen on Antarctic voyages, yet are hardly better understood.

Islanders are clearly proud of their connections to the whales, in the whales embossed on the tiles on the streets and in the hotel and café names around the islands. This is also evidenced in the museums documenting the whaling history of the islands.

Sperm whale hunting began in Azorean waters in the latter half of the eighteenth century with American colonists. Shore whaling was established about a century later. Life was hard on the islands at that time and all of the Azorean islands were active in the industry, producing oil and flour that was used as fertiliser and fed to domesticated animals. The industry only ceased in 1987. 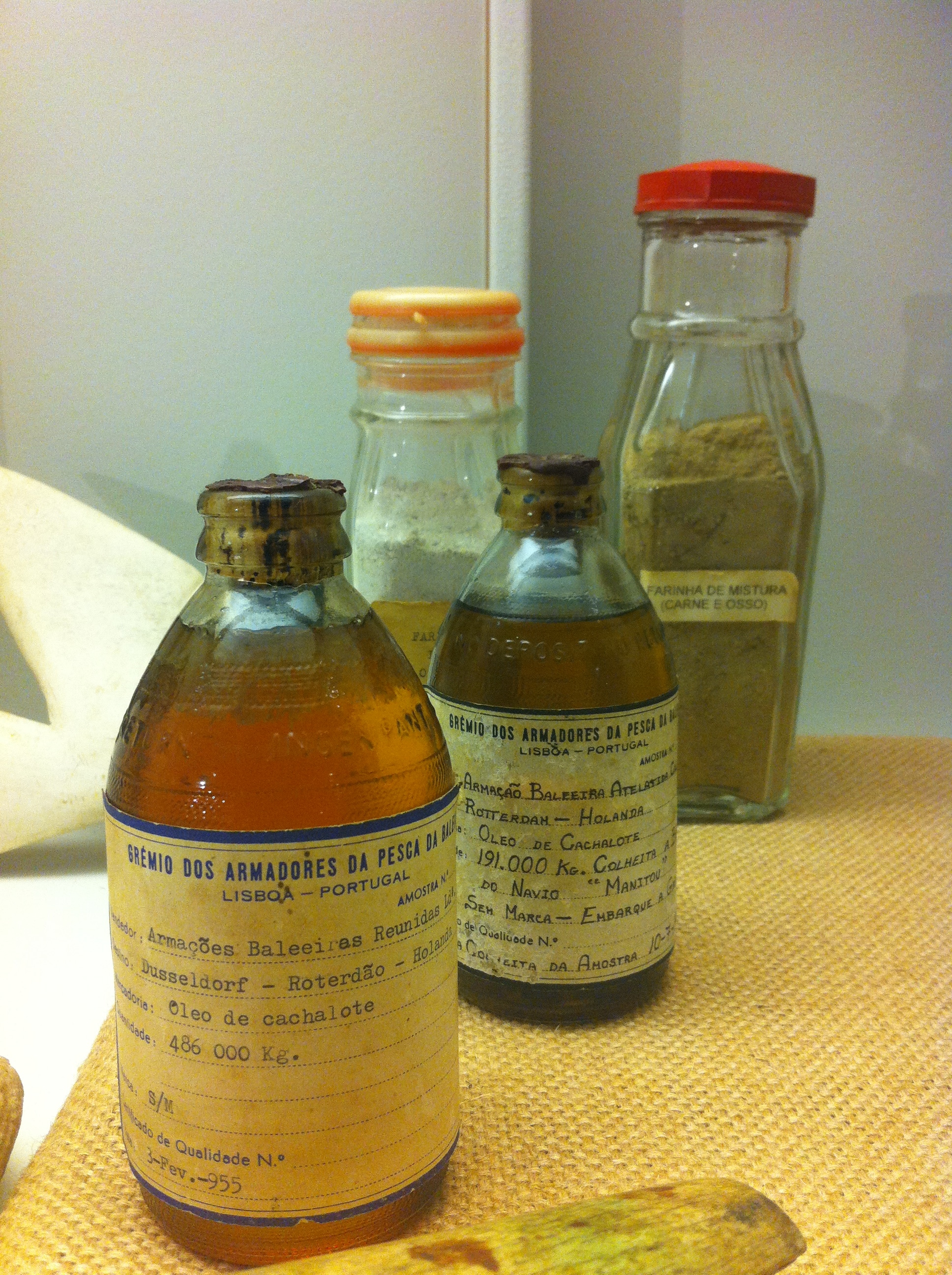 Land-based look-outs or vigias were used to observe large areas of sea for 30 kilometres or more, to spy whales for boats that would then go out and hunt them. Today sperm whales are the focus of an active whale watching industry and vigias continue to be used to search for whales, to enable the whale watch boats to quickly descend upon them.

Remnants of the whaling days, including traditional boats and the old whaling factories with machinery intact, remain today.

Unfortunately so does a tourist market for scrimshaw (carved sperm whale teeth and bone), which can be found in some shops still. Tourists should be aware that it is illegal to move these products from one country to another without authenticating paperwork and buying scrimshaw risks encouraging the collection of more dead whales for tourist paraphernalia. 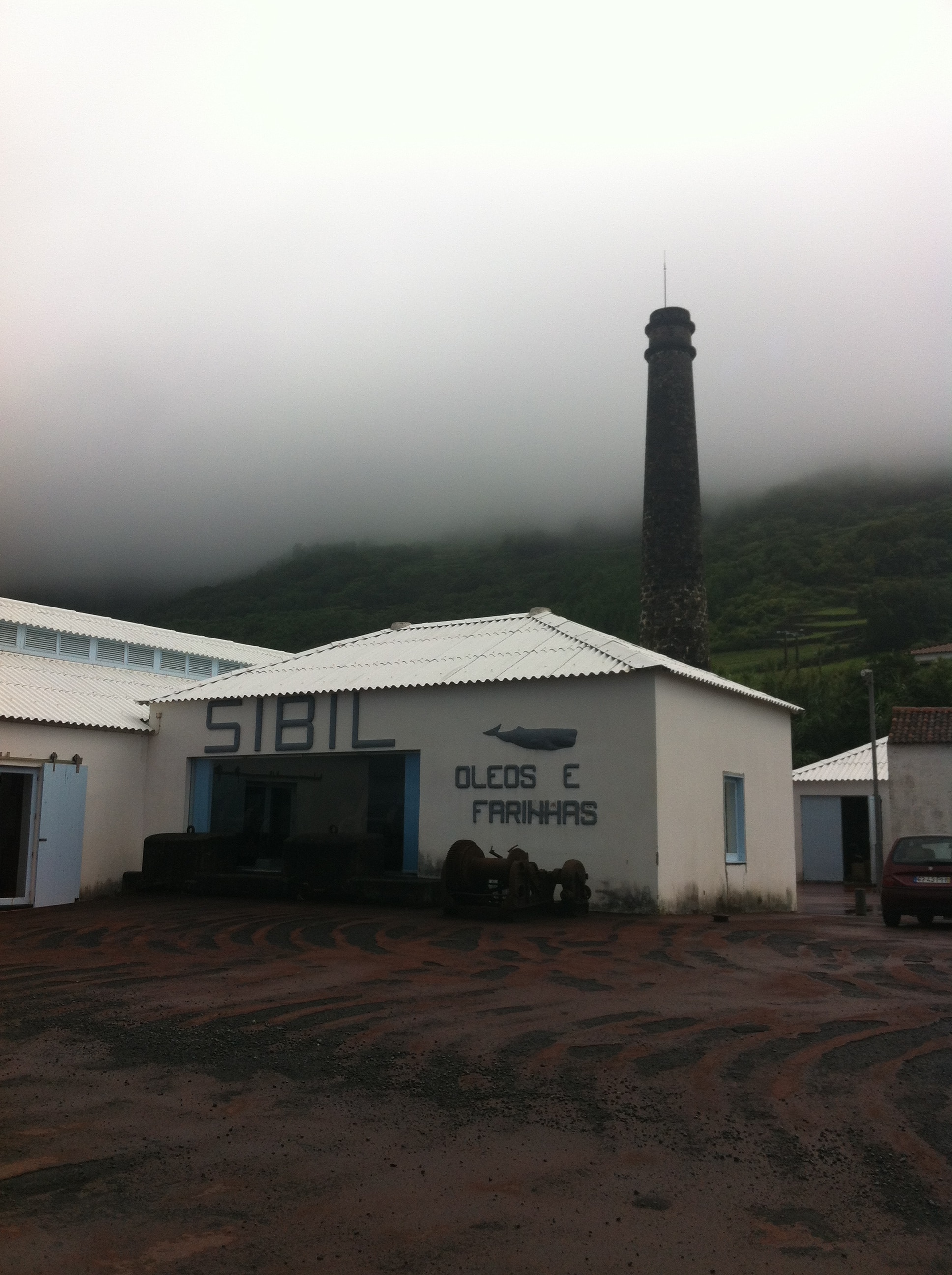 It has been calculated that there are about 360,000 sperm whales globally today, down from more than a million before whaling began. Some populations were impacted by hunting more than others – and nothing is known about the effects of whaling on social structure, and how populations are faring since the large-scale hunting of sperm whales stopped.

Given that whaling ended here less than 30 years ago, I have no doubt that some of the mothers that are resident  and resting with their young calves in the waters off the coasts of the Azores will remember…