Whales and dolphins swimming free in the ocean are the very essence of controlled grace. Stranded on shore they are pathetically helpless.

There appear to be many reasons cetaceans strand, including getting lost and confused, being sick or injured, or being chased there by predators such as sharks and orcas. Evidence is accumulating that loud noises produced by various human activities also play a role.

It is very clear that the sooner cetaceans can be rescued after coming ashore, the greater is their chance of survival. Having a pool of trained people can significantly reduce the response time of a rescue.

Courses on how to assist at a stranding are now run in many parts of the world. Last weekend I ran one in Adelaide, Australia for thirty government staff and volunteers (including two people from the board of WDC Australasia). The course involved providing people with some basic biological information on cetaceans and the ones which strand in our region, followed by step by step instruction on how to deal with different stranding scenarios.

We don’t have very many live strandings in the Adelaide area but we are certainly much better equipped to handle one quickly and effectively now! 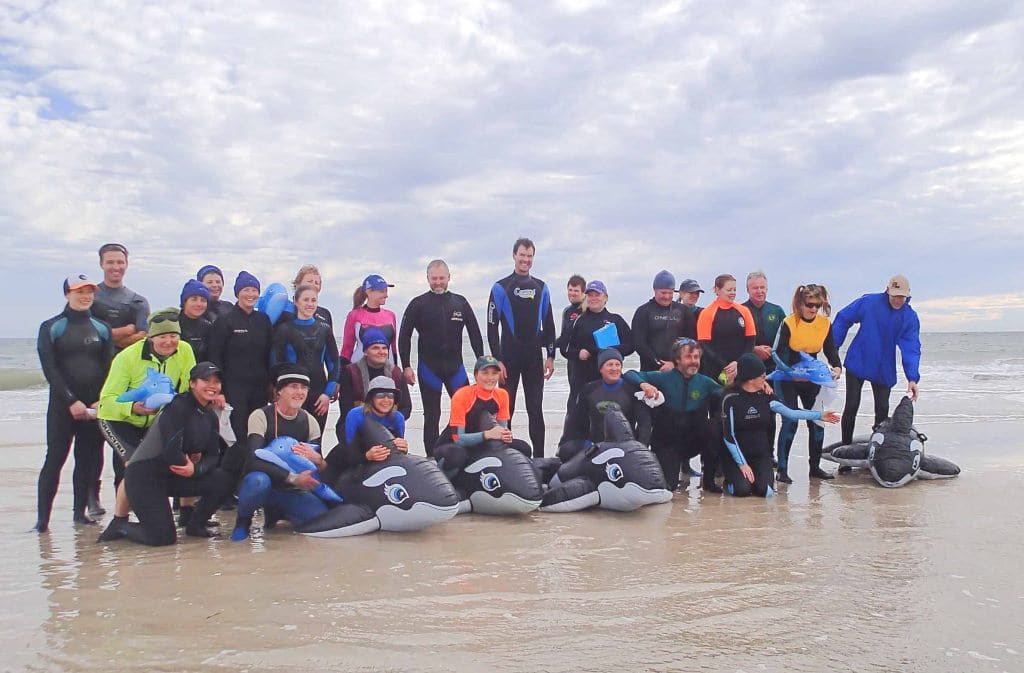