Unethical, cruel, barbaric – these are just some of the terms the world’s media has used to describe the practices of Copenhagen zoo and their decision to destroy Marius, a two year old giraffe, a result of their irresponsible captive breeding programme.

In spite of several offers from other European zoos and wildlife parks to take Marius, the decision was made to kill him with a bolt gun and feed his carcass to the zoo’s lion and tiger collection. But not before an autopsy was carried out in full view of young children visiting the zoo.

The tragic story highlights yet another example of the inconsistency surrounding captive animals. Marius is slaughtered because he was the product of inbreeding. Copenhagen Zoo’s scientific director justified this decision by arguing the gene pool needed to remain healthy to ensure the long term survival of the species.

Fast forward to another EU facility – Loro Parque in Tenerife, the largest entertainment park in the whole of Spain. There are currently six orcas on display all listed on SeaWorld’s inventory. One of the females, Kohana, became pregnant at just seven years of age and gave birth to Adan, a male, in 2010. In 2012, Kohana became pregnant again by the same male and gave birth to a female, Vicky. In the wild, female orcas typically have their first calf at the age of thirteen or fourteen. This child orca had two calves by the age of ten. Kohana rejected both calves as she had no idea what to do with them as she herself was removed far too early from her own mother. The calves had to be hand reared by their trainers but tragically, Vicky died in the summer of 2013 aged just 10 months.

The captive orca industry has a serious issue with a shallow gene pool and inbreeding is rife. The father of both Kohana’s calves was in fact her uncle. Both Adan and Vicky were blood related to over 80% of the orcas held at SeaWorld and Vicky and her mother actually share the same grandfather.

Tilikum, the disturbed, bored, frustrated, aggressive and possibly psychotic orca featured in the BAFTA-nominated film, Blackfish, has been implicated in the death of three people. Worryingly, his DNA has been inherited by most of the captive-born orcas held at SeaWorld. 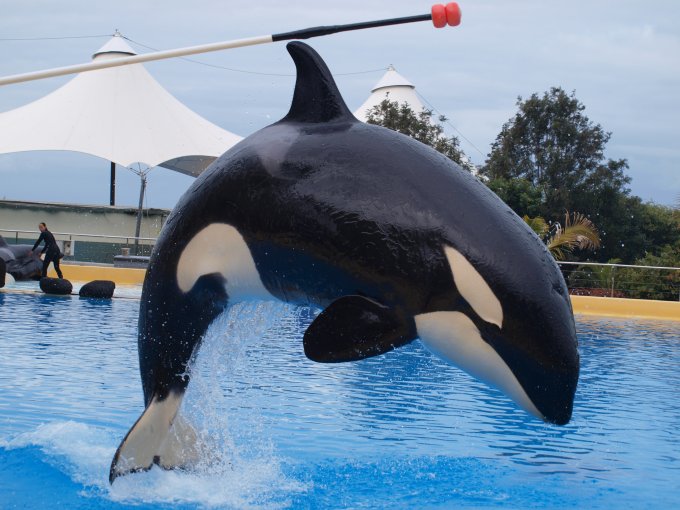 In the last two years, 8 orcas have been captured from the wild in Russian waters, destined for marine parks in both Russia and China. Russia also has a long history of trading in wild-caught belugas. Georgia Aquarium in the US is currently challenging a decision blocking the import of eighteen wild belugas into America. If this appeal is successful, eleven of these belugas are destined for SeaWorld parks. Is it too much of a stretch to think that in future, certain US facilities may be looking to boost their captive orca gene pool with wild whales?

The bigger question, however, still remains. What collective responsibility is the captivity industry taking whereby these grotesque situations, engineered by humans, allows surplus individuals to be destroyed while inbred individuals continue to be reproduced with scant regard for their health and welfare.  Shameful.