When we became aware of a new toy (Dolphin Cruiser) being marketed by LEGO which involves play dolphins, boats, and fish (labeled as dolphin food), along with an online animated game that allows you to “build your own water scooter and go waterskiing with dolphins,” our concerns were immediately raised and detailed in a letter to LEGO headquarters in Denmark and its international corporate relations team. WDC is deeply involved with wild dolphin harassment and feeding issues, especially in the U.S. where these activities are illegal under marine mammal protective legislation and are posing a real threat to dolphin conservation in hot-spot locations throughout the southeastern region of the country. 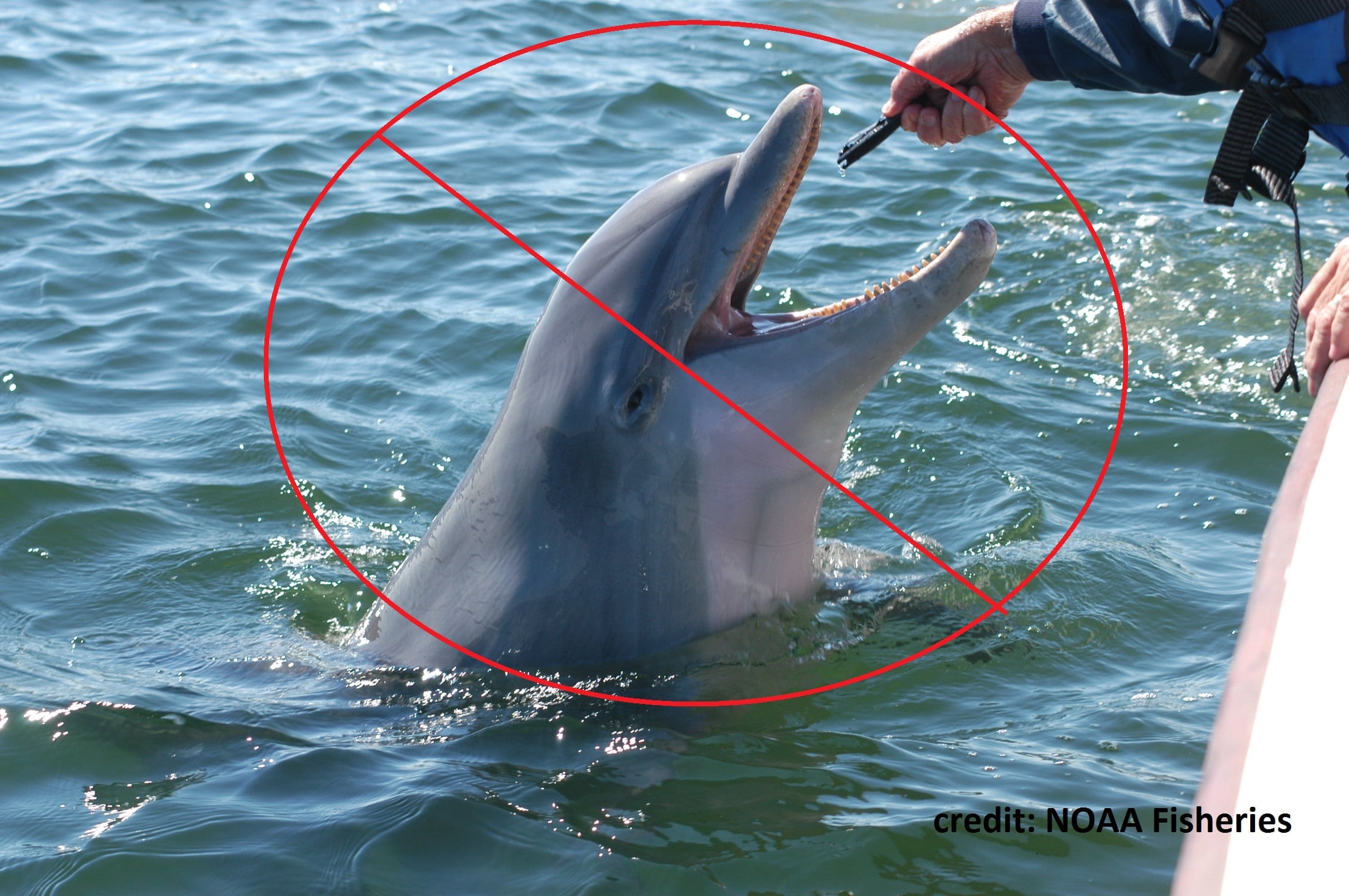 We are pleased to acknowledge the prompt response of LEGO who acted to develop a precautionary statement that it has posted on its “Lego Friends” website in association with the online Dolphin Cruiser game. This statement reads: “Build your own water scooter and go waterskiing with dolphins. When you’ve collected enough points, have a party on the yacht. (Remember that feeding and interacting with dolphins in the wild is an illegal practice as it holds serious implications for their protection and can be dangerous to people.)” We very much appreciate LEGO’s receptivity to take onboard our concerns and incorporate important messaging in certain aspects of the toy’s promotion.

However, while the disclaimer provides a clear and strong message advising against the serious consequences of interacting, or attempting to interact, with wild dolphins, WDC still has some serious concerns with the toy. Play is an integral component of building imaginations and serves as an opportunity to model positive behavior through social conditioning, learning, and imitation. In light of this, the text disclaimer may not raise the awareness necessary to override those negative behaviors implicitly and explicitly encouraged and modeled by the toy and interactive online game. Such admonishments when just provided within a written statement on the website or toy’s packaging may be overlooked and should be reinforced by a parent or adult, in any event.

Considering the illegality of such activities in the wild, we remain hopeful that we can continue our dialogue to explore further ways to enhance either the visibility of this messaging on the toy’s packaging itself (not just on the game’s website), or adaptation of the existing toy.

Plain and simple, feeding wild dolphins alters their natural behavior that puts them at risk. Wild dolphins that are unnaturally provisioned by people will associate humans with accessible food, compromising their natural foraging abilities and turn them into “beggars” that have lost their natural wariness of humans and human-related activities. Dolphins who become accustomed to human activities will frequent areas where those activities occur, including marinas and fishing grounds, placing themselves at risk of being hit by a boat or jet ski or becoming entangled in fishing gear. Activities that encourage marine mammals to identify vessels and people as food sources increase the rate of these potentially lethal interactions.

Perhaps even more concerning, dolphins are increasingly becoming the targets of directed vandalism especially in areas where human-dolphin interactions such as feeding and swimming are problematic, including the Gulf of Mexico and Florida. Between 2002 and 2012, NMFS has documented a total of 12 cases of dead dolphins with evidence of gunshot wounds, revealing the growing threat of dolphins being targeted potentially as a result of changed behaviors from being illegally fed and proximity to human commercial or recreational activities. Dolphins often depredate commercial and recreational fishing lines, taking bait or catch, and may become the target of frustrated fishermen. One dolphin was also found dead with a screwdriver lodged in its head near the Florida-Alabama border in June 2012, and reports of other directed vandalism have been received, including the feeding of toxic substances to wild dolphins.

We are working with partners to address these harmful activities, including with the National Marine Fisheries Service (NMFS) that launched a campaign in the late 1990s to specifically target the public that appears eager to get up-close-and-personal with wild dolphins. Included in these efforts is the development of the Dolphin SMART program that discourages close interaction, including swimming and feeding, by dolphin tour operators. In addition, WDC has created a reward fund to encourge the collection of information surrounding the more recent targeting, mortal wounding, and vandalism of bottlenose dolphins in the Gulf of Mexico and ultimately support law enforcement activities to investigate and prosecute these violations.

We recognize LEGO’s positive first steps but hope that LEGO might yet go further by eliminating the fish (dolphin food) component of the toy, including its precautionary statement on the actual Dolphin Cruiser product website, and considering other measures to improve the learning potential of the Dolphin Cruiser toy in response to our additional feedback.

So as the holidays approach, continue to skip the Dolphin Cruiser toy until these additional dolphin-unfriendly components are removed to ensure the toy is free from any overt promotion of interacting with dolphins. Instead, thank LEGO for their first step, but ask them to take these further steps to ensure their toys and games do not promote activities that are harmful to dolphins in the wild.