Earlier this year, the Hawai’i Fishermen’s Alliance for Conservation and Tradition, Inc. submitted a petition to the federal government seeking to identify the North Pacific population of humpback whales as one distinct population segment (DPS) and then have this DPS removed from the Endangered Species Act (ESA). WDC North America subsequently submitted comments (attached as PDF below) to the government outlining the case for why these whales should remain protected under the ESA.  WDC emphasized that the North Pacific humpback whales appear to be composed of more than just one population, and therefore would not qualify as a DPS. Now a recent study has been published that supports these claims, and proposes that there are actually five distinct populations of humpback whales in the North Pacific. 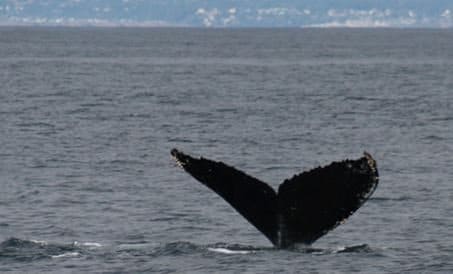 Researchers collected tissue samples from humpback whales across the North Pacific, and were able to identify five distinct groups based on DNA analysis. They concluded that these whales have high site fidelity, meaning that they return to the same feeding and breeding grounds each year, usually based on where their mothers first brought them as calves. Although a few whales might go to a different feeding or breeding ground each year, there is not enough genetic mixing involved to result in a single population of North Pacific humpback whales.

WDC is hopeful that this new research, along with our comments,  will result in a denial of the petition to delist the North Pacific humpback whale from the ESA, as these populations are still facing many threats to their recovery including entanglements in fishing gear, vessel strikes, habitat degradation and climate change, and cannot afford to lose the protections that they receive as an officially recognized endangered species.