It seems Blackfish has struck another blow against Sea World and the keeping of orcas. 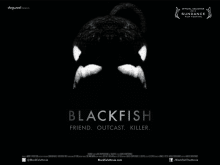 The Mail online reports that following a ‘national outcry over the treatment of orca whales at SeaWorld’ the Canadian band, ‘Barenaked Ladies’ have cancelled an upcoming concert at the Sea World theme park.

The Mail reports that, ‘The decision came after after drummer Tyler Stewart, 46, watched Blackfish, a documentary about the SeaWorld trainer who was killed in 2010 by an orca named Tilikum, which aired on CNN last month.

The controversial story sparked outrage and fans launched an online petition last week asking the group to cancel their show at SeaWorld’s Orlando park on February 15, 2014, during its Bands, Brew & BBQ event.’

WDC welcomes this move by ‘Barenaked Ladies’. We also hope that investors in Sea World are watching how public opinion is swinging against this industry and that this is another step closer to Sea World becoming a normal visitor attraction without having to exhibit whales and dolphins.

If you want to know more about Sea World, you could not do better than read David Kirby’s book ‘Death At SeaWorld’ available from WDC.