It has been 8 months since the migratory ‘vols’ (residential volunteers) arrived in Spey Bay to volunteer at the Scottish Dolphin Centre for the season (until the end of October). Julie, Leanne, Ruth, Tessa and Gail arrived at the end of February, to a rather wintery bay.

We saw our first dolphins of the season after just 2 weeks, 5 excited ‘vols’ gambling onto shorewatch hill like spring lambs – fabulous. For most of the summer we saw them almost every day! The range of wildlife here is fantastic, it has also changed so much since we arrived…..early spring (March/April) we saw lots of Golden eye ducks, Long tailed ducks, Red breasted mergansers, Wigeon and Teal. 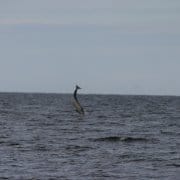 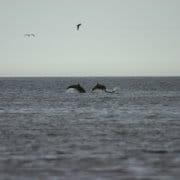 Our first Osprey sighting was on 4th April, from then until the 21st September we saw them most days, often 2 or 3 at once. 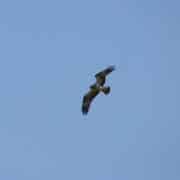 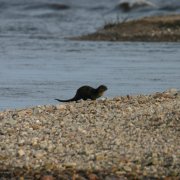 First Otter sighting was on the 3rd May, we still see the otter on average twice a month but not in any regular pattern. Early May also say the late arrival of many of the small migratory species such as the warblers (willow, sedge), Artic and common tern numbers increased. 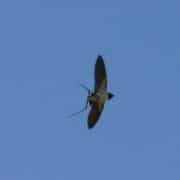 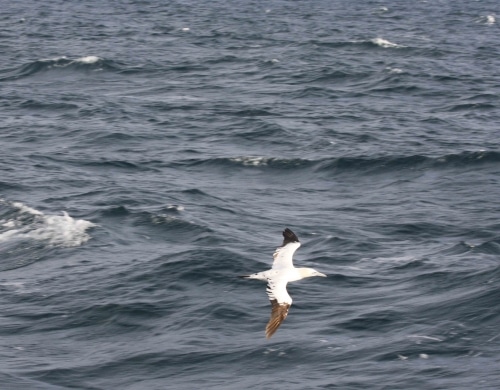 Swallows, House martins, Sand martins and Swifts all treated us to spectacular flying displays. Fantastic Gannets were a regular sight too.

Although we lost Leanne, one of our education volunteers (back home) in June, her place was taken by Sara (from Spain). Our summer schedules were so busy with daily tour talks, guided walks, education visits, children’s summer club, Shorewatch (dolphin watching), and the general talking to visitors about whales, dolphins and all the other wildlife, it has given me so much confidence to go on and look for a job in the conservation / outdoor/community engagement field. The summer months were incredible with record breaking visitor numbers and donations, it all seems like a blur now.

September saw things slowing down a little and we had a chance to catch our breath. The wildlife started to change hugely over the month, with our summer visitors leaving and some passage migrants starting to arrive. There were lots of different waders starting to appear on the estuary, Dunlin, Knot, Curlew sandpiper, both Bar-tailed and Black-tailed godwits.  The time here seems to have gone so quickly in some ways and yet slowly in others. Sometimes my old life in the city in Glasgow seems such a very long time ago. Yet the thought of returning there already seems too soon.

Now at the end of October the centre is relatively quiet, we had our children’s club running over the October school holidays and a Halloween event last weekend, which went well. The wildlife has almost come full circle with the return of the Teal, Red breasted mergansers and Widgeon. There are regular skeins of geese flying overhead and occasionally popping in for a visit (brent, barnacle, pink foot, greylag), we have had regular visits from small flocks of Whooper swans too. A single Grey plover graced us with its presence last week. The Red throated divers are mostly in their winter plumage now and scores of Curlew have descended on the fields around the centre.

As we prepare to leave, it is not only a time for reflection but also there is the question of what comes next! With Tessa off to Australia for her next big adventure, Sara returning to Spain, Julie and Ruth heading back to the south of England and me heading back to Glasgow, it will be interesting to see where we all are in a year’s time.

Spey Bay is a very special place, if you have not visited this year then maybe you should put it in your diary for next! 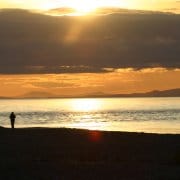