A decision was made this week by the Scottish Ministers to allow a major and novel tidal array off the north coast of the Scottish mainland. WDC are supportive of responsible marine renewable energy and recognising the very serious implications of climate change for whales, dolphins and porpoises, we hope that it can become part of a more sustainable energy future. 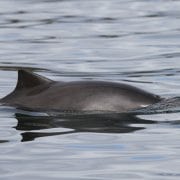 But we have very serious concerns about the levels of uncertainty surrounding some proposed tidal developments, where predictions are made of collisions with marine mammals, but without any real life data to inform these models. Developers and scientists are really feeling their way in the dark.

WDC made a conditional objection to this tidal application. This means we objected unless specific conditions were put in place. We stated strong concerns about the huge number of turbines being placed in the water at once. We requested a precautionary approach, including that the number of turbines allowed initially be dramatically reduced, and that detailed monitoring be undertaken until impacts can be fully assessed. The developers need to demonstrate that the models they have included in their environmental impact assessments are inaccurate and that no whales, dolphins, porpoises, seals or any other of Scotlands’ amazing marine life are killed or injured in the operation of the turbines.

We made a number of other requests, including that a panel be put together to development a robust and long term monitoring strategy to be put in place and that adequate funding be made available to enable such a monitoring scheme to be implemented. We requested to be involved in this process.

Having considered the developers assessment, on the advice of Scottish Natural Heritage, the representation by WDC and many other bodies, Scottish Ministers have allowed 6 turbines to go ahead initially. The impact of these 6 turbines is to be monitored in full before Scottish Ministers agree to further stages of development.

WDC are supportive of this cautious approach to development that we hope means we will be able to rule out any impacts to whales, dolphins, porpoises, seals and other marine life. Any impacts that may occur we hope will be understood and mitigated against appropriately. The full decision can be found on the Scottish Government website here.