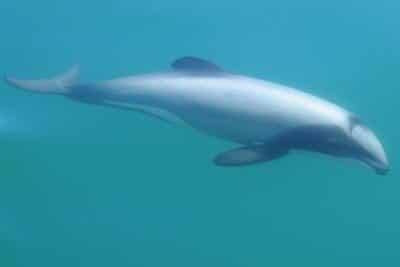 New Zealand Minister for Conservation Dr Nick Smith recently announced a 350km2 extension to the set netting ban in the North Taranaki Bight. Any extension to the tiny protected area for the NZ Dolphin is welcome but this announcement seems designed to delay and possibly even avoid the major extension to protection measures required to protect these dolphins.

The North Island population of the NZ Dolphin (often referred to as Maui’s Dolphin) has been reduced to fewer than a hundred individuals. Scientific projections indicate that we cannot afford to lose more than one dolphin every 16 years as a result of human activities if we are to stop this population becoming extinct.

WDC is adamant that the only way to provide proper protection for the New Zealand Dolphin is to declare a sanctuary for the species covering the species’ known range around both the North and South Islands, as well as providing a corridor between the two islands. Set nets and trawling are the main causes of death in these dolphins; it is also important to protect the habitat of these unique dolphins.